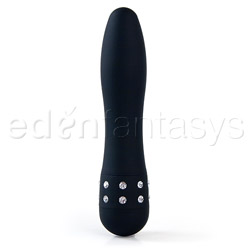 Diamond Princess "Titles can be deceiving"

I cannot honestly ever remember reading instructions for a vibrating sex toy, maybe it's a guy thing. The packaging was different, but as usual it's like Christmas time at our home with new toys. The packaging and box gets ripped open and we start playing with the new toy.