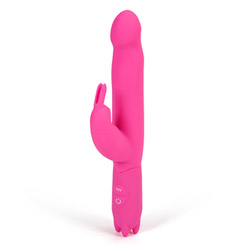 Good Rabbit, when on sale

This toy works well for us as part of foreplay or after sex when I'm worn out, and she could use more stimulation.

The toy is constructed out of body safe silicone on the parts that are inserted, or that will be against the skin. The battery compartment and controls portion of the toy are made out of a nice plastic. Because the inserted and body contact parts are silicone this toy can be sanitized, which is a great plus!

The toy is smooth, which makes it easy to insert with minimal lubrication. I found the toy to have a very mild smell initially; however, this has dissipated since it excited the packaging. 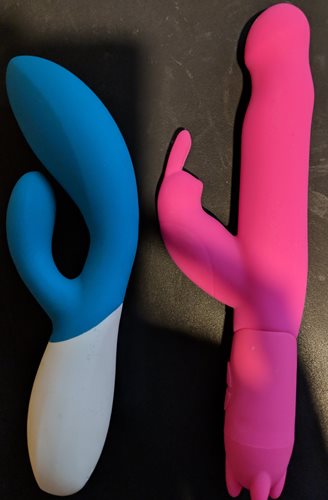 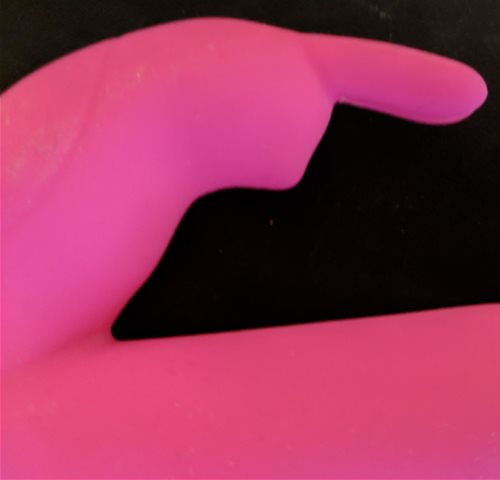 The toy is powered by 2 AAA batteries and seems to lack the intensity of the most of the Lelo and other luxury vibrators we have. It also was really difficult to tell the difference between the 10 vibrating modes and the toy doesn't offer any controls to increase/decrease the intensity, which at the retail price point I would have expected. The vibrations are also rather buzzy compared to other toys we have in this price range; however, the bunny ears likely would have the same impact regardless and are quite enjoyable even with the buzz for my fiancée.

The battery cap looks to be sealed; however, I wouldn't try using this toy submerged, but it appears to be waterproof for shower play or cleaning.

The controls are conveniently placed, and pretty straightforward as one button turns the toy on/off and the other changes the vibration pattern in use.

The toy is waterproof and silicone, you should only use water-based lubrication as other lubricants may cause issues w/ the silicone. But this also makes it super easy to clean with minimal effort with warm/soapy water after use. And you can sterilize the silicone should you be sharing the toy.

The toy is reasonably easy to store as long as it isn't against other silicone toys. It doesn't come with a storage case/bag so if you have too many loose silicone toys it may be difficult to store.
This product was provided free of charge to the reviewer. This review is in compliance with the FTC guidelines.