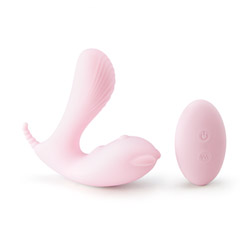 I unintentionally became addicted to Cara. I adore how it presses against my G-Spot while I go about my daily life. I can discreetly, pleasurably practice doing kegel exercises while doing everyday activities - be it in the privacy of my own home, or outside. I only wish it lasted longer per charge.
Pros:
Silicone
Waterproof
Rechargeable
10/10 Kegel Exerciser
Cons:
Remote isn't rechargeable
Only lasts ~60min per charge
Rating by reviewer:
5
extremely useful review

Cara arrived in Eden's usual discreet, brown, cardboard box; the return address read as 'Web Merchants Inc.'. The box Cara was housed in itself was a lovely combination of white & pink; completely shrink-wrapped! I remember thinking to myself, 'damn, this is aesthetically pleasing'. It has a basic image of itself and the remote on the front, as well as some technical details on the back. You can see both below: 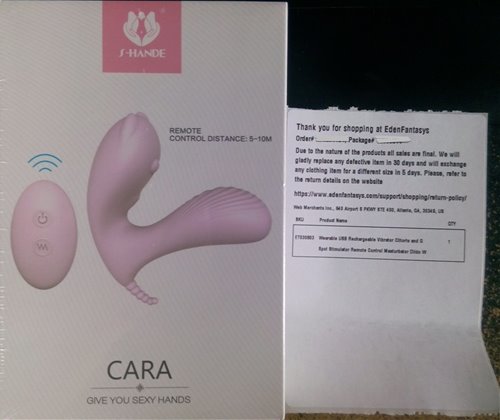 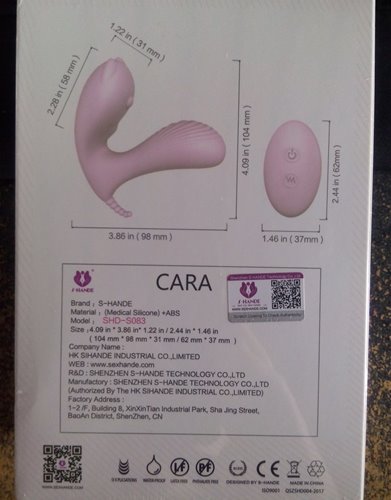 Inside, Cara, its remote, and USB charger are housed in an opaque plastic baggie and cushioned in a foam cutout to keep them safe. Beneath the foam cutout was a quick start guide with some basic instructions and a thank-you card: 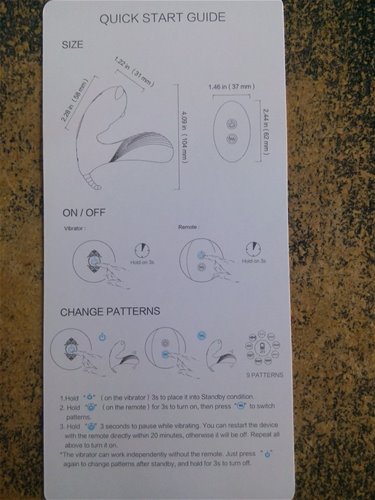 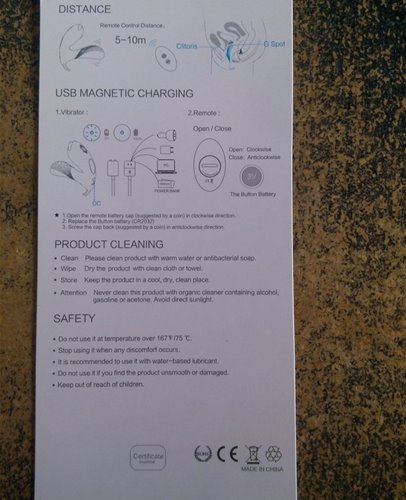 The toy itself is very pretty; choice of color is on point - not really falling into the typical magenta/violet/black/red/white trend. When I first held Cara in my hands, I was immediately pleased with the silicone's texture - I was unable to find a single seam. After that first inspection, I grabbed the USB charger, hooked it up to a port on my PC, and my smile only grew when I saw the magnetic charging port - !!! - no questionable membranes to penetrate on waterproof toys and hope they're leakproof, no odd angles and trying to aim for what felt like the charging port's g-spot. The silicone's quality, the charging port - these two things screamed luxury. Upon attaching itself (somewhat weakly) to the toy, Cara lit up, blinking - the standard 'message' of "charging".

In short: Best. Cleaning. Session. Ever.

The first 3 vibrations are constant and increase in strength. On the 1st vibration strength, it produces an audible hum whilst inside me - it can easily be heard if you're within 2m of me. However, on the 2nd and 3rd strengths, that hum disappears almost entirely! The remaining 6 vibration patterns can be heard if one strains their ears, but I just stick to the constant vibrations. While cleaning the house, I practiced my kegel exercises on Cara, and it felt amazing - much better than any of my Ben Wa balls. It made vacuuming much more entertaining, and a lot hotter when I could feel my wet dripping between my legs from the stimulation. All these things aside, Cara couldn't make me orgasm - which didn't really surprise me, as I have a very hard time climaxing.

Cara gets hot within 10 minutes of use. Really hot - almost painfully hot. Frankly, I was alarmed as it kept getting hotter and hotter, and was constantly contemplating removing it. It buzzed away inside of me for about an hour on the 3rd vibration speed before shutting off and having to be recharged. The remote comes with an uncommon 3V battery; it's a shame the remote itself isn't rechargeable as well.

I tried using a water-based lube in tandem with Cara; it made my kegel exercises more difficult (which was really fun, actually). As for cleaning - just soap & hot water does the trick - before and after each use. Surprisingly, this toy doesn't really attract that much dust and lint (most silicone toys seem to be a lint magnet).

I have anorgasmia (hard time climaxing in general), so I'm not upset that I can't orgasm with Cara, but I do love practicing my kegels with it. It's definitely an awesome toy to add to your 'everyday use' collection or to pass the remote to your significant other and let them control it on a hot date night before you head back home. If you orgasm easily or are very sensitive, I have no doubt that this toy can bring you to new heights of bliss.
This product was provided free of charge to the reviewer. This review is in compliance with the FTC guidelines.