Admitting It's Not All About You 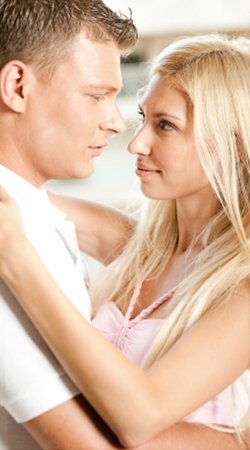 freedigitalphotos.net
Sex is a very personal thing and sometimes we get caught up in our own pleasure. While you may think you're entirely giving in bed, there are still ways to open up and consider your partner more, which in turn will help draw you closer.
I've always thought I was pretty giving in the bedroom. With almost every woman I've ever been with I've always been very concerned with making sure she was enjoying herself and having orgasms. I've always been enthusiastic about performing oral sex and generally thought I was a pretty caring lover. And I am, but recently my wife and I have been exploring different things in the bedroom and it has led to some frank discussions. And while she didn't tell me this, I found that sometimes my desire to give can be just as bad as wanting to take.

My wife and I have great sexual chemistry but she isn't in the mood as often as I am. I know that I have a freakishly high sex drive and so I have been careful not to put too much pressure on my wife those nights when she's not feeling sexy or in the mood. I'm always happy to offer a massage, a foot rub, or to rub lotion on her after a bath. And usually it's something that we both really enjoy. But as we were having these talks I realized that while I was performing selfless acts, I was often doing them for selfish reasons.

My wife relaxes when she gets a massage or a foot rub, what person doesn't? And usually when she's relaxed, and my hands are all over her she starts to get in the mood and we wind up having sex or fooling around in some form or fashion. When my wife mentioned that she hadn't been enjoying back rubs as much anymore because she didn't want to feel pressure for sex I thought about what I was doing. It's not always about me. I've known that and I think that I'm pretty giving and generous, not just in the bedroom but in just about every aspect of my life, but when it comes to sex it seems that I've always had an angle.

This thought hit me like a ton of bricks. I’ve always known that massages and foot rubs and pampering my wife can help her feel loved and appreciated and she will usually reciprocate. And that isn’t why I should be doing these things. And even consciously when I’ve been offering in the past it’s not been with me thinking “Well if I rub her back she’ll rub me later,” but subconsciously I have been thinking like that. And that’s not fair to her or to our relationship. Because she has felt that she needs to reciprocate for so many things, even when I am not intending for it to be that way, and we were caught in a vicious cycle because she would become less interested in sex and frustrate both of us more.

So we tried doing things a little differently. I began to offer ways to pamper her, but I would stipulate that no sex would be involved. A back rub is just a back rub, nothing more, nothing less. A foot rub was just because she’d been wearing heels all day and I wanted her to feel good. And it’s been incredible how appreciative she’s been, and also how different her attitude has been within the bedroom.

As we have been discussing these things she’s also realized she’s been a bit selfish as well. She’s never truly admits what she wants in sex. She, of course, will tell me what she likes and will ask for things at times, but she’s never given herself permission to really enjoy. Because of some past relationship baggage she’s always felt that I always want something other than what is occurring. I’ve tried to convey my wants and desires to her through the years and while she’s heard them, she didn’t think she’d ever let them sink in.

I mentioned earlier how I like to be giving in bed but she has always been hesitant to fully take advantage of that because of that little voice in the back of her head that is saying “Well he’s doing this, but he would really rather be having a blow job right now,” and she’d never fully relax and enjoy the moment. But now she is trying to just enjoy herself and really ask for what she wants. She has always said that she didn’t really have any fantasies, that even when she masturbated she wasn’t fantasizing just feeling good.

But in the couple of weeks since we have had this discussion she’s talked about more fantasies than she has in the decade we’ve been together. She’s letting herself accept pleasure and not worrying as much that her sexual creativity has been freed. I’ve become less focused on if I’m going to get laid later on, and she’s become more focused on what she wants from sex and not what she thinks she should want, or what I might want.

It seems odd, but in a way we’ve both become less selfish and more giving to each other. The way I am being more selfless is pretty evident, but it’s not quite so obvious with her. But by allowing herself to be more focused on her own pleasure in bed she is being more giving to me, because of the way I want to please and make her happy. We are both very happy and pleased with our sex lives now. Not that we weren’t before, but we’ve had a hard time keeping our hands off of each other for the past few weeks.

I hope that by me talking about ways my wife and I are working on improving our relationship you can find something that might apply in your own life and relationship. It’s been very interesting for both of us to open up our eyes and see things that we probably should have seen years ago, but it’s better late than never.
Tags:
Views: 1731
Related articles