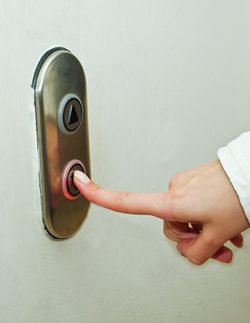 I don't believe that all things must be equal in a sexual relationship—few things in life in general, much less in any kind of human relationship, are truly equal. We all have ways in which we intentionally or unintentionally get over on someone else or receive more than another person in the course of human dynamics.
However, I do believe in quid pro quo. That is, there must be a comparable, if not equal, exchange of goods or services, so to speak, in human sexual interactions.

Oral sex is an area in which I feel very strongly about this. If you want someone to go down on you with their mouth without complaint (and ideally, with gusto and desire), then you must be willing to do the same (I know some BSDM folks in particular might debate this; I'm talking more generally, though). Will you give oral as often or as gleefully as your partner? Maybe not. Or maybe more so.

And so, after that preamble, and with my previous article addressing women (Own Your Body—All Of It), I will now address my fellow men when I say: Real men eat pussy. They also kiss ass, but more on that later, because the pussy is the big thing.

It's not that transcendent an activity for all men—perhaps not even most of them—but it need not be a chore. There's no reason to look at eating a woman out as being some unpleasant task. And even if you think it is, well...man the fuck up.

There, I said it.

In that traditional manly sense. Suck it up (literally). Jack up your pants (metaphorically). Get down to business (literally).

For God's sake: We men have a tradition of being all stoic and doing our duty and paying for dates and protecting our loved ones at the expense of our own safety, and many of us can't be cheerful about licking a vulva, sucking a clit and dipping our tongues as deeply into the vagina as we can?

I realize that as the divisions between the genders have softened and in some cases dissolved, there are less truly “manly” or “womanly” tasks. But let's face it: Realistically, men and women still have different expectations, both in terms of what they think they should do and what they think the other gender should do. 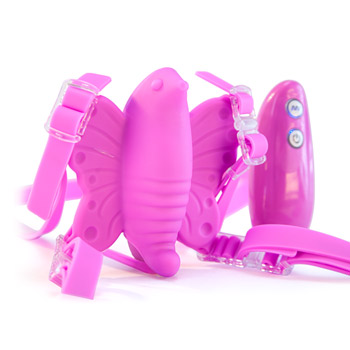 
In reality, men may have a lower pain threshold than a woman, but we're still expected to suffer in silence more. I don't see licking a woman between the legs as a form of suffering, so get to it and don't complain.

Why am I harping on this?

But to get to that point, let's address those complaints I noted.

The vaginal zone does not smell like a seafood shack. It simply does not—at least not under normal circumstances. If a woman truly smells overwhelmingly fishy down there—and I mean frightfully so—the woman quite likely has an infection. What is needed is probably some medical attention. Not douching; not ignoring it. Attention to the problem. It's also possible the woman may not have a raging infection but simply lacks thorough hygiene. Again, I don't mean lack of douching; please don't douche regularly—it's bad for the vagina. I just mean that I'm sure there are women who don't wipe or gently wash their parts in the shower very often. Both genders have their people who are averse to cleansing.

In any case, we've addressed the truly strong odor issue.

But most women don't smell that bad down there. Or bad at all. It's just that most men get a whiff of something vaguely reminiscent of fish and then recoil. They blow it up in their minds to be more than it really is, and they become total fucking wimps, much like when they get a cold and many of them revert to toddler mode and have to be taken care of all of a sudden.

You don't walk past a seafood counter in the grocery store or wander a fisherman's wharf in a place like San Francisco holding your nose or openly whining, and that's a lot more seafood-y than any vagina I've ever encountered. So keep it in perspective.

More importantly, make the smell go away. Or, rather, replace it with something more sexual, sensual and pleasant. You know, that delicately musky smell that so often gets mentioned in erotica fiction. That's the smell of arousal.

You get that scent, which will help motivate you to lick deeper and with more gusto, by arousing the woman. Dealing with a couple minutes of mildly pseudo-fishy smell to get the other scent flowing is a small (very small) price to pay. Or, you could spend some time kissing and licking her thighs, at the very least, and teasing the outer lips of her vulva with a moistened fingertip to start things on the path to better womanly perfume.

Now, about that so-called sour taste? First off, the woman you're with probably doesn't always taste even remotely sour in and around her vulva. A lot depends on circumstances. Has it been a hot, humid sweaty kind of day? Are you getting to her after she's been in the same panties all day long? Did she pee in the relatively recent past?

These and other factors will affect how the skin tastes, much like with your cock, which may not always taste all that good, either, at first (plus, the taste of semen can vary widely from day to day depending on what you eat; something I've never noticed with a woman's pussy juices—so women have that extra burden when it comes to oral sex).

The answer? Lick. And keep licking until the taste changes.

Now, if the woman has a mass of congealed nasty white gunk the moment you get down there, there may (once again) be a hygiene problem at work. Aroused womanly secretions tend to be slick, creamy and fluid. Old, crusty smegma isn't healthy or attractive and I don't recommend you chowing down on that. But just a slightly sour taste? That's life. Lick it. Lick through it. Lick past it.

As the woman becomes aroused, guess what? Her juices will flow, and her delicate skin will warm and change texture. And the taste, like the smell, typically changes and turns into something far more pleasurable.

For a small moment of bitterness, you will be rewarded with something sweeter for the remainder of your time pleasuring her with your mouth. Patience and dealing with a short-term burden on your senses will pay off in the end for both of you.

Oh, poor boy...your tongue is sore, either right after giving oral sex or the next day. Woe is you.

What's wrong with you? Stop complaining. Have you never been sore after a workout? Or had aching thighs after a fantastic session of fucking? Or tight muscles after playing some volleyball or softball or football or whatever? Or even sore finger after a lot of sexting or just typing for a job?

Get over it. We often pay for our work or for our great pleasure with small aches. Put it in perspective and move on.

Now that you've manned up in terms of the pussy (I hope), assuming you hadn't already long since done so, let's talk about kissing ass. I don't mean metaphorically kissing her ass, though that might sometimes be called for as well, especially if you fucked up in the relationship recently. I'm talking about literally putting your tongue and lips not just on her ass checks but between them.

It can be quite nice, and while I won't say that real men always kiss ass like that, I think they should strongly consider doing so.

Look, I get that we have lots of hangups about assholes and playing with them or having our own played with. Over the years, I've found it to be a wonderful place to play and be played upon. A single finger, well moistened, in my wife's asshole gently massaging while I lick her out can produce some wild orgasms.

Also, licking her asshole, kissing it and even shoving the tip of my tongue inside her anus can drive her wild. Part of it is the naughtiness, I'm sure, but there are also plenty of nerve endings down there, and they don't get play very often sexually, so they can make her (or you, for that matter, if she returns the favor) very happy.

Do I recommend eating out a woman's ass right after a shit? No. Even the best wipe-up job can't always get everything. We all know this. The anus isn't nearly as good at emptying everything out when it comes to feces as the urethra is with piss.

But generally speaking, there is no shit waiting for you just on the other side of her brown bud. Far from it. I have yet to stick my finger up my wife there during playtime and come out with shit on it. Of course I don't go sticking it inside her vagina right after because of the risk of bacterial cross-contamination, nor am I likely to suck on it until I've washed up. But really, how far into her ass do you really think you can get your tongue, unless you're Gene Simmons from the band KISS?

A little ass licking and even probing a bit into her anus, assuming it's clean, isn't going to hurt you under typical circumstances. And it will make her happy unless she's got a real hangup about her ass, but that's a whole other issue I don't have time to go into.

The ass does taste a lot different than the vulva and outer portion of the vagina. No doubt. Very different. But not shitty. There is often an earthy tone to the flavor and scent there, and sometimes a bitter tang. But the fact is that various forms of the leafy veggie endive in a salad can be bitter, and many of us happily eat it. Bitter isn't always bad. It's about context and the totality of the experience.

A lot of you guys out there, like me, have done tequila shots. Tequila, for most of us, tastes nasty. That's part of the reason we follow it up with salt and lime. Also, how many of us men who drink would turn down a chance to do a tequila body shot off a woman we found sexy?

So, try out a woman's ass sometime. You might find it's not as bad as you thought. You might, in fact, find you like it. And she probably will as well.

But if nothing else, man up and go down on her—regularly—if you don't already do so. Don't be a pussy; eat pussy.
Tags:
Views: 5295 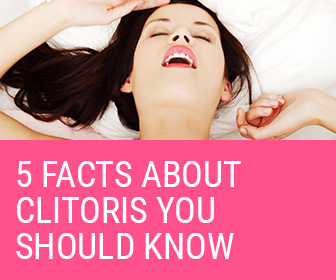