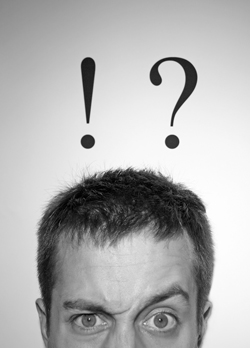 An eye-opening event this summer has me thinking: It’s time for grownups to grow up about sex education. It starts too late and ends too early. I came to this realization this summer when I got a dreaded call from my son’s camp director one Friday afternoon.
“Your son is fine but he is in trouble,” the man said. “He used bad language and if it continues, we’ll have to ask you to not bring him back to camp.” Being deeply annoyed with my son, who knows better, I kept my cool as I got to the bottom of whatever Little Boy With Big Mouth said. Over the weekend, we had the requisite chats about good camp choices, words and all.

Sex education was the furthest thang from our minds.

Until Monday morning, when I saw the director to find out the exact verbal transgressions of one precocious fourth grader who’d had the fear of the language police sitting on his shoulder like a red little devil.

“Your son got in trouble for Bad Talk.” He said.

What exactly was Bad Talk? Because if he meant back talk, I could indeed see my son having that sort of chutzpah - not exactly something you want to press out of a natural born leader, but certainly behavior that needed parental guidance.

The counselor insisted it was Bad Talk, and only from his sideways glance did it register.

Sex education was on his mind.

That’s when the story came out, along with my boiled bunny. My 10-year-old overheard an older boy state that he was praying for his mom and dad to have another baby.

To which my smarty-pants son replied, “Babies come from moms and dads. Your mom and dad make them.”

No mention of the dreaded S-E-X word was made, nor any specifics of how would-be parents created little wonders (with legitimate Bad Talk spicing up the act. But I digress).

I looked at the camp director in disbelief. (Why, in the 21st century, do we still have to protest this shit?) With the amount of sexy going all across the media in the faces of our children, why are we so uncomfortable when they are informed about the biology of our bodies, the joys of sexuality, or the miracle of creation?

It was a learning moment for me. The man in front of me was a person with some authority in the community. The gentle side of my Inner Bitch took over.

“My son has asked about sex and gotten straight answers about how babies are made,” I said. “You see, we are past the biology stuff, naming his body parts and all that.”

There was no stopping girrrrllll now.

“We are now talking about things like mutual respect and pleasure, and sex is how grownups show their love and affection for one another. He knows this is something that adults do and that sex is how we play together when we love one another.”

She was on a ggrrrrrrroll.

“He knows making love is sacred, and that God made our bodies to make babies, and that sex isn’t just for making babies. We’ve talked about No means No, and that he mustn’t force himself on someone, and that someday soon puberty’s going hit, and his body is going to change, and he can always ask me anything he wants about what’s going on.”

I may have gone a tad bit over the top. Just sayin'.

I saw a bit of the fear of the female face of God in the camp director’s face. “I know and I agree with you,” he said. “It’s just that some of the families here are very conservative and don’t want their kids to know about that.”

“Sir, if they don’t let their kids know by age 8 what’s going on, someone else will make sure they know by age 10. My children are educated. I won’t apologize for that. Nor will I make my son feel bad for knowing what he knows, nor ask him to act dumb when he knows better.”

With that, the conversation was over, but not my reflections on the state of sex education in our society.

How do we navigate these treacherous times for vaginas and uteri? It seems to me that the movement to limit women’s reproductive rights coincides with the dismal lack of agreement on what our kids should know and when they should know it. Ask the child development experts and the consensus is clear – age appropriate means starting early and chatting often so that kids are empowered to take tender loving care of themselves. The resistance to meaningful shifts in how we teach sex comes fast and furious, often from the same camp that prefers women pregnant and in front of an oven, doped out from the fear of a vengeful, sex-shaming creator.

Excuse me if I just point out that if you believe in an omniscient, all knowing and powerful God, then how in tarnation's name did the devil slap on the genitals behind the Good Ol’ Mighty’s back? (I know, I know, me hearith the protests now. Logic doesn’t go over so well with tales of temptation and damnation. But I digress again).

Parents who refuse to have The Talk often and early are missing the chance to gauge what’s going on in their kids’ minds, sexually speaking. And a LOT is going on. With one of each, I know it’s not just little boys who are curious. My preschool daughter is equally equipped to throw me off my mommy game with her inquisitiveness.

What’s a sex-educating mother to do?

Given the widespread immaturity on the topic, I gladly face my own raw edges to make sure my children are informed ahead of the curve. It’s a balancing act between advocating for them and keeping misinformation and fear from tarnishing their sexual and emotional development. I am a parent. I can’t stick my head in the dark ages when tempted by my own hang-ups or those of a timid, moralistic or archaic worldview.

This much I know: when we hide information from our youth and emerging adults, they sniff it out like bloodhounds. When we allow our private fears about their developing selves to mute our minds, they lose trust in us. The vacuum left from the absence of mom and dad showing up to guide them along nature’s path is filled by ideas and images that have no business near our kids’ biz.

What angers me most is the Specter of shame. I spent years pushing mine back from whence it came – puritanical attitudes entrenched in American society – and it breaks my heart to see it perpetuated with the same bully force on today’s children.

Not on my watch.