How many Wrongs does it take for me to find Mr. Right? 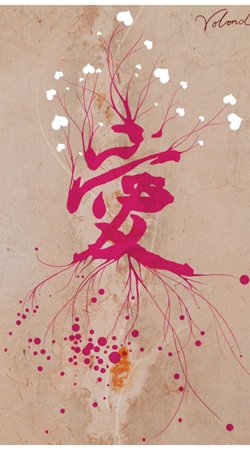 http://browse.deviantart.com/?order=9&q=LOVE&offset=144
The touch of his body next to mine makes me feel safe. When he kisses me, I close my eyes and my mind floats away. He fixes his mouth to say "I love you" and my heart just melts.

I was always the type to fall in love fast and hard. I was only 12 at the time of my first boyfriend. His name is Victor but I called him JuJu. JuJu is Spanish and Italian, and was 15 at the time. Age didn't matter to us, but to my parents it did. Once I started going out with him, I started acting up but I wasn't that bad. I would write "naughty" letters to him and he would tell me to meet him after school. So I did. We would go to his best friend Carlos' house and go to the bedroom and just dry hump and make out.

When I became 14, I started working with my mom at a supermarket. I saw a cute guy working there. My mom knew him. His name was Jhoan. Jhoan was 18, a senior in high school, and working at the same place as me. I, on the other hand, was only 14 and was just finishing junior high school. One day I overheard Jhoan and my friend Gabriel talking and I went to go be nosey. They were making a bet that on Valentine's day they would both break up with whomever they were dating, so I decided "hey I'm going to do that too." They didn't believe me so I waited till Valentines day came and I told Luis (my boyfriend) it was over. I was leaving to another school and I couldn't do it. We exchanged Valentines' gifts and then I left. I went to work and told them I had done it. They were shocked. I talked to Jhoan a little more and two days later (Feb.16.2005) I started dating him.

After about 2-3 months being with Jhoan, everything was turning into a nightmare. I learned that he was very jealous, controlling, full of drama, and lied. But for some stupid reason I was in love. I was raped by him. He forced me into having sex with him. I was using the bathroom. He opened the door and was talking to me. Then after I finished I walked to the sink to clean my hands and Jhoan turned off the light and locked the door. I didn't know what was going on. Jhoan grabbed me and pushed me against the bathroom wall, and started kissing me. It was really quiet so I heard as he unzipped his pants. I told him "zip your pants back up" but he only acted like he did. He started trying to take my clothes off but I was trying to keep him away; that didn't work. I was really tiny at that time and he was really built and too heavy to push off. I couldn't do anything. I was stuck. He then picked me up and put me on the sink. As I was telling him no and to stop, he kept going while my panties were off and stuck his penis inside me. It hurt and I cried. My own boyfriend raped me. The person I fell in love with and wanted to marry and have a family with. I was told not to tell anyone, so I didn't. I didn't let that bother me, even though he raped me and called me names like slut for wearing a tank top and a skirt. I still went back with him and dated him for two and a half years. Our relationship was a horrible nightmare you can never get away from but I kept taking him back, until I finally got tired of his game.

After Jhoan, I moved from New York to Florida and that's where I have been for the last 6 - 7 years. Despite my past, I finally found my real true love, and that's my fiancé Socrates. I love him with all my heart. Even though we argue here and there, we still talk and fix our problems. The touch of his body next to mine makes me feel safe. When he kisses me, I close my eyes and my mind floats away. He fixes his mouth to say "I love you" and my heart just melts. The sex is great, and I just want him to stay. I feel as if he is my angel. I have experienced a lot of sexual and emotional feelings while dating Socrates that I never felt before. I even cried while having sex with him. He is my world, my best friend, my every breath and my life since March 12 2011. I'm glad I went through all the Wrongs to get to Mr. Right.
Tags:
Views: 1376

ChuChii
Hello my fellow Kinky Friends,
Im Chuchii , im 27 , I love to try new things at least once and if i fall in love with it i stick with it.
Im always up so you can always ask me questions.
im very friendly,& outgoing. I love to write different types of stories :)