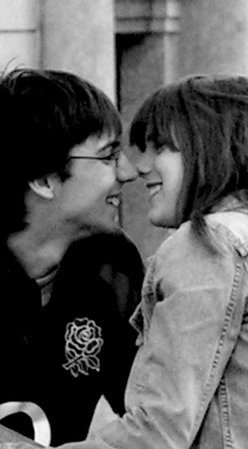 http://whatthehealthmag.wordpress.com/2011/12/01/couples-retreat/
Many people may experience a long distance relationship but how to deal with sexual desire and lust is a problem that many face.
I have been with my boyfriend for over 3 years now. This semester I went to London, UK for a semester abroad and believe me when I say: long distance relationships are a pain. Although my boyfriend is a great guy and I love him very much, it is not the same as physical interaction. The biggest problem I faced was how to deal with my sexual desires and cravings while in the UK. I could not just cheat on him nor could I just stay for 4 months with no action. It was very hard in the beginning but in time my boyfriend came up with an idea that seemed strange at first but turned out to be great in the end. I would like to share my experience in the hopes that it could help you and give you ideas or insight on the issue.

Long distance relationships are not easy. The fact that you can not see or feel your partner is hard. Sometimes misunderstandings happen and it causes a lot of negative energy that usually would not happen when you are physically with each other. Additionally, passion and desire for one another tend to fade over time. I could not just sit and wait for that to happen. I was hurt by the idea that my boyfriend and I might split up because of the distance. Those fears all went away when my boyfriend called me one day and said, "Wanna talk on Skype?" I replied, "Sure, give me a minute to sign in." When I picked up his call I saw him lying on the bed stroking his penis. Shockingly, that moment just made me sweat and get so hot.

I know some of you might think after you read this "What is she talking about? This is creepy or disturbing." Trust me, it is not. Seeing my boyfriend's body and intimate parts on the screen drove me wild, and that is when he suggested that we start having steamy Skype sessions where both of us can masturbate while seeing each other, talking and driving each other wild. At first I was hesitant to say yes. The idea of being naked in front of my computer and playing with myself seemed strange and awkward, let alone the fear of being seen by his roommate or anyone who might enter the room.

The more I think about it, the more it is becoming clear to me. "Skype" or phone sex is not unnatural or weird. It's actually great. I know that nothing can replace real sex and real physical intimacy, but those Skype sessions kept me satisfied the entire semester. Knowing that I can still please my man and also satisfy my sexual needs with him made me not only happy but also more attached to him. A lot of my girlfriends were skeptical and judgmental when I told them about it, but ironically some actually tried it and they liked it as well. I hope my story helps many of you and I would like to say this in the end: There is nothing wrong about love, any form of it or any way. As long as you have it, it will only make you happy.
Tags:
Views: 1851
Related articles