The Years of Living Dangerously 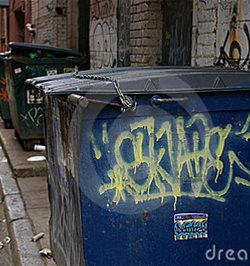 http://thecampussocialite.com/check-in-with-a-condom
We all did things in our youths that we are now slightly alarmed by (or, at least, I hope we all did!) And now, in adulthood, maybe we'd like to again. A look back at the years of "I just wasn't thinking," and how not thinking again could be the best thing you've done.
Behind a dumpster; behind the wheel; upstairs on a bus; in the room next to your parents. Most of us have had sex somewhere that we now think “that was taking a chance.” Most of us have looked back and thought “what if we had been caught?” And most of us will admit - “I wouldn’t change a thing.”

It’s the thrill, isn’t it? You may not actually be aware of it at the time, with a whole libido-ful of emotion and feelings sparking and blazing and jostling for attention, and the only thing that is really on your mind is getting your dress up, his pants down, and everything else is just a blur of sensation.

Jumbled up amid all that though, just biding its time for the rest to subside before thrusting its face above the parapet of pleasure, that little voice in the back of your mind that says, “that really wasn’t the best place you could have chosen.” Which is promptly matched by another voice that says, “and that’s precisely why she chose it.”

The urges that creep up on us are always the ones we cherish. Those moments when, whatever else you may be doing, you look over at your partner and think “here. And now. No excuses.” As we grow older and more settled, with a home to call our own and so on, things usually go no further than the kitchen... the bathroom... the bathtub. With that little voice piping up later to point out that you forgot to close the drapes, and now the whole neighborhood probably knows you like to do it doggie.

When we’re younger though, and domesticity is something that takes place far from the real world of clubs, dances, movie houses, parks, bars... wherever... the options for privacy are somewhat more limited, because the amount of time you spend in private is, likewise, a lot less frequent.

Now that is living dangerously.

Judgement is a peculiar emotion. We have all sat in judgement of someone else’s behavior, whether we want to or not, just as we know that others have sat in judgement of ours’. So, I’m going to sketch out a few scenarios that either my friends or some internet confidantes assure me took place; stir in one of my own, with hindsight, more careless encounters; and then we can all sit back and discuss the foolishness of youth.

Dancing at a nightclub with a stranger close behind; feeling his erection pressing into your leg; reaching round and undoing his pants, then giving him a hand job, without even seeing his face. Before turning around, once it’s over, and realizing he was with his girlfriend throughout.

Hitch-hiking back in the days when that was still vaguely safe; eight overnight hours on the interstate in the cab of an eighteen wheeler; and blowing the driver while he toyed with the speed limit.

Up against the very wobbly sink in the employees’ restroom of a bookstore, where neither of you work.

On a commuter train that was getting more crowded at every stop, with a jacket barely covering his lap and your hand. A jacket through whose fabric, incidentally, liquid would quickly soak.

In the bushes that grow alongside the jogging path, on the first hot day of the summer, with his hand on your mouth to stop you giggling and gasping, and your legs around his thighs... for obvious reasons.

Under his (thankfully enclosed) desk in the office, when a workmate walked in and started happily chatting.

Inside his Corolla in a Walmart parking lot. Tinted windows not included.

And finally? Yes, behind the dumpster, down the alleyway, outside the club... any inner city space that looks like a good idea. Until you remember that there was probably a security camera pointing at your ass.

All very irresponsible. All very risky. All, I would hazard a guess, scenarios that most people reading this have either experienced, thought about, or maybe just fantasized over. Because danger - again, whether we are conscious of it or not - is one of the elements that gives sex its fission. At least when we are younger, and especially when it is casual. The adult in me looks back at past escapades and is glad that I will probably never put myself in such situations again. The teenaged brat in me, on the other hand, sighs nostalgically and stomps, pouting off to her room to sit in the dark and listen to goth music.

No! Come back! Because the point of this article is not to mourn what we have lost, or even to regain what we once had. It is to remind us that it is still here; that it is still a vibrant part of who we are, no matter how many layers of... what do you want to call it, “respectability”? “ Maturity”? “Common sense”?... the passing years have cloaked it beneath. Which is not to say you get a sitter for the kids and then run downtown to have furtive sex in the changing rooms at the department store (which I should have listed above... oops!), or book a flight to some neighboring city, just to join the Mile High Club. Quite the opposite, in fact.

Very often, and despite the best intentions of those authors who lecture jaded lovers on how to reignite dormant sparks, the very act of setting the necessary scene can, itself, suck all of the spontaneity out of situation. Why? Because it replaces one form of routine with another and leaves you both constantly wondering as you go through the motions, “was that the old magic? Or do I just need a pee?”

Improvise! Forget about consequence. Make things up as you go along.

An utterly inappropriate text, midway through the workday. It may not be appreciated at the time, and the recipient may not have time to actually absorb its connotations. You may even get a lecture later, along the lines of “what if someone else had seen what you wrote?”, or “that really was inappropriate, please don’t do it again.” Which is the chance you take. Because you may also get an astonished “oh my god, I almost choked on my mid-morning coffee,” or “you know that thing you suggested earlier... is the offer still open?”

A squeeze while he’s driving, a whisper while you’re shopping, a dirty giggle as you’re passing through the produce counter at the supermarket and find a suggestively shaped root vegetable.

Be smutty, be stupid, be the youth you once were (or at least, the one that you could have been). Think, for a moment, about where your personal barriers of behavior and decorum have come slamming down, and then give them a little nudge. No, you might never find yourself sucking off a truck driver as you thunder down the highway, and you may never have wanted to either, in which case I’ll be quiet.

But somewhere in the back of your mind, in the corner where barely-coherent memories bounce around with vaguely-remembered fantasies, you have a few things that fall into a similarly high risk category, and when you close your eyes to sleep tonight, you should maybe dip in and have a root around.

Then, you see that person lying quietly beside you? Give him or her the starring role of whatever old fancy you have pulled to the surface. At some point, maybe not tonight, maybe not even tomorrow, but sometime not too far away, they will ask you if you’re alright... want to know what you are thinking about.

But be smart, don’t tell them.

We’re meant to be living dangerously, after all. Show them, instead.
Tags:
Views: 1228
Related articles