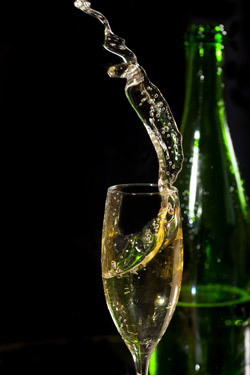 Grab a Tiger by the Text. Yeah, it wasn’t a good year for male intellect. Between South Carolina Governor Mark Sanford—who was supposed to be hiking in Appalachia when he was humping in Argentina—and golf’s golden boy, Tiger Woods, who apparently kept a ball washer in various wing houses and strip joints around the country, late-night icon David Letterman emerges as the thinking man’s adulterer.

Faced with a $2 million extortion attempt from a TV producer threatening to out his philandering, Letterman stepped up and outed himself—on his show—the same day the would-be blackmailer was arrested. Letterman has a long history of fishing off the company pier. His girlfriend of more than 20 years, whom he finally married last March, is a former co-worker—so she may have been the least surprised of anyone when the scandal broke.

Jon and Kate Disintegrate. The harried father from the once-sweet reality show Jon and Kate Plus Eight was dogged by the paparazzi as his marriage decomposed before the cameras and his social life, sans brood, heated up. Some fans stuck it out until the sad finale. Others abandoned the show in disgust. Predictably, the marital train wreck garnered new viewers signing in droves. Fans will miss them, but probably not more than the execs at TLC. Meanwhile, Jon’s various legal woes will likely allow schadenfreude fiends to squeeze a little more joy out of the family’s misery.

Roman’s Heroes. Following his September arrest in Switzerland, over 100 members of the international film community filed a petition demanding the release of notorious director Roman Polanski. Polanski fled the U.S. in 1977 after pleading guilty in a case of unlawful sex with a 13-year-old girl. Polanski was 43 at the time. Now 76, the director and longtime French citizen remains under house arrest in a Gstaad chalet after posting $4.5 million bail. Many people, including his victim, now 45, believe the charges should be dropped.

To Disconnect A Predator. In a roundup that would make Dateline’s Chris Hansen jealous, more than 3,500 sexual predators in New York were summarily booted from Facebook and MySpace in a statewide crackdown that was the maiden voyage for the 2008 Electronic Security and Targeting of Online Predators Act (e-STOP). More than 1,000 of those whose accounts were disabled had signed up on both of the popular social networking sites.

Art is Subjective. This year’s most hotly debated entry at Cannes was Lars Von Trier’s Antichrist. Critics have described the film, which features—among other bizarre imagery—explicit sex and scenes of genital mutilation, as both cinematically beautiful and “a big fat art-film fart.” We’ll let you judge for yourself.

Oh, to be in England, Now that Schwing is Here. Carey Mulligan is earning raves as 16-year-old Jenny, a bright, suburban girl with plans for Oxford whose life takes a turn when she meets a slick smooth-talking gent about twice her age in An Education. Innocence is lost, knowledge is gained, and tightly-wound hair—this is the U.K. in 1961, the sexual revolution is yet to occur—is let down.

The Year in Animal Magnetism

Booty for Bonzo. If you needed any more proof that chimps and humans are nearly 99 percent genetically identical, here it is: They pay for sex. Wild male chimps have long been observed sharing meat with females (which don’t typically hunt); new evidence suggests this charity is not without forethought. Males often choose to share with females showing signs of ovulation. More interesting is that some share with lady chimps whose posteriors do not display the pink swellings indicative of sexual availability. Why bother? Researchers say (in far more scientific terms) they’re putting the pussy on layaway. Amusing? Sure, but also a poignant insight into the cognitive abilities of our closest relatives.

Now That’s a Candy-Gram. Where can you find a retractable, spiky club-like appendage used to sexually stimulate one’s partner, or perhaps pull her closer? The answer is the forehead of the male Eastern Pacific black ghostshark, a newly discovered species of chimaera—a group of fish that are essentially living fossils. Scientists aren’t sure how these appendages are used, but the animal’s run on Earth—roughly 400 million years to date—proves they know what they’re doing.

Blue Laws. In the kingdom of the blue-footed booby, blue feet may actually equate to blue balls. Well, not entirely. Female boobies, you see, dig on the males with the bluest feet and new evidence unearthed this year shows males that skip a mating season end up with brighter feet the following year—which gives them the best chance to score.

Good. As 2009 draws to a close, Vermont, Iowa, Connecticut and Massachusetts remained the champions of gay marriage, but at press time the nation’s capital wasn’t far behind. On December 16, D.C.’s city council passed a measure allowing same-sex couples to marry, which will likely be signed into law this spring. Best predictions on the next state to take the plunge? Most advocates have their eye on New Jersey.

Absolute Ugly. An anti-gay bill now before Uganda’s Parliament is jam-packed with some of the most severe regulations to date. To illustrate, at present only terrorists and traitors are subjected to extradition under Ugandan law (murderers are not). If a Ugandan has homosexual relations in another country, however, this legislation would reach far enough to bring them home to face the music. HIV-patients could be charged with “aggravated homosexuality”—a capital crime.

Love the One (or Two, or Three) You’re With. This year’s “in” domestic arrangement was most definitely polyamory, which got the massive story in Newsweek to prove it. “Ethical non-monogamy,” as its proponents call it, is on the rise. Researchers estimate the number of openly polyamorous families in the U.S. at over half a million.

And the Nobel Prize for Medicine goes to… You met the perfect man. He’s got everything—looks, personality, a good job. The catch? He’s a two-pump chump. There may be a cure in the works. Pharma reps are clamoring to stir up buzz that premature ejaculation (or “P.E.”) is a bonafide medical disorder. Johnson and Johnson’s Priligy—a pill which helps lengthen the fuse on your lover-man’s dynamite—went on sale this year in nine countries, but is awaiting FDA approval for sale in the U.S. Cherry’s old-fashioned remedy: Do it twice. If he can’t get it up again, fear not. That pill’s already for sale.

Doing Shots. Waiting for male contraception options is akin to waiting for Godot, but couples in Europe are now testing reversible hormone injections that drop sperm counts to levels that make conception virtually impossible. And it’s fully reversible. Once approved, will American men get with the program? If injections are given by Hooters girls wearing bandoliers, buy the stock.
Tags:
Views: 1065
Related articles