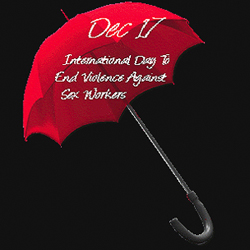 Community comes together to end violence against sex workers.
December 17th marked the seventh anniversary of the International Day to End Violence Against Sex Workers. The commemorative celebration began in 2003 in remembrance of the sex workers murdered by Green River serial killer, Gary Ridgway.

Many gathered at the Metropolitan Church in New York (as well as other sites around the country) to offer remembrance for sex workers who've lost their lives to violence. The observance was especially emotional for those currently dealing with nearby crimes in Long Island, N.Y., where four women were recently murdered—two thought to be working prostitutes.

Family and friends held vigil with lit candles as the names and ages of 60 men and women from around the world killed this year were read aloud. Sadly, everyone in the crowd was well aware that although 60 cases were reported, many more were not.

While most attendees at the gathering wished to remain anonymous, 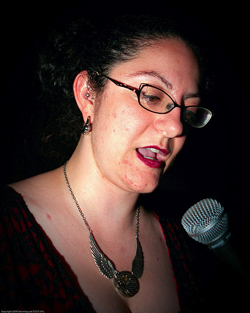 the speakers who took the stage were not afraid to stand up for those who were unable to stand up for themselves. Audacia Ray (pictured right), who helms the online communications and campaigns at the International Women’s Health Coalition, and host of The Red Umbrella Project, spoke openly about how at times sex workers actually need help from authorities, but since they are working in an illegal field, it’s difficult for them to ask for, much less receive it.

“The reason that people working in the sex industry are so vulnerable is because they are so criminalized,” Ray explains.

Along with Ray, Chelsea Johnson-Long of the Safe OUTside the System Collective of the Audre Lorde Project, and Andrea Ritchie of the Peter Cicchino Youth Project and Streetwise & Safe spoke out, offering encouragement and support.