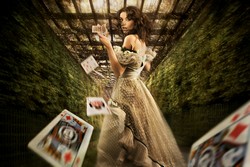 After a few days of reading about this story, most of us were left wondering if the news was overstated or premature. The likelihood is that, as with many stories involving scientific advances, particularly when it comes to topics that arouse public concern, scientists talk one way, the pundits spin another, and the art and soul of research is misunderstood along the way.

One patient cured, millions must wait

By now, this is what we know: Timothy Ray Brown, an American living in Berlin, was treated for a type of blood cancer, acute myeloid leukemia, in a novel way. His doctors selected a transplant donor whose stem cells had a mutation; they lacked the presence of a specific receptor, which means that their white blood cells—the immune cells that are attacked by the HIV virus—are less susceptible to infection.

I learned to view receptors as “locks” that must be activated in order for something to get inside the cell. In this case, the HIV virus has a “key” that doesn’t work in this “lock.” Individuals with these altered cells are far less likely to become infected with HIV because the virus must find a back door in.

Of course, the HIV virus is tricky, known to mutate, and does find other receptor sites through which to infect a person’s white blood cells. Somehow, in the case of The Berlin Patient, this didn’t happen. Not only did Brown’s doctors find a suitable match for him—challenging in itself—but the donor belonged to that group of 1 percent of Caucasians with this genetic alteration. From a probability point of view, it was much like winning the lottery. Twice.

Three years later, and after difficulties related to chemotherapy, Mr. Brown is the first medically documented case of someone being cured of HIV. As far as tests can determine, his body is free of the virus and the leukemia.

The combination of four things accounts for PART OF this “cure.” First, the chemotherapy Brown received killed off most of his infected cells. Second, the transplant replaced infected cells with new, resistant ones, effectively repopulating the patient’s immune system with healthy cells. Furthermore, according to reports, the new cells attacked and killed the patient’s remaining white blood cells. And finally, any remaining HIV didn’t have time to mutate in response to this onslaught.

Still, mystery remains. The transplanted cells were only resistant to HIV, not fully immune. That we don’t know the missing X-factor behind the complete eradication of his disease makes Brown a medical miracle. This is the part of science where the fun and hard work of discovery begins.

As if often the case these types of stories, the mainstream media reports don’t see the forest for the trees. By that I mean they focus on the details that garner the most attention so when the rest of the story comes out, in fits and pieces, it’s no wonder that many react with confusion.

Here’s the good news in all this uncertainty. This “accidental” discovery revealed new directions for research.

In fact, in just about every field of medicine, solutions are often stumbled upon inadvertently.

Remember the “antidote for baldness,” Rogaine? It was originally intended to be a blood pressure drug, but clinical trials revealed a positive “side effect”—less scalp, more hair. Same with the erectile dysfunction drugs. Viagra was under investigation for the treatment of heart pain when patients starting popping woodies.

It’s the accidental wonders of science that inspire nerdy sexual health types like me; as much as research must follow certain protocol, the truth is that outcomes are unpredictable and incredibly exciting. Did anyone imagine a cure via these means 30-odd years ago, when AIDS was first hushed about in the public arena?

The way to stay grounded is to understand that the headlines are just the icing on the cake: We’ve got to read the recipe first before knowing what we are feasting on, and not get disappointed when a sugar low hits. As much as this is good news for one patient, it’s true that the millions of other HIV-infected patients are unlikely to be cured the same way, anytime soon. But it’s a start for some potentially grand prospects.

There’s a great line in Ratatouille in which Anton Ego, the über-creepy food critic, stands up and says, “After reading a lot of overheated puffery… you know what I’m craving? A little perspective. That’s it. I’d like some fresh, clear, well seasoned perspective.”

And that is the beauty and art of science. Just when you think there’s no new way to look at a challenge, something astonishing occurs. Unpredictable, unimaginable before its time, and sometimes almost like a lark, an innovative area of study opens up, with the researchers, doctors and patients seeing new hope.

True, this chemo/stem cell transplant cure isn’t likely to be the end all for HIV infection, but it’s shown that there is optimism with gene therapy. In the meantime, previous discoveries portend that at least in the Western world, HIV will continue to be largely subdued with medicines, until the ultimate cure is found.
Tags:
Views: 1089
Related articles