Mr. Sexsmith's Other Girlfriend: Should Versus Shame 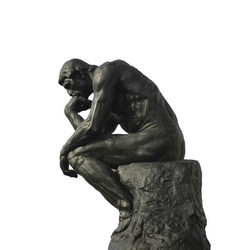 When the seasons change, everything gets a little unstable. And this is that transition period between summer and winter, between the heat and the cold, between the outdoor adventures and the indoor nesting. It’s 72 degrees in New York City today, but only last week it was down to 40, and that confuses my inner temperature monitor which wants it to just get steadily colder until it hits zero, then crawl its way back up. It is confusing enough to my internal season measurer that it hasn’t snowed yet; Halloween always marked the official start of the snow while I was a kid.

But of course, just because that’s how it was then doesn’t mean that’s how it is now. I live somewhere else, somewhere with a full, real fall that includes crisp, fallen colored leaves and scarves and hats and boots.

I just picked up my first pair of ankle-high waterproof Beatle boots, myself. I’ve been looking for a good pair for years, but I’ve finally worn through most of my other shoes enough to make it a luxury bordering on necessity. The storms are coming, even now, this afternoon, the sky is darkening when just this morning it was sunny and warm, too warm for my corduroy jacket. Now it seems I may need that scarf and hat for my walk home.

I’m in love with the new boots, though. I still need to take them to my shoe place and get them winterized: a weatherproofing sealant, taps for the soles, and shined up. I’ll bring along my second pair of motorcycle boots, too, and get those done at the same time. One of my favorite fall activities.

With fall comes the back-to-school energy of the twenty- and thirty-something activists, performers, and artists community in which I am a part, and it seems every week there is a new event I “have” to go to and “can’t” miss. “You really should be there!” a casual acquaintance of mine insisted when I ran into them at brunch last weekend.

I hate it when people use that word, especially to describe something I should or shouldn’t be doing. Because really, what’s behind that should? It’s shame. It is someone else’s opinion of what appropriate, respectable, decent behavior is. It is an automatic judgment, stating that I need to be doing or being something or someone other than what I am and do right now. And the implication that they will look down on me, if I don’t follow their directions.

Of course, sometimes shame is useful. Sometimes we feel authentic shame, shame that came from agreeing to do something and then not doing it, or agreeing not to do it and then doing it, and we feel bad about that. We beat ourselves up, we apologize, we try to right the wrong. Which is good: the emotion there is telling us something, it’s telling us that we messed up. It’s teaching us. That shame, and that “feeling bad” feeling we get after doing something, is how we learn.

But inauthentic shame, someone else imposing their standards on me and attempting to override my own, is bullshit. I get to decide the standards by which I judge myself, and I get to decide if I want to enforce those or not. I do not like it when strangers, casual acquaintances, or even decent friends “should” all over me.

When we break a rule we’ve agreed to, we should feel shame. But I want less social shaming in my life, around my sexuality, or around my gender, or hell, even just around something as simple and ridiculously complicated as my community event schedule in New York City, especially during the fall when brunches, pageants, variety shows, performances, readings, and workshops overrun my calendar and I have to start making choices about what event to attend when, and how much will be too much. Because I am an introvert, you see. I would prefer to spend all day at my computer alone in a room, every day for a week, than to go out every night.

But after a while, I do start wondering and even worrying if I’m missing anything by staying in.

That’s how social pressure works, after all: The folks who throw the parties, or the scene folks who love feeling like they are part of it all, on the pulse of the world of important interactions, tell me over and over how important it is for me to be at any given event. And after the event is over, if I haven’t attended, they will go on and on about its success, about how important it was, about its implications, about what I missed—only to stop on some in-jokes and look down their noses at me in that “guess you had to be there” kind of way. Which is, after all, the point: they invited you, you “should” have gone, and now look, you didn’t, and you missed out. Their rubbing in how much you missed out on it is part of the shaming of “should” in the first place.

Sometimes I even internalize this “should-ing.” I should go to that event, I should say yes when someone wants something of me, I should want to do something—but, sometimes, I just don’t. So I try to ask myself: Is this “should” voice mine? Is this coming from me, or is it someone else’s voice that I’ve taken on? Is this authentic shame, or an authentic “should,” telling myself to do something because it is important? Or is it an internal social pressure monster, who is telling me I’ll miss out on all the important events if I don’t go?

It is the time of year for events, for deepening friendships as the light darkens, as the seasons change and we become more susceptible to the elements. We upgrade our boots and jackets and start nesting in our sweet apartments, picking up a baking hobby or throwing another blanket on the couch to warm up our space.

Soon it will be the dead of winter, and we’ll be looking to loved ones to light up the dark evenings, when the sun goes down before some of us even leave work and we barely have any warmth outside in which to play. It’s time to make friends, reach out, throw parties, have fun, have that last hurrah before the snows come and you don’t have the right shoes.

And as everything continues its downward spiral to the winter solstice, I keep asking myself: am I prepared? Is this what I want to be doing right now? “Should” I really be doing something else, or am I right where I want to be?
Tags:
Views: 1046
Related articles