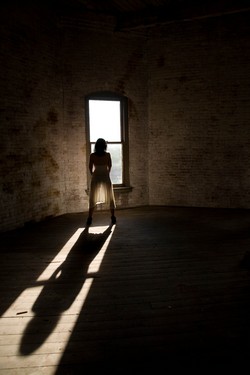 So the Eskimos have a hundred words for snow, or so they say. And Juneauites, people from my hometown, have dozens of words for rain. In languages other than English, they differentiate between the different types of love—romantic love, platonic love, familial love, love for one’s car, love for one’s dog.

But despite being a poet, despite studying language, despite spending many hours a week focused on sex, gender, and relationships, I struggle with the proper expressions of affection. Perhaps I should blame it on English, on vocabulary, on concepts not yet found in my culture. Perhaps I need more words, more definitions. Perhaps I just can’t express what I want to, yet.

My other girlfriend, Kristen, and I were talking the other day and we stumbled onto the topic of the Love Languages. Now, I’m not usually a proponent of pop-psychology systems, and many of the breakdowns for the “Five Best This” or the “Seven Things Never To Do In That” seem pretty silly and often arbitrary. But every once in a while, one of these systems comes along and names things that weren’t there before, at least not in my mind, and opens up a whole new area of expression.

Kristen and I were talking about what we need, what we’re not getting. This happens in pockets, where for a while that’s all we talk about, then some kink gets worked out, and we start over at a place of deeper understanding and sympathy and empathy for one another.

This time it was about pressure. Or maybe it’s always about pressure, or maybe it always is for me. Perceived or real, threatening or malignant, it’s always there in the background for me unless I really pay attention. She wants more, she wants less, she wants it differently. So much of this is unspoken, interpretations of needs and desires butting up against each other. Right then, she was not getting enough, and to me that means enough time.

But perhaps not to her.

“It goes back to those Love Languages,” was the conclusion she finally reached. “My languages are very specific and almost equally divided into two: Words of Affection and Physical Touch. That’s what I’m craving. That’s what I’m talking about.”

Usually, I eagerly give both. Usually, that is what it is my instinct to give, a little love letter via text message or email, a little word whispered into her ear as we are getting out of the car to meet friends for dinner. Usually I can’t keep my hands off of her shoulders, the small of her back, her thigh under the table. Usually I take her hand when we are out walking or going up or down steps.

But sometimes, I get overloaded, and need physical space, long stretches of time alone to be in my own body, my own head, without being distracted by anyone else. When this happens, she reaches for me. I can feel it. And because my own Love Language tends to be Quality Time, I tend to assume that’s what she’s asking for.

According to the book, The 5 Languages of Love by Dr. Gary Chapman, there are five Love Languages all together: Words of Affection, Physical Touch, Quality Time, Monetary Gifts, and Acts of Service. This is how we express our love, affection, and attention with others. This is how we express our thoughtfulness, how we say, “I was just thinking about you,” how we prove to our friends, lovers, and family that they were on our minds. We probably all use all of these, depending on the situation or the relationship or what we feel drawn to in that time in our life. Each of them has a time and place, certainly. Perhaps some people are drawn to all five equally, and use them interchangeably. Or perhaps you are the kind of person who uses one of them almost exclusively.

The Love Language that we primarily wish to receive and the Love Language that we are primarily drawn to give to another aren’t necessarily the same thing, and what we primarily, instinctively tend to give to our lover might also not be what they actually want to receive. Or perhaps you really wish your partner would give you more compliments and Words of Affection, so you constantly say nice things to her, hoping she will say things back to you. But if her receiving Love Language is about Gifts, she might not even register that those Words of Affection you are lobbing over to her are intended to be specific expressions of love.

So perhaps your receiving Love Language of choice is Physical Touch. Nothing else makes you feel loved but to be in contact with another. So you constantly touch your lover, treating her the way you want to be treated. Trouble is, her primarily receiving Love Language is Acts of Service, and she doesn’t much like being touched, especially not in public. See how these things don’t match up?

But if she knows that you love Physical Touch, and if you know that she loves Acts of Service, you can go pick up those special salted nuts that she likes at the grocery store, and she can be sure to kiss you when you get home and deliver them to her. That’s the Platinum Rule, treating others as they want to be treated.

So there’s a complicated four-fold thing happening here with Love Languages: What it feels good to receive, what it feels good to give, what your partner likes to receive, and what your partner likes to give. Those could be four totally different things. The trick is, I suppose, to line them up as well as possible. I think instinctively we tend to be drawn to people whose giving Love Language tends to be our receiving Love Language, it’s probably one of those unconscious markers of compatibility.

My squabbles with Kristen make so much more sense when I think about them through the Love Languages: we can use them to figure out what it is we actually want and need from each other. When I need long stretches of time to be on my own in my own space, and Kristen feels far away from me and wants to feel close, some strategically placed words and touch can remind us that we are still connected to each other, but that I need a break and to be on my own for a little while. And when I feel recharged, refueled, and ready to face the world again, some Quality Time together is exactly what I crave, which she is usually eager and willing to give freely.
Tags:
Views: 1144
Related articles