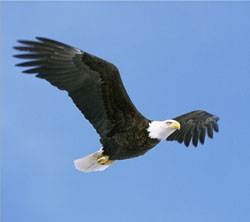 I’ve been back for almost three weeks from the Pacific Northwest and visits to Seattle, where I lived for about six years and attended college, and Juneau, Alaska, where I grew up.

It’s different in the West, and I think I’ll always feel more at home out there, more comfortable in the wide open spaces with the real mountains and the sun which sets the right way, over the water. It’s different in the Northwest, too. The greenery is unlike anything. So many shades of green. So many ways for leaves to grow and catch the rain. So lush and sensuous.

We visited Eagle Beach and after we tired of counting eagles, we sat on a log for a while. There was barely another person in sight. And every cell in me just sighed and relaxed.

I used to joke that even as the plane is landing, my whole reality starts slowing down, making that DJ noise when a record is being slowed, and then when I start talking to people my vocals are all slowed. “Oh ... hi ... how ... are ... you?”

I used to joke about that like it was a bad thing.

And perhaps, in my early 20s, it was a bad thing, as I was craving excitement, energy, lots of hard thick walls against which to form myself. Lots of culture I could superimpose over myself and by which I could define myself, while I was still working on creating my own definitions. Perhaps some people need that their whole lives.

That’s why I moved to New York City in the first place, really. Well, that, and the (ex) girl. I was ready for something bigger than Seattle, I wanted something to push me, I wanted things to be harder. I was too comfortable there, it was too easy, too small of a pond. Of course, here I am five years later, getting what I wanted: a harder life. A more complicated, less comfortable life. And when I go back there, I think, Could I live here again? 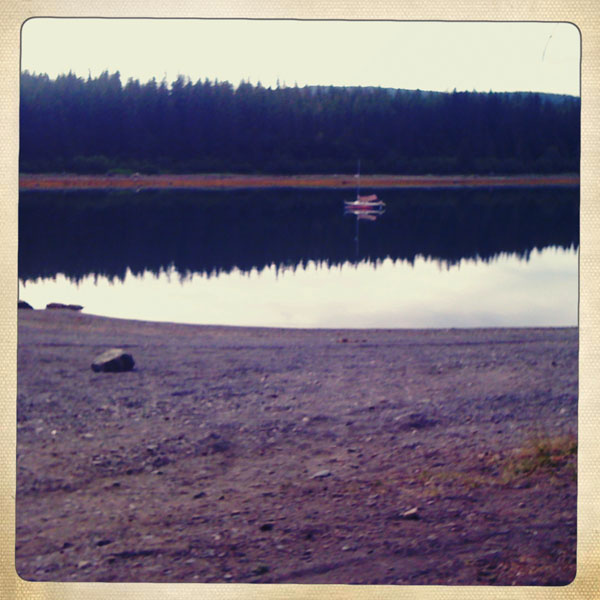 When I got to Juneau, my calm opened up and my mind expanded quietly and comfortably. A friend of mine used to joke that I was like a guard dog, never relaxing in groups, always scanning the perimeter for predators and movement. It is really hard for me to relax with lots of stimulation. It is really hard for me to not look at any light that is flashing, its reflection will even catch my eye in something shiny and metal and I have to turn to check it out.

These are impulses I’m trying to unlearn, I suppose, or at least trying to keep at bay, because they can be very useful in skills like driving, but they would be better if I was able to turn them on and off. Because in cities like New York, it is extremely hard for me to calm down.

Not in Juneau, though. Not even in Seattle, though that varies. In Juneau, the horizon stretches on and on with water and inlets and coves and channels between small islands full of pine trees, blue-green and tall and sharp, Sitka spruce or blue spruce or evergreen. Snow stays on the tops of the mountain ranges nearby year-round. Glaciers were so recently covering all of it that the land is still rebounding, still stretching and waking up after being comfortingly held down, weighted, for thousands of years.

Somewhere recently I read something in a Buddhist book (not sure which one, I’ve been reading a lot of them) about how some people get very overwhelmed by noise and stimulation. That’s me, I thought. Yes, I do. But, the book continued, in those moments it is good to remember that behind the noise still exists a great silence, a great white noise, and behind that noise is still less noise, and behind that noise is still less noise, until you get out and so far away from the earth and the solar system that all you hear is that low hum of aum.

In Juneau, you don’t have to remember to listen behind the noise. There is no noise to listen behind. Or, if there is, it’s only for a minute, and you can walk out of your front door onto the mountain and into silence in two minutes.

“This is how much space I need,” I explained to Kristen as she observed how quiet, how still, how alive, how untouched the open land is up there. We’ve been discussing this mythical “space” I need for months, and it’s still an occasional point of contention in our relationship. “Or rather, this is how much space I was used to, when I was growing up.” I don’t need that kind of space now, but something in me still deeply craves it, and is deeply satisfied to be back inside of it.

Something in me will probably deeply crave the chaos of New York City, when I leave for good. Something in me will miss the subways and the people watching and the abundance of ... well, everything. Maybe eventually I’ll get enough distance from this place to crave it the way I crave that last frontier up North.

But meanwhile, I have to continue to learn to live here, to continue to carve out enough space so I can remember to listen behind the cacophony, and hear the spinning of the universe.
Tags:
Views: 919
Related articles