Mr. Sexsmith’s Other Girlfriend: Going Back to My First Love 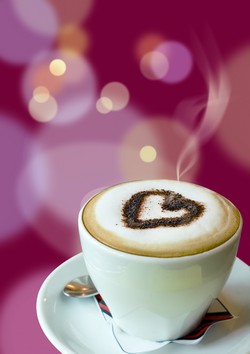 Mount Rainier hid in the little fluffy clouds as my girlfriend Kristen and I boarded the plane to return to New York City. The weather had been perfect, my definition of perfect, slightly wet and sometimes lightly showering, mostly cloudy with blue sky peeking through. We easily avoided going outside when it was coming down a little harder.

I woke early, not like me and not used to the time change, and walked to the dog park half a block away with my friend Jesse and her dog, or did a quick jog around the neighborhood to get my blood going. Before she went to bed, Jesse always ground the coffee beans and prepared them in the filter to easily have the best coffee ready every morning. Her singular coffee pot boasted a cursive handwritten note: “Just press ‘go’ for a cup of joe.”

“Coffee?” she’d ask me, before anything else, as soon as she saw me come downstairs from her guest room.

When in Seattle, do as the Seattleites do, after all.

By the time we got up to our “cruising altitude of 10,000 feet,” as our flight attendant informed the cabin, we could see Rainier peeking through the tops of the clouds out the window. “It’s that mountain-shaped cloud,” I tried to point it out to Kristen. It’s hard to tell it apart from the thick whipped cream layer above the city, especially since it is still snow-capped with patches of blue.

I spent the last five days in Seattle. I was there to attend the feminism, sex, and social media conference Sex 2.0, but really it was an excuse to visit my first love, my ex ... not quite the one that got away, since it was me who did the leaving, but the one who first won my heart.

Seattle is a larger, more grown-up version of where I was born and raised, in the rainforest of Southeast Alaska. The landscape is similar: hills and mountains, steep inclines where cars roll backward easily, and it’s a bit complicated to shift a manual transmission when stopped on a hill. While I waited for my friends one evening this past weekend, I witnessed a car roll down a steep driveway with nobody in it and stop, luckily, hitting a ditch. Oops. Time to get those brakes checked—I imagine they are hard to keep up, in a city like this. You’ve got to know how and remember to turn your wheels away from the curb every time you park. Seattle is guaranteed to wear out your brake pads.

But not in the same way New York City does, with all its starts and stops and sudden scooters and motorcycles and bicycles and pedestrians and family vans and delivery trucks pulling out in front of you, turning on a dime and skidding inches from your side mirrors. It might take me two days for my shoulders to drop two inches and my stress level to come down to regular, average levels, but my anxiety will shoot back up the minute I have to begin navigating my luggage and girlfriend and self home on the long trek from one of the three New York City airports to my apartment.

Immediately, when I got to Seattle in 1999, it felt like home, like home home, like I’d returned to where I belonged. I recognized the hills, the bodies of water, the islands, the streams, the salmon runs, the wildlife, the landscape, the clothing brands people wore, the things they talked about. I understood how to pick wild blackberries and strawberries, what it took to maintain a home’s front yard, how much work it was to cut back ivy and keep it from overtaking all the flower beds or shrubbery. I knew it was a place I could come out, become queer, become myself in a new way, be reborn, find community, find like-minded folks who would help take me through all the transformative processes of my early twenties.

I know this place now like I know the file structure on my computer, like I know how to find books in my bookshelf, like I know which bin under my bed contains winter clothes and which contains office supplies. I navigate by feel; I can get anywhere. I may not recognize every one of the new condos (of which there seem to be dozens, though they are less under construction in this visit than they have been in other recent visits; perhaps the condo boom is slowing), I may not know what the new Thai restaurants are like, but I know which streets connect with which and I can get anyone anywhere.

“Can a Seattle native navigate us up to The Hill?” asked a new friend who was driving a small group of us up to Capitol Hill from the conference Downtown.

“I can. Go up there a ways, turn left on Denny.” Perhaps it’s part of my top nature, I obsess over maps and navigation and the grid of a city. I like seeking out the highest peak of a new city when I travel. I even gave Jesse directions sometimes, even though she has lived in Seattle for over a decade. “I’m sure you can take 85th all the way to Golden Gardens,” I said. “Just go right when you get to the T, and we’ll zig-zag down the hill, past the dog park, under the train tracks.”

Going back to Seattle feels like going back to my ex, my first love, the place where I first ripped my heart out, trusting the land more than my own chest, and buried it for safe keeping. “Please keep me safe,” I would beg the Cascades and the Olympics on bright, clear days when I could see both mountain ranges from the I-5 freeway, driving home. Cradled between them, their bright strong peaks on the horizons, I wound my way up and down the hills, over and under the bridges, through the beautiful cute neighborhoods, into myself.

It wasn’t that we weren’t getting along; we were. I loved living there. After a while, I just wanted more. I wanted the bite, I wanted to be pushed, to grow bigger than this place was letting me. I wanted to be able to say, “I lived in New York in my twenties,” because I knew when I got to my thirties and forties I’d want things like a house and a dog that wouldn’t be possible in New York. But I wanted to see what it was like. I wanted some obstacles, so I could sharpen my ability to get around them.

(As they say, be careful what you wish for.)

This was Kristen’s first trip to the Pacific Northwest, but we’re going back again this summer. She finally spied Rainier in the clouds as the plane curved a bit and we began our long flight east. “Oh!” she exclaimed. Her eyes filled with tears. “I don’t really want to leave,” she whispered.

I don’t, either. But maybe I can take this green, light, laid-back energy with me on our return, and use it in my life there. Remember it, when I am filled with overwhelm and despair, when I am re-learning that same lesson about scarcity and reliability and sustainability in New York yet again. I will return to the west eventually, but my work out east in that giant international city isn’t over yet. I know there is more for me to learn. There’s still too much to explore, too many avenues and streets to still walk through and discover. Even after five years, there is still more, there is always more, of New York City awaiting.
Tags:
Views: 1147
Related articles