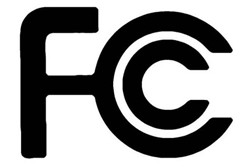 The wacky, super-true tale of the FCC—how it came to power, and why it fears boobs.

On How the FCC Came To Power

Author's Note: While the parody "Sex v. FCC" was meant to be funny, there is nothing humorous about the erosion of our right to Free Speech or the overweening abuses of power that the FCC visits upon nearly every medium it can get its puritanical little fingers on.


The FCC was created in 1934 by an act of Congress. The majority of its Commissioners are appointed by the sitting President (a little like the Supreme Court --but presumably was not intended to have as much power as the Supremes.) The Federal Communications Commission (FCC) is an independent agency of the U.S. Government (a little like the I.R.S.) which means in effect that it has NO OVERSIGHT committee. It is self-investigating and self-policing and monolithic.

The FCC has nearly two thousand full-time federal employees. The proposed 2009 budget for the FCC was $466 million. Only $1 million comes out of taxpayers' pockets. The rest in regulatory fees. Think about that for a moment. The FCC planned on at least $465 million in fines and fees just to balance its checkbook.

The FCC was created to replace the Federal Radio Commission which had jurisdiction over radio since its inception. While there was need for some regulation, as stations were broadcasting too close to each other and causing disruption, the Federal Radio Commission shut down stations or refused licenses based on broadcasts' content specifically fringe religions, unpopular political opinions and obscenities.

The FCC has a number of duties other than public censor. It's accountable for consumer protection, public safety, and regulating all non-federal government use of the radio spectrum (including radio and television broadcasting), and all interstate telecommunications (wire, satellite and cable). It has been responsible for the break-up of some significant communications monopolies such as NBC and AT&T.

However from Reagan's regime on, the FCC has taken a market-centric focus and left consumer protection in the dust.

Example 1.)
The FCC suppressed the results of their own study which indicated that it was not in public interest to increase the number of television stations a company could own in a single market. A whistleblower leaked the study to Sen. Barbara Boxer in 2001 and though Congress called on the FCC to explain the suppression and why the FCC was acting in ways contrary to their stated purpose, the FCC has not made the information public or rectified the preferential (monopolistic) treatment of specific TV station owners.

Example 2.)
When it was discovered that AT&T, BellSouth and Verizon assisted the NSA in illegally wiretapping its customers, Congress called for an FCC investigation. To Congress' dismay the FCC just refused to investigate.

It is post-1987 that the FCC stepped up its Big Brotherly censorship duties. This was also the year it gave itself a makeover and removed a number of regulations felt to be "outdated", most controversially the Fairness Doctrine which required stations to show multiple perspectives on issues of public importance. In 2006, Pres. George W. Bush signed into law the Broadcast Decency Enforcement Act allowing the Federal Communications Commission to impose fines in the amount of $325,000 for each violation by each station. The increase was ten times the previous maximum of $32,500 per violation.

The fact that fines on "indecency" is a profit-making enterprise gives the agency incentives to keep certain words and concepts outlawed irregardless of its effect on public welfare or freedoms. It also allows the FCC to continue with their fuck-you-all attitude because they don't need to make nice with Congress or the American people (voters) for budgetary reasons.

The FCC had a previous policy of not citing profanities that were short, or in their opinions, accidental. They referred to these as Fleeting Expletives. Example: A flustered announcer said "Sorry, I fucked that up." They recently changed their policy claiming that current bleeping and broadcast delay technology was sufficient that no profanity however small should escape the censor's bleep.

This arbitrary reversal of their own policy was challenged and ultimately codified by the Supreme Court. Justice Scalia's pro-censorship decision repeated the old sawhorse that profanities/expletives need be outlawed for the protection of children, but his inability to say the offending words (relying instead on euphemisms) revealed his personal bias. One would assume that children sophisticated enough to research and read Supreme Court decisions on profanities are sophisticated enough to not require protection from said profane words. The dissenting opinion, written by Justice , including this compelling logic for why the FCC should not be allowed to reverse its policies:

The capriciousness of FCC indecency fines have radio and television stations self-censoring to a paranoid degree. The impact on Free Speech cannot be exaggerated: controversial personalities and programming are unlikely to be broadcast.

The argument that technology is advanced enough for broadcasters to catch every possible offending word can also be used to argue its advanced enough for consumers to protect themselves --which they do. Furthermore, no harm has ever been proven to be associated with exposure to profanities. No one has died of being offended yet. More's the pity.
Tags:
Views: 838
Related articles