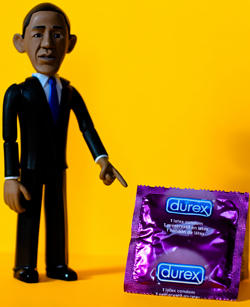 [F]oxymoron
How have we slipped so far so fast, with perhaps more backsliding to come? On the face of it, that doesn't make sense, even with so many cranky and fascist old white guys in leadership positions in the local, state and federal government despite men being only half the population.
In case you haven’t noticed, there’s been a rapid degeneration of support for women’s rights, particularly in terms of reproductive rights and affordable preventive healthcare. Last year saw most of the Republicans calling for defunding of Planned Parenthood, even though it was an insignificant line item in the federal budget, a very small portion of the organization’s funding, and PP is overwhelming geared toward preventive healthcare and contraception and not abortions like the conservatives would like to have people believe.

Already this year, only a couple months in, we have GOP jokes about using an aspirin for birth control (stick it between your thighs and squeeze), a GOP presidential hopeful (Rick Santorum) who's going on about how proudly anti-contraception he is, conservatives in Congress trying to find ways for various organizations to opt out of a federal mandate to make sure employees are covered for contraception in their health plans, and conservative leadership at Susan G. Komen for the Cure almost yanking support for Planned Parenthood away for specious and suspicious reasons (a decision only reversed because of the angry outcry that turned that plan into a PR nightmare for the Komen folks and a fund-raising win for PP).

Not to mention various states and municipalities doing things like essentially decriminalizing domestic assaults, ratcheting back on pursuit of rape convictions and making it harder to get abortions.

How has this happened?

How have we slipped so far so fast, with perhaps more backsliding to come? On the face of it, that doesn't make sense, even with so many cranky and fascist old white guys in leadership positions in the local, state and federal government despite men being only half the population. After all, women made more gains with less money and political influence in the mid- and late-20th century, and now in the 21st century many of those gain are falling away.

Or does it make sense after all?

I think it does, and I think I know some of the reasons. At the core of it, a big problem is that many women are complicit in this decline of women’s rights. I don’t simply mean conservative women like Sarah Palin – and Michele Bachmann-wannabes. I mean women of moderate and liberal leanings, too, who have taken their eye off the ball.

They have forgotten – or failed to realize, especially if there are in the younger generation – just how much conservatives want to dictate what they can and cannot do with their bodies, even when the decision is to have sex and avoid pregnancy.

You have moderate women who hear all the talk about deficits and free-spending liberals who decide to give conservative politicians a chance, forgetting the fact that aside from generally giving money to the rich and taking it from the poor and middle class, many Republicans and other conservative politicians tend not to really be on board with letting women make adult choices regarding their own bodies—it’s as icky to them as the notion of same-sex marriage.

Then you have older women, in peri-menopause or post-menopause, for whom contraception is a fading issue or a non-issue. They may have daughters and contraception may be on some of their minds, but even if these women were staunch feminists in their younger years, reproductive issues are likely not nearly as high on their priority list as comprehensive healthcare, retirement and issue like that. There won’t be as much hew and cry from them when contraception issues come up.

And how about the women who are in their late 30s or in their 40s—perhaps even their 50s—who haven’t yet begun menopause but put off having kids for their careers and for whom fertility is the big issue, not contraception. Sure, they may value the importance of having it available for other women but, again, it takes a backseat in their list of personal concerns.

Going younger than that, there are a slew of women now who view feminism as a problem or who define it in very different ways than their parents and grandparents have. I find many, many liberal-minded women who reject the brand of feminism their mothers practiced. In many cases, they see women who were focused on career and lost out on having a rewarding life as mothers. They go the other direction, seeking to be stay-at-home moms or sometimes work-at-home moms. Many of them may embrace a lot of themes that trend liberal, like public breastfeeding, cloth diapers and the like, but many of them are dependent on the income of their partner, many of them seek to have more children, and I don’t think contraception is as big an issue in that child-bearing age group as it used to be. In other words, some of their choices hearken back to more conservative modes of family structure and operation. Contraception will often rank far lower on their list than will other issues because often they are trying to build their families and focus on their kids.

So, what we end up with among liberals and moderate swing-voters is less of an impetus to notice that contraception rights and other women’s right issues are being torn down piece by piece, and less of a fire inside them to make it an issue on which they will expend much energy by writing their legislators and such.

I think the conservatives have taken note of this, and they are riding a lot of momentum to undo things that many women have come to take for granted, including access to contraception or emergency contraception.

As with so many things, though, you won’t know how much you've lost until it’s taken away.

By then, it might be too late. At the very least, it will require uphill battles that could take years and put many women in harm’s way, diminish their quality of life or force them into decisions and positions they wished to avoid.

Don’t take your eyes off the ball. Or the pill, for that matter.

Yes, that’s right. We want YOU to write something for SexIs! See this post for details!
Tags:
Views: 1478
Related articles 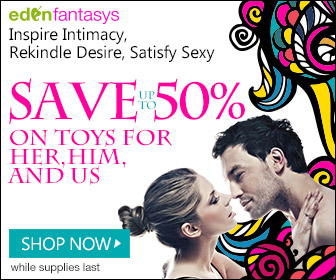