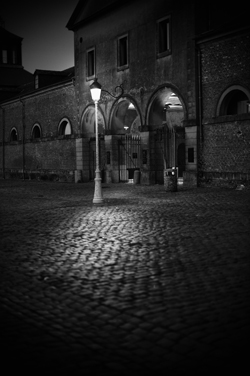 It's a sad truth that as long as sex workers remain marginalized and pushed into an underground economy, they will remain vulnerable. But does it do any good to count someone like the Long Island serial as a “John?” It seems his intention was never to actually pay a cent — but to harm.

The violence Atchinson found is real but perhaps surprising. Nearly 30 percent of male sex-buyers admitted to slandering sex sellers online through things like posting negative reviews (something that can really harm a sex worker's income). Twenty percent indicated that they argued with a sex seller over terms of service and 12.3 percent indicated they had refused to pay a seller for services or tried to re-negotiate. A slim 3.4 percent self-reported that they “committed violent offenses” meaning robbery as well as physical — sometimes sexual — assault.

These findings jive with a similar on-going study at Depaul University in Chicago. Professor Gregg Scott explains: “One of our findings is that there's far more economic/financial victimization than physical or sexual.” According to Atchinson, violence happens when there is a breakdown of communication, usually over expectations and specifically cost.

Ted is an army veteran in his 50's who lives in the Midwest. He has clear idea of his expectations: “A fellow trainee invited me to San Francisco to meet his wife. While I was there, we went to visit some hookers he frequented. When we got to her room the lights were on, the TV was loud and the bed was rumpled. We got started when phone rang and the answering machine said ‘busy now hun, call me back in a few minutes!’ I just got up and said ‘No thanks, no longer interested.’ When I told my friend, he thought we should go back and beat her up for not getting me off.”

An English veteran also was honest about violence in his experiences. He too was in the army, visiting a sex worker with a friend. Afterward, his friend began hitting, beating the woman — the man reported he had to pull his friend off of her.

Both Scott and Atchinson report that violence is more common in unregulated venues, like the street. “Certainly the men I talked to do acknowledge that the street is the least personal venue from which they purchase sex. The street is by far the most dangerous, but some men feel it’s the risk that makes the street appealing.”

Evan, an artist in his early thirties, reports, “They used to have ads for “massage parlors” listed at the bottom of the sports page of the newspaper. One of them had a discount special, so I went. It was in a strip mall in an industrial park. A violet light glowed in the window, the place smelled like bubble gum and cigarettes. I walked in and paid for the massage, they offered me a Diet Coke. Then this girl came in and wouldn’t do the massage and kept saying, ‘if you want anything you are going to have to pay more.’ I got swindled. I just sat and talked to her for 30 minutes.”

Every guy I interviewed had a story like Evan’s; without exception they had once been robbed or swindled in some way. It seems victimization is a two-way street, but we live in a culture where women, in general, experience a greater amount of it.

“There are some men out there who legitimately want to exact rage or power upon women,” says Atchinson. “The most vulnerable and easy target is a sex worker. Now, if we take it as a serious possibility that those men never intended to pay a cent, what good is it to label all ‘Johns’ as violent?”

But for me, an uneasiness remains, because even if the Long Island Serial Killer isn’t a buyer, this doesn’t erase the fact that there are violent “Johns.” Victimization doesn't come just from those who are solely out to harm.

“When I find sex buyers saying, in one thought, that they have a deep personal commitment to their sex workers and then, in another, they talk about a different sex worker who was drug addicted; saying they just wanted to get the service and get out of there, I have to come to a way of resolving that.” says Atchinson.

How can the same man treat and think about two sex workers so differently? For Atchinson, it’s understanding the different environment involved in each situation, how the venue has a hand.

That said, it’s the larger environment — a place where sex buying is illegal — that endangers the safety of all sellers and buyers. It's an environment where sex workers cannot turn to authorities for help if they are victimized; neither can buyers. It’s an environment where sex workers (or buyers) who have information about the Long Island Serial Killer may not feel it’s safe to come forward. As long as sex work is criminalized, sex workers remain vulnerable. A serial killer might be the most dramatic example, but the Long Island victims could have possibly been protected in a regulated, decriminalized environment — and still be alive today.
Tags:
Views: 1206
Related articles