The Whore Journals, Part 11: The Day of the Slut 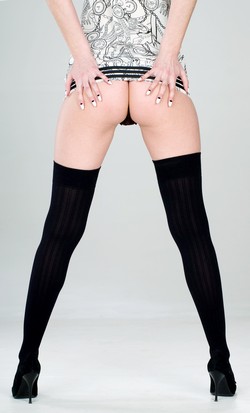 The Day of the Slut

I try to only book one or two sessions a day, but being the new kid on the block, guys are just queuing up, jostling and act like I’m the new Harry Potter book coming out.

Today I’ve gone and booked four appointments, but one was quite early, and one was quite late, and the two in the middle are due to the fact that Santa Claus is a total pervert and wants to come over right after I’ve been with another guy so he can eat me out.

I said, “Dude, you’ll taste condoms.” He said that was Okay. He wants to see the “scene of the crime”—the condom wrapper, the damp sheet…doesn’t want me to wash up, except my armpits. He wants me to wash the deodorant off so he can eat them like other guys eat pussy. I’m not ticklish, so I’m down with that.

Pete #1 showed up, wearing his sandwich shop uniform—khakis, polo shirt with logo, baseball cap. He’s hitting me on the way to work. After he fucks me, he’ll put the uniform back on, tuck in the shirt and make sandwiches for people all day. He has a mustache, eeeww. But he’s young and in shape! Pete #1 obviously plays the guitar—he can strum a clit like nobody’s business. He fucks me for an hour solid, Jesus I’m earning it!

It does feel good. He's a good lover, just not the ideal client. With clients, you want them to get off easily. Not that I want to push them out the door ASAP, but, you know, you want them to be easy. Like my ex-husband.

So a few hours later, Pete #2 comes over. He’s this super-vain, older guy who is self-conscious about being older. He kept asking if I minded that he was “so old,” which I think meant late 40s. I said, “Pete, I’m 29. (NOT TRUE!) It’s not like I’m barely legal!” He’s perfectly fine looking—not my type, but I’d give him handsome.

Pete #2 is an odd fellow. I notice a faint scar running the length of his dick, and he keeps fondling it proudly. It’s really hard, and he marvels at it. Did he take Viagra? Is there a pump hidden in there? He likes licking my ass, which I take to mean he likes having his ass licked. BINGO. I keep getting the impression that he thinks we’re on a date, and not having a client relationship, which makes me nervous. Is he gonna pay me? (I should ask for the money up front, but I’ve been trusting the clients, and so far, they have all paid me at the end. Some put the payment in an envelope, which I’ll recycle later to pay bills—unless they thoughtfully print my name on the envelope: ELISABETH. I’ll bet they get off on that.)

He really pushes the hour time limit, and I want him to come already, and finally he fakes it and I play along. I’m not really sure why he booked time with me. I can’t figure him out at all. He does end up paying me, and kinda acts cocky at the end, whatever.

As soon as he left, I called Santa Claus and told him the coast was clear. He came waddling over, doing his weird happy sing-song humming, and went to town on me, tasting my very naughty bits and licking my armpits. Unfortunately, he wanted me to taste his naughty bits too, so I licked around his balls gingerly, and then he asked me to suck on his flaccid little uncut dick. I did, and it tasted funky. I gagged. It brought back a memory of a time I worked at a bookstore and had to clean up a shitty toilet cuz no one else was around to do it. Sometimes, work sucks. Literally.

Anyway he came twice and left, and I gargled with Listerine and took a hot shower.

That night, I had my dental appointment. I met the guy in his office. It was his last day at this location, and the next time we’d meet would be at his new posh surroundings. So this visit felt retro and nostalgic—old maroon dental chairs, fake plants, very ’70s.

He was older, soft and fat, glassy eyes. Some of these guys don’t make the early 50s age bracket look so good. But hell, just throw money at it and fuggetaboutit.

He asked when I last went to the dentist. I told him it was just a couple weeks ago (TRUE) and that I had a non-sexual crush on my dentist, cuz he’s so gentle and reads and we always talk books. He had me undress in his office, and I kept trying not to stare at the mounted fish on the wall. He manhandled my tits. Jesus, some guys treat them like video game controls! (Though some guys are amazingly tender…) He examined my pussy and ate me out on his desk. I faked orgasm.

Then he walked me to a dental chair in the dark, spooky office. I said, “I’m naked, I’ll get a wet spot on it.”

He said, “Don’t worry honey, we’ll just hose it down!” I noticed how he kept wanting me to walk ahead of him even though I had no idea where I was going. This is because he had a limp and was self-conscious of it.

I settled down in the chair. As he fed me his cock I thought, Well I’ve never had THIS stuck in my mouth during a dentist appointment…”

He fucked me, and it was dull and lasted much too long. He’d say stuff like, “I just met you 30 minutes ago, and now look at us! My cock is buried in your pussy!”

Finally he finished, and afterward we chatted for a bit, and I grew to like him as a person. But GOD, was I glad to leave and finally call it a day.

Got up bright and early for my appointment with my massage therapist. I totally look forward to it. The guy is mysterious, reverential, soft, deliberate, a silent masculine presence. The set-up provides the ultimate foreplay. I find myself quaking with anticipation over when he will finally place his mouth on my flesh…I love when I leave and act like we didn’t just fuck, gosh no!

Then I went shopping and bought cat food, new panties and booze. I went to the bank and felt smug depositing the wad of cash. I’m tempted to toss it around my bedroom and wallow around on it, but it’s filthy, so I don’t. I like watching the bitchy tight-lipped woman count it out, knowing that she is handling illicit funds.

Rumors are swirling around the site I posted my ad earlier this month that I’m with LE (law enforcement). HA! I can see why a dude might think that—I live in town, am not transient, can form complete sentences, only posted my ad once instead of multiple times like some of those desperado chicks, and am not strung out on drugs. In other words, too good to be true.
Tags:
Views: 1453
Related articles