What Would the Other Moms Think?

by The Beautiful Kind Published: December 13, 2010 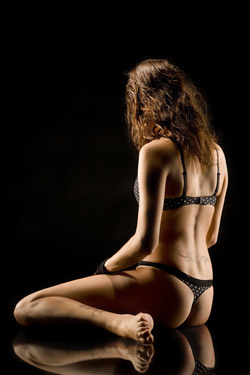 The Whore Journals, Part 21: Every Client Has His Kink
May 16

A client told me he wanted to visit me and would be by after he gave his nephew a guitar lesson. I told him, “Well, if I see you coming up the walkway carrying a guitar, I’ll know you got the two of us confused.”

The sandwich shop guy came back. Again he fucked me for way too long, and I silently cursed the fact that I’d tossed his pants on top of the clock. He said, “I could do this all day,” and I said, “I believe you.” We went overtime, but I finally saw him off.

My nooner was a complete contrast – it was the tan redneck guy. He blew in like a testosterone tornado, fucked me fast and hard, and was gone in 20 minutes. Nice!

Momentous decision—I’ve decided that I want to make a go of it with the music professor widower, so I’m going to leave this line of work at the end of June.

I had an early-morning rendezvous with the architect.

The book Callgirl warned me of the guys who, when seeing how “into it” you are, make the incredibly annoying crack, “I should be charging you.” Yep, he’s one of those guys. I attempted to laugh along, but the internal eye-rolling interfered.

He loves that he can call me his dirty little slut and that I suck his cock and act like I enjoy it, but I have to admit it’s getting a little old. I can tell he takes it for granted that I’ll be his little fuck toy for as long as he wants. Secretly, I enjoy the thought of pulling the rug out from under him and changing my phone number and never seeing him again.

How Do I Get In The Top Ten?

Met with the Indian—the horrible kisser. God I hate how his tongue darts ridiculously. He asked me how his cock rated out of all the cocks I’ve seen (after he fucked my mouth) and I said, “Oh, Top 20.”

“What would I have to do to get in the Top Ten?” he asked.

What kind of question is that?! I changed the subject by jerking him off.

That night I had a dinner with the other moms from my daughter’s school. I thought about announcing the fact that earlier that day I had jerked off an Indian man, as a break from their conversational topics such as the baby having pink eye and the next teacher conference in Vegas.

One of the mom’s was going to sell a piece of furniture online. She turned to me and asked, “Have you ever sold anything on Craigslist?”

I stifled a laugh and imagined my response to her: “Yes, my body.”

At another point they complained that all our shared dishes didn’t come with serving spoons. “Oh well,” one woman said with the slightest tinge of nervousness, “We’re all healthy!”

I wondered what they would think to know they had a whore in their midst.

The tan little Tasmanian devil stopped in today for his 10-minute fuck fest. The gold crucifix around his neck rubbed around in my crack as he ate my pussy. When I told him later (in case he wanted to wash it or kiss it or something) he laughed, “I won’t charge you for that thrill!”

Then he headed down to the lake for the weekend, refusing to wash his face so he could smell me on his drive down.
Tags:
Views: 1894
Related articles