#SetTheMood - A Night in the Park 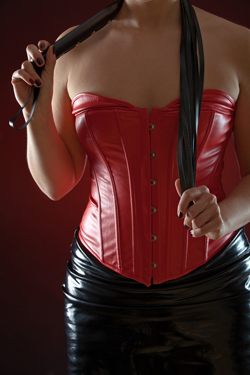 How do you set the mood for a night in the park? Lady Dream Kitten’s way might surprise you!
We all have those things that make us feel sexy and get our blood hot and ready for fun. Sometimes that thing is in the bedroom, and sometimes it’s out in the open in front of thousands of people.

But those nights that it is out in the open can be more than just sexy hot fun for the couple. It can have a profound effect on the lives of some of those that see the public scene.

One of my lovers and I have a way of winding each other up out in public.

He is a huge man that stands about a foot and a half taller than I am, but he is my submissive and human pet. He has a bit of a sadistic nature and loves to remind the humans that monsters do exist. He will growl, snarl and roar. It’s creepy for most to see.

We decided to go out to a night event held in a local park. We dressed up a bit gothy and very tame fetishy. Just a bit of leather and spandex with cuffs, a collar and a leash.

What we were doing really wasn't that important. It was simply a very tall and powerful looking submissive man being lead around on a leash by a very small dominant woman in a very short skirt.

Once in a while, we would be just cuddling, or I would grab the ring on his collar to pull him down to kiss me, and some young guy would be checking out my ass or breasts until he would hear a deep growl. The guy would look up and see my lover looking him right in the eye and snarling like a huge predator. The guy always would bolt away and we would start giggling.

But that isn’t the reason I am writing this.

We know that night we touched the lives and sexuality of a lot of people, especially some young women. The looks that we got from young women were very powerful, even for us. It was that look when a girl realizes that even she could be that powerful if she wants it. That she can be large and in charge no matter her size. That she doesn’t have to conform to what society says a woman should be.

We over heard mothers telling their little girls, “See, there is a powerful woman. If you put your mind to it, you could be her when you get older.” Teenagers saying, “Now that is girl power.”

We were even stopped by a mother asking if we would pose for a photo with her daughter. The daughter was so nervous to be near us. My lover joked that we wouldn’t hurt her. My response to that was, “But I will be hurting him later.” I even asked her if she wanted to hold his leash. She was way to freaked out for that. The mom got the photo and the daughter ran behind her dad.

Yes, that’s right. We want YOU to write something for SexIs! See this post for details!
Tags:
Views: 1386
Related articles

Been part of the kink world for a long time and have earned my title. I am an openly pansexual poly woman that is very happily married and has other partners.

Yes I am very into some parts of alternative lifestyles. If you have questions about some of the more odd things that I mention, please ask me about them, I'm totally open to tell you about them and when to find out more.

How do you set the mood for romance? Communication? Being someone other than "Mommy" for a little while? Our contributors have some ideas.

Other articles by Lady Neshamah