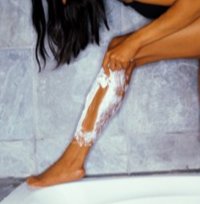 http://www.lipstiq.com/2012/09/04/get-the-razors-ready-its-shaving-time/shaving-legs/
There are a lot of misconceptions about how birth control works and what the options are. As a feminist birth control researcher, I am working to dispel these myths through this series about each form of contraception available on the market in the United States. In this introduction to the series, I am giving an overview of the two feminine hormones and how they work in contraceptives.
Browsing SexIs, I realized there was very little information about contraceptive options. Particularly for those who are in monogamous relationships and want to stop using condoms without getting pregnant, contraception is really crucial. When talking with other women, I find that there are a lot of misconceptions about birth control, how it works, and what kind of problems could be associated with it. As a feminist researcher of contraceptives and their history, this concerns me a lot.

This concern led me to create this series about all birth control options on the market, starting with this article, dedicating an entire article to each option. In the future, I will write about Paragard (non-hormonal IUD), the patch, Depo Provera (“the shot”), Mirena (hormonal IUD), Nuvaring, the Pill (combination and progestin-only), Implanon, VCF spermicidal film and other spermicides, the diaphragm, male and female condoms, and perhaps I’ll throw in an extra history of contraceptive devices like condoms and IUDs, for fun!

For this week, I’m going to start out with an overview of how hormones affect the body and menstrual cycle, and why people choose birth control. In each of the parts of this series, I’ll discuss who these options are best for and why as well as their complications and who they are not best for. Also, as a disclaimer, I recognize that female-bodied people who do not identify as women may also be using some of these contraceptives. For the sake of continuity and to prevent confusion, I will be using the words “woman” and “she.” If there are concerns about this decision, please let me know.

I talk to women about birth control a lot. One of the most common things I am told is that someone would never want to take something like Depo Provera, also referred to as “the shot” or “depo”, because it suppresses the menstrual cycle and it is not healthy to not have a period. This may blow some minds, but I hope most of you already knew this: every hormonal contraceptive prevents you from having a proper period and menstrual cycle, except in the 40% chance that a progestin-only birth control like Mirena, Depo, or certain pill options, still allows for ovulation to happen. The blood that you shed while taking a hormonal contraceptive is withdrawal bleeding. It is not a real period at all!

This has to do with how each hormone prevents pregnancy. Estrogen is in most forms of hormonal contraception. It is in Nuvaring, Implanon, the patch, and most pill options. Although when I ask, not many women know whether their version of the Pill is combination or not, most women are taking combination pills. Popular forms of combination pills are Seasonique and Yasmin. Estrogen is always in birth control alongside progestin; it is never the only hormone in a contraceptive, or at least, it has not been thus far. It works to prevent pregnancy by preventing ovulation.

Progestin is a synthetic form of the female hormone progesterone. It works by more roundabout ways, such as thickening the cervical mucus, making it harder for sperm to get to the uterus. It also changes the lining of the uterus. It will make it so thin that it is difficult for a fertilized egg to implant. This is why sometimes when a woman removes her Mirena or stops receiving birth control shots, it takes a long time to return to a period if she lost it during her time on the contraceptive. The lining is so thin that there is not anything to shed during the period. This is one way that hormonal contraceptives lighten periods. Progestin-only contraceptives are just as effective as combination contraceptives. In fact, some of them are even more effective. Mirena and Depo Provera, with little room for human error, are more effective than Nuvaring and combination pills.

Why are hormones important? Some women can’t handle taking estrogen because it makes them too emotional or stressed out easily, or even problems like back pain or other undesirable side effects. Similarly, sometimes estrogen balances out negative side effects from progestin that some women may feel, and therefore they prefer those options. Furthermore, the reason why women take birth control in the first place is important in deciding which option to choose. For a woman trying to avoid pregnancy, any option is appropriate. For a woman trying to prevent pain and other problems from menstrual disorders, something placed in the uterus, especially something that does not have hormones, is not the best option and may even cause further problems. A woman with endometriosis should not use Paragard, the non-hormonal IUD, for instance. More about that when I cover Paragard in detail! If searching for something that is more private but for someone in high school who can’t risk a 10% chance, an option like Nuvaring or Depo Provera is really enticing—in fact, Depo Provera was my first birth control during my senior year of high school and the little time and thought I had to put into it was great for my first year of college as well.

I hope that this series will help women choose a birth control that is right for them, or even confirm that the one they’ve chosen is the best. At the very least, I hope all people walk away with a greater understanding of birth control and can dispel myths during their conversations with others.
Tags:
Views: 1765
Related articles