Evolution of the Menses: A Bloody History 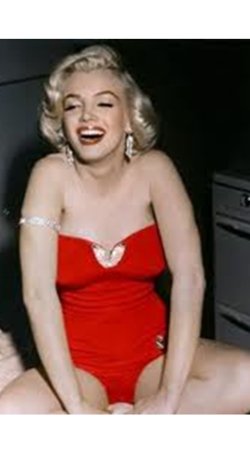 What are you wearing right now? Do you have a tiny tampon in, a huge monster pad, or are you lucky enough to not be surfing the crimson wave? Whether you are currently shark bait or not, you may find it interesting to revisit some rags of the past.

"Hey Americans! Has the red on your whites been giving you the blues?"

Before woven cloth, women utilized internal sponges. “Sponges?” you may be asking incredulously. Well get this, before sponges, women weren’t “riding the cotton pony”, but rather, “the grass pony.” That’s right folks; pads were made out of an organic, recyclable, naturally occurring, absorbent material: grass. I guess it is cheaper to grab a handful of meadow than to drive down to your local pharmacy. But it does look a little dry, doesn’t it?

When ancient Egyptian women were on their period, they were quite literally “on the rag.” Women used this technique for thousands of years, and in this informative photo of an Italian sanitary napkin (yes, it was difficult to find) we can see that menstruation station didn’t really change much between 400 A.D and the more modern 1745. If you look closely, you can see the initials of the woman whose vagina owned this fabric… It brings a new meaning to the phrase “signed in blood.”

There is very little history available on menses before the sixteen hundreds due to the fact that women weren’t encouraged to write and the fact that women did not typically wear anything to soak up Auntie Flo’s gift. Women have left behind a truly bloody history. That’s correct, fellow breeders; those long skirts that peasant women often wore, probably smelled and looked a great deal less clean than the clothing that we modern bleeders typically house in our closets. I wonder if that’s why so many 13th century paintings feature women dressed in all red.

Disposable pads became all the rage, thankfully, in the 19th century when a famous American, Benjamin Franklin, sought to put an end to the red scourge. He actually designed the “absorbent pads” for soldiers, in order to bandage large wounds, but someone with a Yoni went ahead and stole the idea for womankind. After good ‘ol Ben’s invention, several commercial versions of sanitary napkins (what an unattractive title) became popular. These huge pads were worn by tying them to the underwear and around the waist and hips. Women also generally wore huge aprons, called “shields,” in order to avoid pesky stains on their furniture and clothing. In case anyone else notices, this outfit is strangely reminiscent of the pants that the Spartans wore, and this apron may have seen its fair share of bloody battles.

In an effort to circumvent the discomfort caused by such enormous pads, women turned to insertables, or tampons. At the time tampons were made of “plugs of antiseptic wool,” and were generally hand-sewn by either nurses or the menstruating women themselves. As women today are told to cycle through tampons at least every four hours, it sure seems like sewing your own tampons would be a daunting task. But if you were a 1920’s gal it would have been considered normal to create, and place, one of these interesting looking items inside of your love glove.

Pads from the early 1900’s were very diaper-like, but perhaps a bit more sanitary that the tried-and-true grass and wool techniques. Women, during this time, adopted pads held up by “belts” to drink up their Bloody Mary’s. These chastity belts swaddled the unfortunate woman under a mountain of gauze and made exercise, and movement in general, impossible. I would know the discomfort of such pads, after all, my grandmother insisted I wear one, each and every time I visited. Apparently, the modern invention of a tampon hasn’t quite reached the ears of my sweet grandmother, who is still convinced that Nixon is president. No wonder this woman, on the Modess packaging below, seems able stand only in one place and look pretty for the camera. Her cotton “Contour Belt” is nowhere as comfortable as the free- falling period style, which the women of the 13th century had adopted. It’s a good thing too; her gown is definitely not red enough to hide anything darker than a fuchsia stain.

When women began to enter the work force, it became important for them to have a greater range of movement than before in order to appear as “bloodless” as men. Insertion-type methods became popular in the 50’s and 60’s, although they had been commercially produced since the 1930’s. Tampons with applicators, marketed as “pads in tubes”, became popular amongst these working women. Tampax marketed their design towards women that exercised, showing advertisements of Olympians who simply couldn’t survive a competition without a sanguine stopper.

In the 1980’s, with the invention of the adhesive pads, pads and tampons became two the most common ways to deal with vampire bait. Most mothers encouraged their daughters to wear pads until their flow became regular enough, or they became comfortable with using an insertable tampon. Tampons allow the wearer a wider range of movement, less discomfort, and perhaps most importantly of all: the ability to swim in a public pool without a five year old boy running up to ask if “all that blood” was from an upper leg injury.

If you want to go out and paint the town red today, there are all sorts of modern inventions that can accompany you. The Diva cup, an insertable blood chalice, allows women to go on, doing whatever, for hours before having to empty out this grail. This device, made of a soft plastic or biodegradable material, is great for girls who don’t want to worry about pad lines, which are similar to underwear lines but a little more on the red-ish side, or tampon strings, which can, I have heard, get pulled out by inquisitive males. “Oh, ma’am, you seem to have a string hanging off of your skirt/pants/bikini, let me just yank that off…”

Nifty little cups, washable pads, disposable pads, and tampons, serve as Mother Nature’s modern companions. Women throughout the ages have been building dams to stop the crimson waves, and today, we can choose the product that suits our individual needs the best.
Tags:
Views: 1907
Related articles