From Another Perspective (cont.) 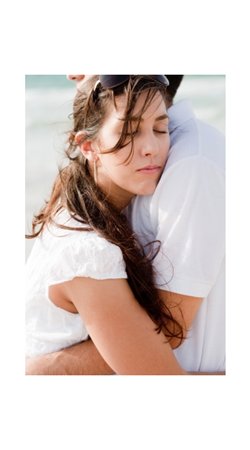 FreeDigitalPhotos.net
This is a small glimpse into the troubled mind of someone who's never been enough and the struggles faced from having to grow up with a father who had serious sexual dysfunction and never accepted me because of my gender.

When you grow up surrounded by a cage, it's hard to understand that when the door opens, you can spread your wings and fly. My whole life I had to keep my wings clipped and my mind grounded. I couldn't let go and be wild and free. I had to suppress those urges and patiently wait for the right moment to allow myself to soar.

Growing up with a father that won't accept you pierces you to the core. No matter how hard I tried to impress him, no matter how hard I tried to fit in with him, I couldn't do it. No amount of asking questions about what he was working on or offering to help him with his projects was going to help. I struggled with it a lot as a child, but by the time I was a teenager, I realized that it was futile. I was never going to be enough for that man, and for what reason? Because my anatomy wasn't what he had hoped for.

As a teenager things really messed with my mind. I never felt like I was good enough for anyone and struggled deeply with finding something to love within myself. I had boys that were attracted to me, but it was always awkward and for the wrong reasons. I deeply desired a healthy relationship with a male, but that's hard to find when boys are struggling to find themselves as well. I was never pretty enough, was never thin enough, and I was always the female friend that guys could tell anything to, and did.

My father didn't like my male friends. It was pretty obvious that he assumed that since he was a pervert and couldn't be trusted, that every boy that came around was the same. I heard several times, "I was a teenage boy once," and every time I heard it I thought about all the ways he was fucked up in the head. He did an excellent job of warping my view of males. He was my example. He showed me what men were really like. They were all angry, hurtful pigs that didn't care about anything other than having their desires fulfilled. I wanted to believe that it wasn't true. I wanted to believe that there was a prince on a white horse for me that was going to be the one to prove me wrong. I thought for sure that there was a man out there that was going to sweep me off my feet and give me everything that my father refused to: unconditional love and acceptance.

When I was finally able to separate myself from him, I tried to move past all of the dysfunction. I had a hard time opening myself up to anyone. If my own father couldn't accept me, how could anyone else? I tried to be a good person, to be loving and understanding of others, but there was never anyone there when I needed them. My struggles turned me into a very insecure person, and it's taken a lot of strength to try to push through it.

I am a highly sexual person, but that fact has been more troubling to me than positive. I have an immense need to make sure I'm pleasing my partner in all things, often at my own expense, to make sure that they don't leave me. It's sad when I think about it. It's not about my own sexual gratification, because honestly, I'm not turned on half the time I'm having sex. It's about the need to sexually please. That's the one and only thing I've been able to mostly do "right" in my life. I guess that's been the thing I've had the hardest time with. Exploring my sexuality and allowing myself to feel good about it. It's been a difficult ride for me to come to the realization that it's okay for me to feel pleasure too, and it doesn't make me a pervert or sexually dysfunctional. I've spent my whole life trying to please everyone else; it's okay for me to get a little in return.

I think I'm always going to struggle with this horrible insecurity within myself, but I hope that I can change my experience into something better by treating my three daughters with the same love and respect I deserved and wasn't able to get. I don't want for them to feel like they need approval from a man in order to make themselves feel okay about who they are, and I'm doing my best to start them off in the right direction.

We are all beautiful and unique and special in our own ways. Someone's gender shouldn't change your view of them or your acceptance. We are all people and we all have our own thoughts and feelings. I wasn't able to express to my father how much he hurt me when I was a child. I wasn't able to stand up for myself then. But as adults, we all have that right, to expect to be respected and loved and accepted.

I'm still working on me. I've had my moments where I was able to fly, but my wings are still new and in need of more strength before I'm able to soar.
Tags:
Views: 1206
Related articles