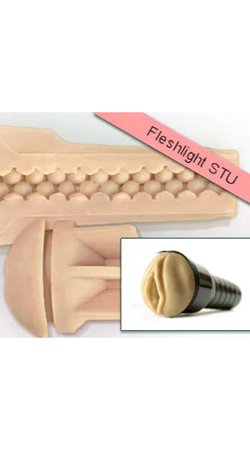 www.Fleshlight.com
Do you sometimes not finish in bed? Do you find yourself grabbing yourself quite roughly? Chances are you have DGS, more commonly known as Death-Grip Syndrome. Don't worry, it's curable! If you want to figure out how to help cure this, read this article!

""The STU, designed to be more intense than real sex""

How to cure DGS (Death-Grip Syndrome)

Alright, I guess I'll start from the beginning. I was circumcised when I was eight and as is the case with most circumcised males, the head of the penis is much less sensitive because it is constantly exposed to clothes and other outside contact. This sometimes leads to complications, because you train yourself to grab your penis much tighter than any vagina or anus will be able to do. Don't worry, there's a simple fix.

The worst part (I think) about DGS is that it takes its toll on your partner. I was in a long term relationship with one girl for almost two years, and I didn't finish once from vaginal sex. I had to jack myself off for a good 15-20 minutes if I ever wanted to finish. This made her feel really inadequate and regardless of how many times I tried explaining to her that it really isn't her, I can't blame her for feeling partially at fault.

My skepticism did not subside, I tried again and again and all it felt like was a slippery hole. I almost gave up on it, but I read online that you can actually heat up the super skin material that Fleshlight sleeves are made out of. Just soak it in warm water, and the product itself retains heat very nicely. This made it a little more enjoyable at first, but it still took almost 20 uses for me to finally notice all the bumps on the inside. Once I did however, I never wanted to go back to my hand. I urge anyone with a Fleshlight (especially if it is their first masturbator) to give yourself a chance to get used to it, and give the material a chance to get used to yourself. It feels weird to say, but it's actually like this Fleshlight is alive, it grows on you!

Fast forward six months and I was feeling the inside of pussies like never before. It felt like my first time all over again! It might take a while, but I urge all of you with DGS (hopefully not as bad as I had it) to get the STU! You will not regret your purchase, at 70 bucks it really is a steal for the increased sensitivity you will feel. 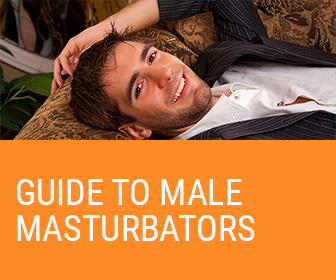