SexIs Subjective: How Thin is Too Thin? 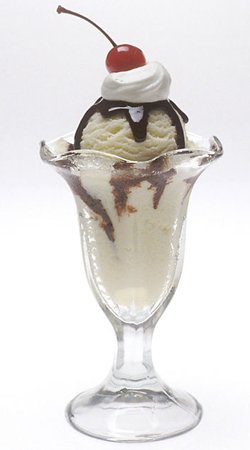 http://www.freestockphotos.biz/stockphoto/17146
Are words of affirmation always positive? What happens when they're used to perpetuate unhealthy lifestyles?

"We turn skeletons into goddesses and look to them as if they might teach us how not to need."

"Thinspiration. Fat acceptance. Fit is the new skinny." These terms of affirmation toe the line between self-esteem and self-aggrandizement with the tendency to teeter toward the latter. All three can be used to elevate self-destructive eating and exercise habits that can reach extremes. While these terms can certainly serve the purpose of elevating the people they refer to, they ultimately can give people a potentially false or damaging sense of community where they feel as though because others share in their diet and exercise habits, this somehow makes them less dangerous.

"Thinspiration" is particularly troubling to me, given my personal history with disordered eating. I went on my first diet at about 8 years old in the company of a neighborhood friend I used to run around with. We were aspiring models, trying to will ourselves tall and keep ourselves svelte for the runway, despite the fact that I didn't really know what that meant. We never kept a scale in our house, but my grandmother did, and I would obsessively check my weight at her house, sometimes three or four times during the course of one visit. In high school, I learned about the Body Mass Index, and I was thrilled to find out that I fell into the underweight category, even though that meant I was potentially unhealthy.

I had my first serious girlfriend in high school, and a history of eating issues was a common thread we shared. We talked about our struggles and though I wavered a bit, ultimately I began to take on a healthier attitude about my body. My girlfriend, on the other hand, struggled immensely and weighed merely 85 pounds at the time we broke up. Her heart had shrunk and she had to be hospitalized because her diet of black coffee and plain baked potatoes had caused her body to shut down.

The scariest part of all of this was finding out about the online communities that existed to support such a destructive lifestyle. Pro-eating disorder sites personified anorexia "Ana" and bulimia "Mia," and users posted their daily calorie counts, chastising each other for eating healthy foods, posting pictures of really thin women as "thinspiration," and offering tips on how to fool friends, family, and even doctors into thinking you didn't have an eating disorder. The communities normalized and glorified what may very well have killed my girlfriend had she not gotten help.

Though many of the sites from that time have since shut down, the normalization of eating disorders is still a huge problem. Terms like "thinspiration" empower unhealthy and unrealistic ideals rather than encouraging a healthy diet and moderate exercise. Though advertising undoubtedly plays a large role in perpetuating these ideals, the rise of online support communities may also be at fault.
Tags:
Views: 1487
Related articles

Femme Mystique
I'm a veteran EdenFantasys reviewer who has been writing since 2007. I love high quality silicone toys and am building an arsenal of sexy frilly things.

Anything else you want to know about me or products I've reviewed, please feel free to send me a message!

Other articles by Femme Mystique