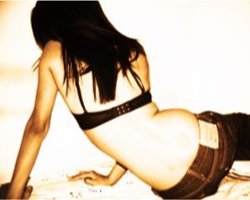 http://www.sxc.hu/browse.phtml?f=download&id=540757
At 21, I was diagnosed with an STD. Though I have happily found someone who accepts me and doesn't judge me for my past, society still says it's OK to make jokes about diseases that are killing people. You wouldn't make a joke about cancer, so why is it OK to joke about syphilis?
I’m a middle class, college educated, professional woman in my mid-twenties. I’m monogamous and a lesbian, and I am in a long-term relationship. I’m healthy, active in the community, and pay my taxes. And I have an STD.

I contracted genital HSV-1, a strain of the herpes virus, when I was 21. I had been with my girlfriend at the time for two years and we had both had a full panel of STD tests, so when I discovered a sore on my labia one day and came down with flu-like symptoms, I was shocked and angry. I had no idea what this mystery bump was and was very accusatory toward my then-girlfriend. Had she lied about her test results? Had she even been tested at all? Had she cheated on me?

I lied around for most of the next week in discomfort, nursing a high fever, muscle aches, fatigue, and a horrible sore throat. When I finally went to the doctor to find out what this pesky blister was on my vulva, I found out that I had HSV-1. The culprit? My girlfriend hadn’t lied at all. A small, mostly healed cold sore on the edge of her lip had spread the virus to my labia via oral sex. At 21 years old, I had an STD that I would have to deal with for the rest of my life.

For months I wallowed about my new diagnosis. I felt dirty and stigmatized and became acutely aware of all the times STDs, especially herpes, were the punch line of a joke. My sex life also had to change, because even though my girlfriend had given me this virus, I could spread it back to her genitally.

I learned all I could about HSV-1, how it’s spread, the properties of the virus, and most importantly, how to protect my partner from contracting it. I armed myself with as much information as I could and read online forums and blogs about other people with herpes. Slowly, I began to develop a healthier outlook about my diagnosis. After all, what I had was essentially a cold sore, and people with cold sores aren’t stigmatized. Clearly it was not the virus itself that people felt shame about, but rather their own genitals.

A year later, my girlfriend and I parted ways, and I realized the eventual reality that I would someday have to have the STD discussion with someone, and that could very realistically be a deal breaker for most people. I panicked thinking about it. As a lesbian, the dating pool is already small, and the potential of being rejected was an equal mixture of sorrow and terror.

I’ve dated three women since that breakup where we got far enough along that I felt it was appropriate to tell them about my STD. I told them factually about the disease and that it was not something I was ashamed of, that I knew how to protect them from contracting the virus, and let them ask me any questions they had. After the first person, I was admittedly surprised that she still wanted to date me.

Both of the other women still wanted to date me as well after finding out about my STD. By the time I had met my current girlfriend, I felt at peace with having herpes. In my mind, if they couldn’t accept me for who I was, they probably weren’t someone I wanted to be with anyway. Each time, however, I have been pleasantly surprised with how enlightened the women I have met are and feel hopeful for others living with STDs. It certainly hasn’t been easy having to have a difficult conversation each time things start to become physical with someone new. It’s made it so I approach dating with my guard up. Still, I am happy to have met people who can see me for who I am, not for a cold sore I get on my vulva every year and a half or so.

The scariest part of all is that I had no idea that you could get genital herpes from cold sores. As I talked to others about how I contracted herpes, it was apparent that many others weren’t aware either. This was never taught to me in my public school's sex ed classes, and it doesn’t seem to be very common knowledge. The culture of sex negativity our society has sweeps this type of conversation under the rug and covers it with mean jokes.

In an age where at least 70% of Americans are infected with the HSV-1 virus, where 70% are asymptomatically shedding the virus every month and putting their partners at risk during oral sex, why isn't this more common knowledge? And why do we continue to look upon STDs with puritanical shame, using claims of STDs to insult others? Joking about STDs is slut-shaming, and our health, including sexual health, is not a joke.
Tags:
Views: 2258
Related articles

Femme Mystique
I'm a veteran EdenFantasys reviewer who has been writing since 2007. I love high quality silicone toys and am building an arsenal of sexy frilly things.

Anything else you want to know about me or products I've reviewed, please feel free to send me a message!

Other articles by Femme Mystique