Why AIDS is Still a Big Deal 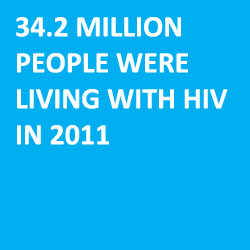 "AZT is the only drug approved for use against AIDS. It's now known that AZT also postpones the onset of AIDS in people infected with the virus. Yet there's a massive obstacle to wider use of this life-saving drug - its extraordinary cost. At $8,000 a year for users, AZT is said to be the most expensive prescription drug in history."

When I was in my Actor's Conservatory training program, I had the opportunity to do spotlight operation for our college's production of RENT. Which means that I got to not only work the spotlight (which is fun when you get the hang of it) but I got to watch the show every night. There were some fantastic singers and dancers in the cast, and it was dazzling to see.

But backstage, there was some discussion of the underlying message that we all know shows like RENT (and Angels in America) tried to address, which was the struggle that HIV/AIDS infected patients go through in their lives. Handling the news that they are infected, judgement from others, questions about how they contracted the disease, the question that is actually in one of the songs "Will I lose my dignity?" and of course, paying for AZT. The show was being done in honor of a former staff member at the college who, unfortunately, died of the disease some years prior. The people who knew him were very emotional when it came to the subject.

After the show closed, I was sitting in class and the subject of both RENT and Angels in America came up. Something the teacher said bugged me right down to the core:

"AIDS isn't such a big deal anymore. Angels in American and RENT just aren't relevant like they used to be. At least not to you guys."

I looked at him and thought "WHAT?"

To say that those shows aren't relevant, and that AIDS and HIV aren't a big deal is not only factually incorrect, but I would say just ignorant. I know it would be a big deal to this teacher if he were to one day contract the disease. So is it just an "it hasn't happened to me, therefore it's not my problem" kind of mentality? I don't know.

I think it's especially silly to say that to a room full of young college students. According to the Office of Health Education and Promotion at the University of New Hampshire, 20-25% of college students in the US have been infected with an STD and/or have spread one to a partner. And the most common symptom of STDs is actually no symptom at all. A lot of STDs, including HIV, can be asymptomatic. So it could be a while before the student is even aware that they have it.

It doesn't help these odds to just say that it's no big deal. It would be much better to spread education and awareness of the facts instead of brush it off as no longer being relevant.

Not to mention the cost of AZT is something that not everyone can afford. My mother used to work in a hospital and accidentally was pricked with a syringe that had been used on a man infected with HIV. As a precaution, she was given a week's worth of AZT while her test results came in. A single week's worth was $700. Just for ONE WEEK. Thankfully she was double-covered under both my father's worker union insurance as well as her hospital employee insurance. Otherwise, there's no way she could have afforded that.

Imagine what it's like trying to pay for something that expensive when you're not double covered. Or when you're not covered at all. What is a patient supposed to do in that case? Steal to get the money or just...wait to die?

As long as there is no cure and AZT remains one of the most expensive medications in history, it will be a big deal.
Tags:
Views: 1708
Related articles

Pandora'sBox
I am a young journalism student about to get married to the most perfect man for me. He and I like to explore new things and try new experiences, both sexual and non-sexual. I like tattoos, piercings, horror movies, yoga (weird combination of interests, I know XD) ballet and lots of other things. I'm sure my fiance will be excited to know I've become a reviewer for Edenfantasies, 'cause he gets to be part of it all. :)