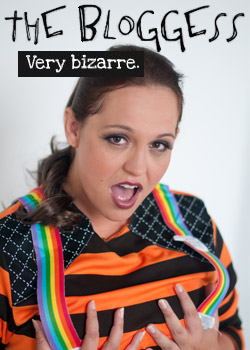 Recently Singapore banned Fifty Shades of Grey from their libraries, which started up sort of an amazing collection of erotica as if censored by the government. It was awesome and I have to share:
Slowly she began spreading her legs as wide as she could…she had to get all the crab’s black pepper sauce. ~ @brucery

It was long and hard, and we panted all the way through. But the 24 click road march was nearly over. ~ @alexkwa

He placed his fingers gently on it and rubbed up and down with delight in his eyes. His new Samsung S3. ~ @sarahhtxy

“Put it in your mouth and swallow it all.” He told her. “Then wash those pills down with some water,” he continued. ~ @TamEasy

“Faster! Faster! Just a little more!” screamed the PE teacher at the students running their 2.4km.

She moaned as she saw his stick. Her eyes widened. Old man. Must give up seat. ~ @nickyxkhor

Her screams echoed as I penetrated her and then ejaculated inside her. Another pri 6 girl completed her injection. ~ @LarryLoyle

“Go deeper. Deeper…oh yes…yes! Ahhhhm it’s coming out” She finally got his ear wax out. ~ @sleepykidddd

She kept pushing her fingers in, not believing how tight it was. It’s been a long time since she’d wear those jeans. ~ @eFaereo

“Mmm…soft and tender. Aunty, your tofu is very nice!” ~ @Hangiweiyo

“I could keep these balls in my mouth forever” she whispered to herself while eating her takoyaki. ~ @kflamex

“Harder! Harder!” he said to himself as he used more strength to pump air into the bicycle. ~ @jiaxingah

“I like the way you gently stroke and caress with your thumb in an upward manner, as you read.” ~ @kirenYvew

They moaned and groaned while struggling with trial and error in their 1st attempt. Such is the nature of Number Pattern Equations. ~ @Missloi

She was the kind who liked taking three shafts at once, leaving the other train passengers nothing to hold on to. ~ @mrBrown

“You’re a virgin?” he gasped, surprised as she shyly nodded. “Do you want to teach sex education?” ~ @longadin

She pumped it harder and harder, trying to reach a whole number for her petrol price. ~ @dodgyaudgy

“I want to feel utterly helpless and submissive” she whispered. “Our pleasure,” replied the govt. ~ @syntaxfreeblog

They liked to share so it was two girls, one cup of Plum Green Tea. ~ @mrbrown

She rubbed it furiously. He couldn’t hold it back anymore. “Aunty! You have to take your ezlink card out of your bag to scan it. ~ @genietheogre

Am I supposed to sit or squat on it?” She asked, as she looked at the whole in the public toilet. ~ @mrbrown

“Does that hurt?” he asked. She writhed in ecstatic agony. “Your kidneys are weak. Must do more reflexology.” ~ @maenadery

She sucked down every single drop. Oh, how she loved those balls in her mouth. Bubble tea is sinful. ~ @lorenzozanirato

The anxious teacher tried all different positions to click the button. But the projector just wouldn’t turn on. ~ @firewillbeborn

“I heard you like it rough. That’s my kind of lady,” he said as he pushed her down the bus.

“I’d tap that,” he said to the tourist who didn’t know what to do with her ez-link card. ~ @mrbrown

“Someday I’ll be on top,” thought the 2nd best student in class. ~ @Fake_PMLee

Her eyes closed and she let out a purr of ecstasy as the warm white substance slid down her throat. “Best tauhuay ever.” ~ @saraannk

He sat and his eyes studied the curves of her body intensely. Ah! His pupils widened. “Pregnant lady. I’ll have to give up my seat.” ~ @JayneRendomm

“Wow, you’re so wet”, he said. “That rainstorm came out of nowhere” ~ @pdkitty

“It vibrated loudly. She closed her eyes. Her teacher was coming and she knew what was next. Cellphone confiscated. ~ @SGteachersays
Tags:
Views: 27059