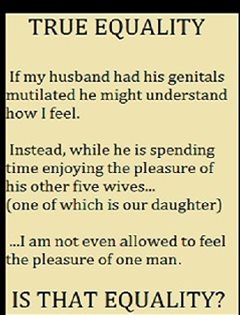 Shariaunveiled.com
In this article, I discuss a form of female genital mutilation -- one that is still practiced today around the world -- clitoridectomy. I wanted to share things I learned while doing research, and what led me to learning about clitoridectomies. The details are horrific, but I keep it light here. After learning what I have about FGM and clitoridectomies, I felt strongly about bringing the topic up in order to share, and perhaps raise more awareness.

"These practices like female genital mutilation are carried out by women for the benefit of men."

What is a Clitoridectomy?

-If your clitoris is "longer than average" at birth, it's highly likely it'll be cut off (clitoridectomy) by a pediatric surgeon?

-An estimated 2,000 female babies per year are "given" clitoridectomies in the US.

-Women who were deemed "promiscuous" often had the procedure forced upon them, unwillingly, and sometimes without even being aware of the procedure being performed. Until they awoke without a clitoris, of course. As hard as this is to believe, it has happened. Some women claimed to have been put to sleep only to awake and not have their clitoris anymore.

-Mothers in some parts of the world are told that if the clitoris is not removed, it will continue to grow until it drags on the ground, and that if they leave their daughters' clitorises intact, they'll become wild and will crave men. Some believe that one reason this tradition has been able to flourish is due to lack of education. In these parts of the world, they've been taught very little (or nothing at all) about their anatomies, so they only know what they're told.

This is one primary reason that they continue to remove clitoris after clitoris, and it's believed that part of the reason clitoridectomy is still alive in the United States is due to immigrants who come to the US and continue their practices of at-home clitoridectomies. Keep in mind, though, that masturbation is not the only reason for female genital mutilation. It’s done in many different parts of the world, and for many different reasons. It is done for cultural practices, for example. Or, for instance, in parts of Nigeria and Burkina Faso, during the first seven months of a woman’s first pregnancy, the clitoris is removed because they believe that if the baby comes in contact with the clitoris, it will die.

Female genital mutilation has made it to the surface and we’re being made more aware of it, but I didn’t know just how horrific and common this “procedure” was until doing some research of my own. I’d read about it, seen photos which were enough to momentarily make my heart stop, and even had seen on television years ago where infant girls had their clitorises removed in order to prevent them from desiring or getting any pleasure from it. Then, when I learned how common it was and found out that it even happens in my country (U.S.), I was absolutely horrified.

I started learning more about FGM after, strangely enough, my mother, aunt and I were looking for more information on a deceased family member. My mother and aunt had spent years researching about this family member of ours, and after telling me what they’d found, I was intrigued and started looking for information myself.

They told me what they knew about Hellon (who would be my great-great-great aunt, I think). She was born in 1918, was around the age of 12, and sent to Milledgeville – a hospital in Georgia, dubbed one of the largest insane asylums in the world. It’s known as “Central State Hospital” these days, but when Hellon was there, it was the “State Lunatic, Idiot, and Epileptic Asylum.”

Hellon was sent there for reasons unknown to us as of yet, but it was noted in her documents that she “was destructive and dangerous with fire” and had “wild hallucinations.” Her actual diagnosis, read “psychosis with convulsive disorder (Epilepsy.)” The documents also noted that she was “incoherent and delusional.”
The thing is, my aunt was told (by her father) that Hellon actually didn’t have any of those problems aside from an occasional tendency to experiment with fire. Still, she was sent to this asylum, just like millions of females with no particular reason as to why. 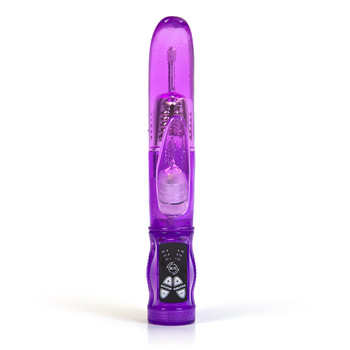 The tongue on your clit almost feels like the real thing. Definitely worth the money especially if you like oral sex! – Heather Hessler


Doing research into this hospital (which is still running today) shows that you could admit your family members for just about any reason you wanted. You could make something up. It’s been said that husbands would simply send their wives off, claiming they talked too much, and the asylum would accept them. Everybody could be labeled with a disorder, no questions asked. That’s just how it was then.

So, it was during the search on Hellon that I found such horrific stories – about both Milledgeville and clitoridectomies.

I never would’ve guessed our endeavor to find out about Hellon would bring me to a search on this dangerous procedure.

It came to our attention that there was a possibility that Hellon was admitted to the asylum for this exact reason, although we’re not completely sure. The topic rose up, though after researching the actual asylum in those days. All we know for certain is that she came back home three years before her death (at the age of 29) with her tongue cut out. More digging showed us that it wasn’t uncommon for patients back then to have all sorts of outrageous, unnecessary procedures such as lobotomies, and yes, clitoridectomies, in the same asylum, during the same time-frame that our family member was there. Patients were also “diagnosed” with epilepsy when there wasn’t a for-sure diagnosis to be made.

This led me to a separate search on FGM in the form of clitoridectomies. Below, I discuss some of the things I learned, Hellon aside.

Doctors Who Performed, and Made Famous the Clitoridectomy

Baker's exact procedure was to “cut off the entire clitoris, with scissors, packing the wound with lint, administering opium via the rectum, and strictly observing the patient.”

So, in case the other methods didn’t do the trick, many girls had their clitorises removed, partially cut, or sometimes even infibulated. Infibulation is another procedure, but it involves sewing together the labia.

Unfortunately, Baker-Brown's "solution" went on to ruin many women's only means of pleasure as the practice continued to be used by others. And yes, this happened in the United States, and, to my surprise, the procedure continued even into the twentieth century.

Unfortunately, he wasn’t the only man to help push female genital mutilation onto the public, almost making it appear as “the right” choice. 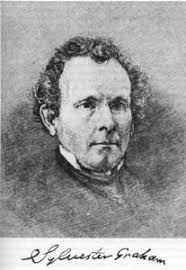 Sylvester Graham, the guy who invented Graham crackers, taught that "self-abusers" or “masturbators” were unclean, fatigued, had an abundance of acne and skin conditions. Not only that, but they also had cancerous lesions, and he even said that self-abusers would die a slow, painful death. 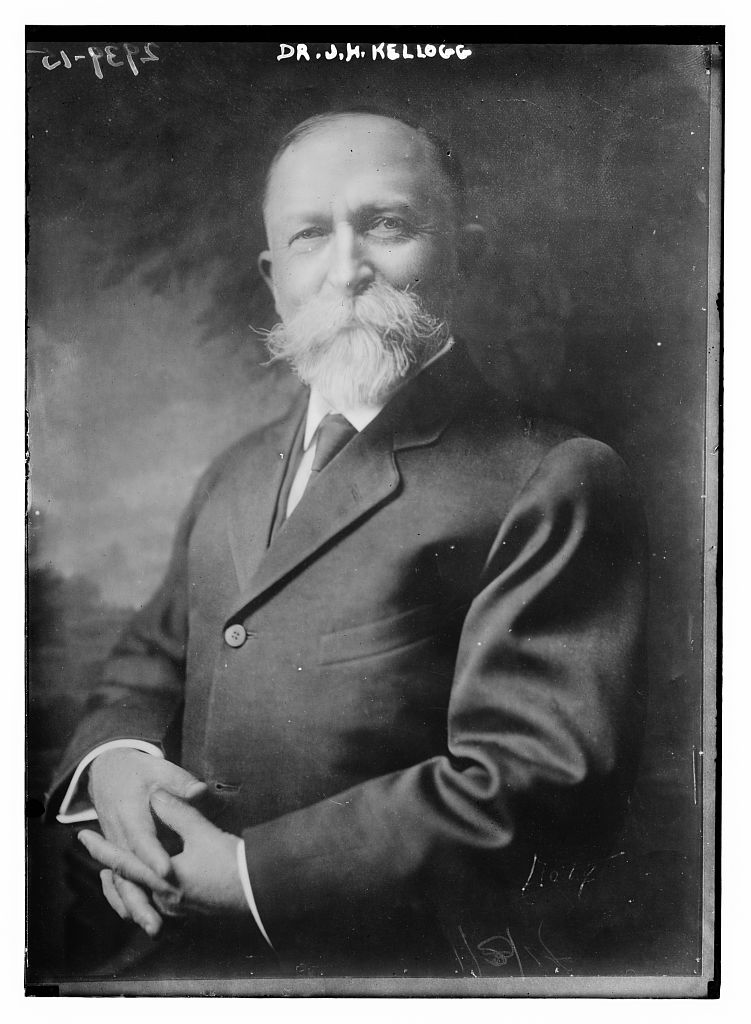 Kellogg was known for his performance on young girls, one as young as ten years old.

What comes to mind when learning the mind-blowing techniques and practices done by these men, besides the fact of it was men who were deciding what the female body needs and what they should prevent the female from having, getting or desiring (not to mention forcing FGM onto females of all ages), is that their products fit their personalities -- corn flake and cracker!

Stories from Women Who Were Mutilated

People have pushed that female genital mutilation is a "cultural practice," and that can be partly blamed for the procedure not having stricter policies put in place to prevent it. However, several cases have been reported, raising awareness about girls and FGM. For instance, the girl who wrote to her teacher saying "Please help… I don’t want to be cut like my sister when we go back to Africa," according to London Evening Standard.

Then, there’s the story "Making The Cut" that’s been featured on Ms. Magazine, where a woman shares her mother’s heartbreaking story about having a clitoridectomy.

Or, there's the well-known words of Waris Dirie, spokesperson on FGM and UNFPA Goodwill ambassador, and author of Desert Flower, a Waris' autobiography: "Mama tied a blindfold over my eyes. The next thing I felt my flesh was being cut away. I heard the blade sawing back and forth through my skin. The pain between my legs was so intense I wished I would die."

These personal stories, although traumatic, have been important as a means of raising awareness and putting a stop to it. There’s still a ways to go, but these brave people have made an enormous difference all over the country. For instance, in 2002, Todd Cameron Bertrang was arrested for agreeing to perform clitoridectomies in Sacramento, California. A physician from Northern California had received information that Todd was performing the procedure on women in Southern California, and reported it. An investigation revealed that he’d been attracting people to his practice via the internet, and that he “may have performed various unlicensed circumcisions at his residence since 1997.” 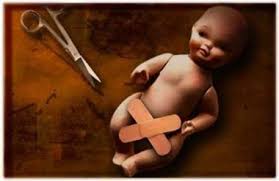 Almost equally as shocking as the information I'd found on this type of FGM, after reading an article on it, I discovered that there are actually more people out there than we'd think who feel that FGM procedures are a positive thing. I recall a man who'd left a lengthy comment on the same website, strongly recommending FGM procedures for all women. He claimed that he "made sure" that his wife and daughters had clitoridectomies, to "keep them under control and in the right mind-set."

Aside from that, he also mentioned his belief that his daughter and wife would remain "pure" after having been cut. I suppose I shouldn't have been so shocked after what I'd previously learned about these procedures.

I suppose, this type of comment, in this day and age shouldn't have even affected me, but it did. It made this even more real, knowing that it still happens today. Knowing that people right here in my country are for it. Knowing that this man's wife and daughter may have been "cut," and knowing that my own ancestors were likely familiar with the procedure. I couldn't help but ask the man if he'd been through any similar procedures. You know, to remain pure and to prevent his mind from thinking negative thoughts and doing "dirty" things, as he suggested the case for his wife and daughter being cut. I can't help but feel that his answer is probably "no."

Hellon's tongue was cut out, at least thousands of other patients in asylums back in the 19th century (not only Milledgeville's asylum) had been cut on, whether it was portions of their brain, their tongues, or their genitals. We no longer hear of lobotomies happening, though. That ol' myth that cutting the brain up would cure mental illness has been long outdated. I doubt tongue-removal is common these days, either. So why, for Pete's sake, is genital mutilation/cutting still happening? What is it about cutting, and why aren't more people protesting about it?
Tags:
Views: 3468