In Defense of Monogamy: It's Not Selfish 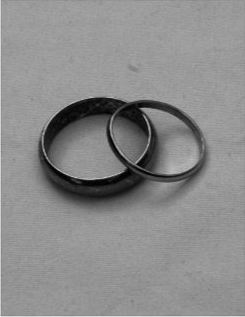 Photo by SneakersAndPearls
In modern society, many people think monogamy is outdated, restrictive, and most of all, selfish. But is it really?
I've known that I'm a monogamous person for as long as I've been old enough to have serious relationships. To be more specific, I believe in serial monogamy, which is being monogamous with the current partner but with understanding that certain factors may cause you to have different partners in the past or future. In short, one partner at a time. For a significant part of my adult life, I thought there were only three choices: you could be monogamous, you could cheat on your spouse, or you could sleep around without being attached to any specific person. Later, I learned about other choices, such as swinging, wife-sharing, polyamory, and threesomes where a married couple bring in the same person each time for their third. Knowing all that, my husband and I still chose monogamy for several reasons. However, there is one idea that has been going around, especially lately, that I want to address: the idea that monogamy is selfish.

When someone asks a monogamous person why they are monogamous, as opposed to having multiple partners, the answer is usually something along the lines of, “I don't want to share.” This response is almost always answered with, “But that's selfish!” Only, it's not. Not really. If I said that I could have multiple partners, but my husband couldn't, that would be selfish. Healthy monogamy isn't a one-sided relationship, but instead, a solid social contract that both partners enter into willingly with their eyes open.

But, “I don't want to share” still sounds like a selfish statement. Perhaps it needs a bit of a rework. A more accurate statement would be, “I don't want attentions to be divided.” Of course, like I stated before, this goes both ways and monogamy applies to both partners. There is something comforting, almost intoxicating (in a good way) about someone being your one and only, and being theirs in return. But monogamy goes so much deeper than just being sexually exclusive.

First off, let me be honest. Marriage and relationships are hard work. That goes for monogamous people as well as those that have multiple, but serious, partners. Being monogamous, I still put a ton of work into my marriage, as does my husband, but being monogamous means we're only putting that work into one other person. We don't have to worry about keeping multiple partners happy and satisfied, nor do we have to worry about STDs and if our multiple partners have been responsible in their multiple pairings. Nothing about any of that sounds selfish to me.

Part of the work involved is being aware of each other's needs, desires, and moods. We serve one another in that we help care for each other during illness, listen to each other's tales of the day, work together to prepare meals (we both have our roles in the kitchen defined by our individual talents), offer assistance when needed, and be each other's counselors and most trusted friend. Sometimes, it's just knowing when to say, “You look tired. Do you need a rest? How about a massage?” That's a lot of responsibility to have, and I honestly can't imagine focusing that much attention on more than one person. Desiring to put that much love and focus on my husband, and he on me, and not wanting to divide our time and attention among others certainly seems focused, but not selfish.

One of the arguments I hear against monogamy is that it does not allow sexual variety, and that alone is a selfish act. I disagree. Variety in the bedroom (or kitchen, or living room, or...) is the responsibility of both partners, but having only one person to share a sexual life with doesn't mean that there is no variety. My husband and I are constantly trying new toys, positions, foreplay activities, rhythms, speeds, and locations. As cliché as it sounds, we really are a “Try anything once!” kind of couple. Sex, even if it is always with the same person, is not boring unless it is allowed to be.

Let me be clear: I'm not standing in judgment of polyamorous people, nor people that have multiple but superficial pairings. That's not my job. What I am saying is that I choose to focus my effort, love, and attentions on a single person, and he on me. Perhaps now when someone says they're monogamous because they don't want to share, it will be more obvious what they are really saying. Focusing on a single individual is no more selfish than spreading attentions is.
Tags:
Views: 1785
Related articles