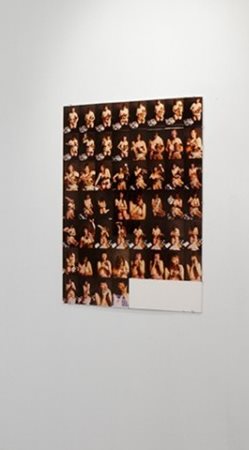 I could start by giving you the dictionary definitions.

So there you have it. The chief difference, as far as the lexicographers are concerned, is that both erotica and pornography constitute sexually arousing material, but only one of them aspires to being literature or art; the other is produced to sell as a commodity and is usually marketed as such.

And that definition would be good enough for me, were it not for the fact that over the last few years, ‘erotica’ has gradually changed in meaning, hijacked by the very genre it now so universally describes. A ‘literary’ genre which only very occasionally rises to the level of any real literary merit, but more consistently bumps along the ground as pulp fiction produced for mass taste by authors possessed of about as much skill, talent and imagination as the pornographers from whom they so desperately wish to distance themselves.

2. What do you seek to explore or promote through ‘creative erotica’?

If we both mean the same thing by ‘erotica’, I’m not sure I understand the question. But ER Books is always on the lookout for the next Henry Miller, Pauline Réage, Alina Reyes or Georges Bataille. And if we were lucky enough to publish them, of course we would promote them too.

3. What inspired you to set up your independent online publishing house (ER Books)?

A series of events, too long to list here, but mainly the discovery that publishing is rewarding.

4. Has the Fifty Shades phenomenon had a positive or negative effect on the erotica market?

By positive, I take it you mean that the erotica market has become stimulated – and so has grown – as a direct result of a mediocre book hitting the global publishing slot machine’s jackpot. Therefore I would say, in that particular sense, ‘positive’.

5. How would you respond to the following statement:

I had a look at the discussion generated by this post on the Barebelith online forum. It was interesting that even then, just a decade ago, people were still floundering around trying to establish some sort of definition. Only one of them had the intelligence to mention Susan Sontag’s definitive essay on pornography and erotica (rather tellingly, she doesn’t really differentiate between the two) The Pornographic Imagination, although they seem not to have grasped its true value. What Sontag wrote in 1967 still holds good today, although were she still alive, I’m sure she might have something interesting to say about the inexorable rise of badly written pornography.

6. Why do you think the mainstream media generally continues to favor shallow depictions of sex and sexuality?

Because that’s the way that mainstream media generally operates – and what keeps their advertisers happy. I don’t know why you single out sex and sexuality. The media investigates plenty of other topics with a similarly cheerful lack of profundity.

7. Do writers always have to follow the ‘safe, sane, consensual’ credo, when it comes to stories and features being accepted for publication?

I wouldn’t know. It’s really not something that should concern an editor. Either a piece of fiction or an article has literary/journalistic merit or it doesn’t. What are these writers writing? Sex manuals for teenagers?

8. Are there any topics you consider unacceptable, with regards to sexual behaviors and attitudes?

10. Please share some juicy details about your current projects.

ER Books are always on the lookout for new and powerful writers who have something original to say with an individual ‘voice’; our latest author, Nnenna Marcia, is Nigerian and a case in point. We are delighted to have published her ground-breaking collection of short stories and novella, Africa Hot. This autumn we hope to publish two classic texts from the 1980s and 1990s: we think they have never been bettered, and will possibly have even greater significance today than when they were first printed. Watch this space!