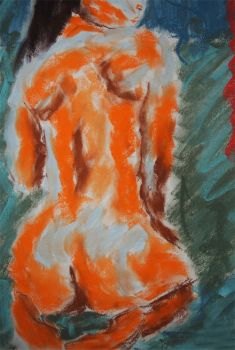 "Just because two or more naked bodies get together in a lust-crazed frenzy doesn't guarantee earth-shattering orgasms that are satisfying to the mind and spirit."

The interview below was conducted through email with author/artist/non-conformist, Jess C Scott. This is the first interview with the author that centers on the sexual themes in her projects.

Jess was a participating author in the 2012 Singapore Writers Festival Fringe: Origins of Desire program. The SWF Fringe sought to explore the historical as well as socio-cultural significance of desire and sexuality in literature.

The Wilde Trilogy is Jess’s latest project: a psychological thriller about evil twin serial killers. While the project is less erotically-charged than her earlier works, the twins’ sexual impulses and what they do with their bodies and lives are still pivotal to the plot. It may end up being the project which marks Jess’s transition into the mainstream market. 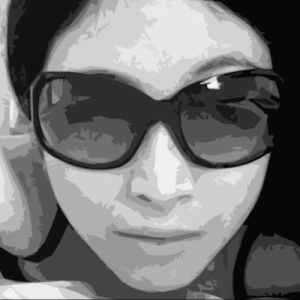 At what age did you start to become curious about sex?

Jess: I can’t remember a time that I wasn’t really curious about sex. I was fortunate not to have experienced any childhood sexual abuse, though I was aware from a very young age about sex and relationships. It was based on the way adults would talk about or mention the subject, often in hushed tones, or whispers and brief smiles (or some other kind of emotional cue, whether positive or negative). I would always notice those nuances.

My curiosity in terms of lust skyrocketed during my late teens and early twenties. I wasn’t extremely promiscuous, which in some ways maybe made things harder (with the conflict between my mental and physical “selves”).

I think I’ll always be curious about sex. Right now my curious impulse is less helter-skelter than in the past. I have noticed that the sexual and creative/artistic impulses can be very closely connected, which is something I’ve always found intriguing.

Jess: I had various “interesting” and very intense (often one-sided) crushes throughout my early teens. I chanced upon Anaïs Nin’s Little Birds when I was sixteen. It really opened up my mind and was exactly what I was searching for in terms of “sexual literature.” Her portrayal of sex was non-gimmicky, and not superficial or shallow. It was rich and complex yet very relatable all at the same time. Her work had a huge impact on me as a person and as a writer, because it got me to consider that some of my paranoid precautions were—maybe—there for a reason. I went up and down for many years on the subject of casual sex versus intimacy. During my own sexual awakening, I respected my need and craving for a deeper kind of intimacy (over casual sex), as difficult as it got to be at some points.

How much of your work is fact and how much of it is fiction? 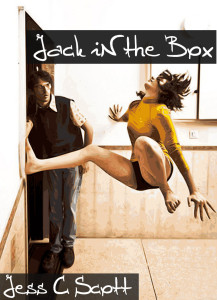 Jess: It’s roughly a 50-50 balance. My novella, Jack in the Box, is probably the story that’s the least fictitious (followed closely by EyeLeash: A Blog Novel).

I like combining the two together, so that nobody else really knows whether I’m drawing from experience or imagination. That way there’s a little bit of tension and mystery to keep things interesting.

Why write about sex at all?

Jess: On a personal level, I enjoy writing about sex because I loathe superficial depictions of sex and relationships. In a more general sense, the sexual force is one of the most (if not the most) powerful things a person can experience. The way a person approaches the subject, and how they deal with and define their own sexual identity, is a huge part of their character and personality. To not explore this sexual force would feel a little strange, from a creative standpoint.

What’s your favorite piece of art—writing or drawing—that you’ve done? What about the least favorite?

Jess: I don’t really have a favorite piece of writing (in terms of books or eBooks I’ve produced), because I am often most enthusiastic with the project I’m currently working on. I do have a least favorite thing I’ve written (the second and third books of my as-yet unfinished Cyberpunk Elven Trilogy—this is a non-erotic project), and I’m glad I put those aside instead of rushing their publication. The storyline is so weak and pathetic that I’m starting over.

For some reason, I was following some genre conventions (which I didn’t really want to follow, in my heart) when writing the first drafts for the second and third installments in that trilogy. It feels much more liberating and fulfilling to scrap those and start afresh.

I’ve treated drawing as a hobby since I turned sixteen. My favorite drawing is probably the one titled “Emperor.”

It was the first drawing I did in 2013. I didn’t draw anything throughout 2012 (I only realized that after I’d done the “Emperor” pencil drawing). There are some drawings I’ve done which I don’t think are anything fantastic, though I don’t hate them. I like to do my best (in terms of effort, intent and “spirit”) and not be overly-concentrated on achieving absolute perfection all the time.

I like drawing as it’s helped me develop an eye for design (for laying out blog posts, designing book covers, etc.). If I had to recommend just one book on drawing, it’s John Ruskin’s The Elements of Drawing!

Will you write any other erotic-themed books? I see you have some psychological/crime thriller and urban fantasy material lined up.

Jess: I would like to, and do have plans to continue working on books with a strong psychosexual theme. I am more likely to categorize those works as “contemporary fiction” or “psychological/psychosexual fiction,” for reasons I listed in the second question in the previous part of this interview. Contemporary fiction is an extremely broad genre, so I did want to work in some other genre(s) that were more niche-focused (such as crime fiction, or urban fantasy).

My future erotic-themed books are more likely to be focused on the social/psychological aspect rather than actual sex scenes. I was partly driven to write erotica in my early 20’s as a result of my own internal issues and various neuroses, which I’m glad to have gotten out of my system.

With regards to my upcoming psychological thriller featuring evil twin serial killers, there is sexual tension in the project. Presented in a non-explicit way. I like working in the crime genre because it allows me to explore taboo subjects in a more acceptable manner.

What do you think the cultural and social landscape of sexuality will look like, in a few years’ time?

I am an optimist at heart though. Whatever the current cultural and social landscape of sexuality might be, I don’t think it’s completely hopeless (not yet, at least) for a person to define their identity and sexuality on their own terms. In my case, it took a number of years of intense soul-searching to navigate my way around some of the issues and subjects surrounding sexuality (sexual orientation; casual sex versus intimacy; deciding whether there was a ‘type’ I was interested in; sexual wants versus needs). I was in my own world quite a lot of the time, trying to figure things out. But I think it worked out all right because I have a better idea now of my sexual self, and how I choose to express myself sexually and/or creatively.

If more people develop an individualistic, autonomous approach to sexuality, people will slowly be able to discover a more lasting and satisfying truth about themselves, instead of trying to find the answers by consuming the latest popular thing that’s trending in the media.

Does dying scare you?

Jess: Not really—I normally live everyday like it’s going to be my last. So I would have few regrets if I was told I was going to die within a minute or so. I think sex and death are very closely associated, along with topics like money, murder, power, suicide and homicide. Astrologically-speaking, these are quintessential 8th house subjects (the 8th house being the “house of taboo”). I have Pluto conjunct Venus in Scorpio 8th house, so I guess that does explain (at least to an extent) my high level of interest in these subjects.

“The fear of death follows from the fear of life. A man who lives fully is prepared to die at any time.”

Thanks to Jess and SexIs for this rollicking interview!