The Making of a Kinkster 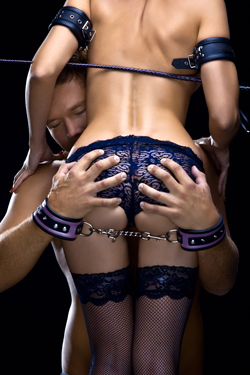 I remember walking into the local toy store when I was freshly 18. I was with a couple of my friends, and we were giggling the whole time. We were there to buy a gag gift for a friend.
Butt plugs? Who would EVER put something in there? And WHY?

That thing is HUGE! Who could fit that in them?

Whips? Paddles? I thought sex was supposed to feel good!

Needless to say, we left a lot less innocent, and with only a shot glass reading ‘You lick it, you own it!’ for our friend, because we were too embarrassed to buy anything else, not that we probably would have known what to do with it anyways.

Somewhere in my mid-twenties, I ended up getting a minimum wage job in a high-class toy store. I learned a lot about different toy materials, lube compatibility, and that sort of thing. I also saw a lot of things that piqued my curiosity, but wouldn’t be caught dead buying.

Fast-forward about 5 years, and enter: Edenfantasys. When I joined Edenfantasys, I was looking for lingerie, and a new bullet, because my old faithful had died out on me. I started looking for a bullet, and realized that there was WAY more to choose from than in a typical toy store. I was totally overwhelmed. Then I noticed that there were reviews on everything… from REAL PEOPLE! Real people who had actually tried the products and were available to answer questions… and I didn’t even have to see them face-to-face! And on top of that, there was the forum, and I could post comparisions and have people tell me which products were better, and why.

It wasn’t long before I realized that I wanted to start doing reviews on products. I wanted to be able to confidentially help people make their sex lives better, and not regret what they bought. So I started reviewing products. I tried as hard as I could to think of all the ways people would use the products, and I talked about if it would work for their needs. Some products have been an amazing win, and others, not so much. For example, I’ve learned that any product that is supposed to create a warming sensation is NOT for me. And boy, did I learn that the hard way. There is nothing like feeling like you’ve just poured Tabasco sauce on your nether regions. 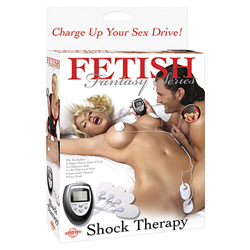 I’ve learned a lot more than just what I like and dislike by reviewing products though. My horizons have been expanded way beyond what I ever thought they would be. When I first started exploring on Edenfantasys, despite working in a toy store, there were so many things I was clueless about or had never seen before. Metal toys, glass toys, spreader bars, electro-shock toys, strap-ons, and more… they have dang near anything you can dream up… and even some you never imagined.

There’s one thing in particular, though, that sticks out in my mind, as something I can say that was caused by EdenFantasys. They have this Fetish Fantasies Series Shock Therapy kit. The first time I saw it, I was horrified… and confused. It sounded like pure torture. I remember having fleeting thoughts about how sadistic someone had to be to want to use one of those. Then I started reading the reviews, and realized that it wasn’t just sadistic freaks that used these things… and that it actually sounded kind of pleasurable. I ended up buying one, along with a whole host of other things that I never thought I’d own, like Liberator sex position furniture, inflatable expanding butt plugs, glass toys, vaginal exercisers, prostate massagers, under-the-bed restraint systems, and all kinds of other things that originally, I viewed as torturous and weird.

And all of this came from EdenFantasys piquing my curiosity. Sure, all you need for sex is two people, but all the add-ons make it so much more fun! There is a whole world of ways to spice things up, and bring out your inner kinkster. It’s fantastic to have a place where I can ask any question I need to, talk about things I like, find people with common interests, and get real life opinions from people who have actually tried the products on the site. It’s also kind of nice to know that there are people who are just as kinky as I am.