My First Days as a Dom 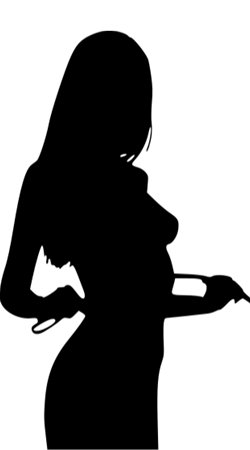 I thought I would be rough and tough. But instead, I ended up being a weepy mess, afraid that I was breaking my husband.

We’ve always been kinky in the bedroom, ever since the first time we had sex almost 6 years ago. But it wasn’t until we had both read Fifty Shades of Grey that we decided we’d like to take things further. We decided that we would both take a turn at being a Dominant and a submissive. By nature, I’m very dominant. There is not a submissive bone in my body, except for in my fantasies. He isn’t exactly what you would consider submissive, but he’s not exactly dominant either. Most people, including him, will tell you that I wear the pants in our relationship.

We decided that we would each write up a contract that would be in effect for a week, and on our anniversary, we would exchange them at dinner and decide who was going to play what role first. This would give us each a taste of both roles, and decide if we would like to pursue either of them on a long-term basis. The days leading up to our anniversary, and even until we exchanged contracts, I was rattled with nerves. I couldn’t even focus when I was reading his contract. Normally, I read MUCH faster than him, but before I could even finish reading, he said he wanted to sign mine first. I was both relieved and overwhelmed at the same time.

Not What I Expected

I guess I was under the impression that being in a D/s relationship was just like any other relationship, but with a different power dynamic, kinkier sex, and some punishment. I also thought that as a Dom, and natural sadist, I would have no problem punishing my sub for his wrong doings.

What I found out though was that there is so much more to it than that.

From the moment he signed on the dotted line, there was a totally different dynamic between us...yet oddly, so much was the same. But there was this bond...an extra layer on top of our wedding vows that told me he was mine. Now, more than ever. Perhaps I’ve had an overbearing need to make sure that he is adjusting to all of this alright, or maybe it’s that I feel like I’m being too hard on him, but I feel like I’m constantly asking him if he’s okay. That leads us to talk about our feelings more frequently than we used to...and talk, in general, way more than we used to. With four kids, we have a tendency to put our marriage on the back burner a lot of the time. This new dynamic gave us a reason to put our relationship back on the front burner.

We also feel so much closer to each other. I can’t tell you what aspect of all of this made it so we feel that way, but you can tell a difference. It’s like it was when we first met, and you could just feel the electricity and chemistry in the air when we were together. And yeah, the sex is great. But that is one thing we’ve always had going for us...great, kinky sex. Not much has changed there, except for the fact that the sex usually comes after punishment, which makes it extremely emotionally charged. On several occasions, one or both of us has ended up crying after orgasm due to the high level of emotions running through both of us.

The biggest thing that surprised me was how I felt about punishing him. I think there is this stigma about Doms, or tops that make them look cold, uncaring, and heartless. I knew I would never be like that, but I thought that somehow when he signed the contract, I would magically become SuperDom, and be able to administer punishment without feeling bad about it. Honestly, I was almost hoping that he would just become SuperSub, and never break any rules, so that I wouldn’t have to punish him. But when I had to administer punishment at night, I found myself getting upset, and worried that I was hurting him, despite all the times I would ask him if he was okay, and he would tell me he was. Then I was caught in a situation where I found myself feeling like I needed to punish him when he messed up because that was my 'job' and feeling horrible for doing it.

Every book and website I read made it seem like the Dom was this powerful person, and their only concern would be if the sub was doing okay, and not pushing the sub’s limits. And there was all this talk about ‘after care’ for the sub...bringing the sub out of ‘bottom space,' making sure the sub wasn’t too zoned out to safeword if needed, and that kind of thing. Maybe I’m not the typical Dom, or maybe it’s because I’m new to all of this, but I’m sure that I’m dealing with just as many emotional issues as he is right now, and it’s something I never expected. Especially being a naturally dominant person. It’s all very overwhelming.

I guess my point in writing this is because I’m sure, at some point, there will be someone else in this position. They’ll be wondering why they feel the way they do, and be looking for answers. At least this way, that person will know that they aren’t the only one that doesn’t feel like SuperDom.