O: Your Own Carnal Knowledge 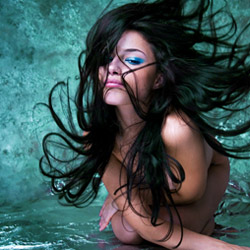 So you think you know what an orgasm is (and isn't)? Think again!

The female orgasm: whether you have them, you want to have them, you want to give them, or all of the above – it tends to engender a great deal of application from a great many people. From screaming O-faced portraits and ads to poets waxing eloquent on the exact moment of ethereal delight, it’s official: the female orgasm is a very good thing indeed.

The word ‘orgasm’ comes from the Greek word orgasmos, signifying a certain ‘swelling’, which not only gives us an idea of what's happening to the body, but a clue as to how people feel about them. But does anyone truly understand the ways and means of the orgasm? It might seem simple on the surface, but when you get right down to it, it could be one of the most complex processes we run into.

Assigning Concrete Definitions to the Subjective and the Amorphous

So what is the actual definition of an orgasm?

From a clinical point of view, it can be defined as the series of physical changes (such as lubrication, ballooning of the upper vaginal area, flushed skin) culminating in cycles of contraction occurring within the uterus, vagina, and pelvic muscles, and followed by a flood of signals from the brain triggering euphoria and relaxation.

The evolutionary function of the female orgasm is one thing that seems to be on the minds of scientists. After all, a pleasurable orgasm for the male makes perfect sense - if it feels good, then the male is encouraged to have more sex, spreading his seed wherever he can manage it. On the other hand, there are plenty of theories out there as to why women developed the ability to orgasm.

One theory, dating all the way back to 1967 (also known as the Dark Ages), suggests that the female orgasm aids in pair-bonding (Desmond Morris, The Naked Ape), although the presumption with the most evidence is that orgasm increases fertility. There are several ways through which it manages this. One way is that the vagina reduces in size by 30%, which creates more of a vacuum, keeping semen in the vaginal canal and literally sucking it up toward the cervix.

In fact, back in 1994, a Learning Channel documentary actually put a fiber-optic cable-camera inside of a woman’s vagina to see what happens during intercourse. It turns out that during orgasm, the female partner’s cervix continually dipped into the semen, helping to facilitate fertilization. It has also been found that women have an easier time while they are ovulating, which gives a bit more credence to the concept of orgasms as reproductive assistants.

Another fact which rarely bears dispute is duration – a female orgasm lasts much longer than the male counterpart. The average orgasm for a woman clocks in between 7 and 20 seconds, compared to a handful of seconds for men (which makes up for the fact that women generally report a longer time - 12 minutes - to reach orgasm than men). One study by Tim Spector of St. Thomas Hospital indicates there is a possibility that difficulty with attaining orgasm might be linked to genes - namely to get rid of men who are not good matches. Which in and of itself is a pretty fine litmus test, no? Since it takes much longer on average to make a woman orgasm, a man who would spend the time and effort to make it happen could be considered a far more desirable partner than one who just rushes for his pleasure alone. Unfortunately, they did not have much success in pinning down whether the genes affected this selection on a physical level or a psychological one.

And somewhere, Desmond Morris is grinning. (Though the posters on your friendly neighborhood Craigslist may not be.)

Hysteria When You’re Near

Orgasm has been linked to women's health from as early as the late 1800s, when it was commonplace for ‘hysteria’ (which was the clinical term for a woman being…womanly) to be treated with vibrators wielded by grimfaced, sweaty-palmed doctors in their office. Thank goodness we can get our vibe on at home these days! From a holistic health standpoint, writer Kathleen Doheny at Web MD gives us a list of ten benefits that having a healthy and happy sex life (either solo or partnered) can have for women. Although there are some obvious ones like calorie-burning, increased intimacy, and increased self-esteem, there are a few surprises. For instance, did you know that regular sex and orgasms can help to boost your immune system, mitigate pain, help lessen depression, and even aid in getting good, restful sleep? Unfortunately, having regular orgasms won't help you win the lottery or cure disease - but I'm sure someone out there is working on that. Or at least, we hope they are!

Although some studies give us some great information about how orgasms occur and how to make them even better, others are somewhat...out there. One of the most recent of these bizarre studies is a University of the West of Scotland study which put forth the idea that one could discern a woman’s ability to orgasm solely by her gait. Which puts a whole new spin on Nancy Sinatra’s “These Boots Were Made for Walkin’”. Not only does this sound strange right off the bat, it sound even more ridiculous upon further, ahem, study: the researchers examined only 16 women - which is in no way a reasonable clinical sample.

Another orgasm myth that was started by Freud, that master of sexual misinterpretation, was that the vaginal orgasm is the be-all end-all of orgasms, while a clitoral orgasm is ‘immature’. Research has shown that only 30% of women consistently experience an orgasm through vaginal stimulation alone, so this means that the other 70% of us aren't having the right orgasms – which either means that 70% of us are doing it wrong; or, that Freud was completely and utterly full of shit.

Sadly, one batch of myths about the female orgasm that still haunts us concerns aging. There aren't any conclusive studies that address when a woman's sexual peak is, though many assign this period to the late 30's or 40's. Physical changes aside, what normally does happen around this time is that our children are a bit older and require less of our time and intense care to raise, and we're often more settled in our professional and personal lives, so the opportunity and interest in having more (and better) sex goes up.

And don't assume that hitting menopause means that women suddenly lose interest in sex! Our post-menopausal hormone levels do lead to a few changes in orgasm - orgasms may become less frequent and less intense, and the clitoris, vulva, and labia actually decrease in size. Women also experience a thinning of the vaginal tissue, and we don't lubricate as quickly or fully - problems that can easily be circumvented through medical supplementation or over-the-counter lubricants. Chronic health conditions can also have a direct impact on the orgasm, although making sure that you stay as fit and active as you are able can help to improve your sexual health.

If you’re interested in learning more about the female orgasm or how to help yourself have a better one (and of course you are or you wouldn't have read this far!), you might want to settle into bed and start reading any or all of these fine choices: The Smart Girl's Guide to the G-Spot, I Love Female Orgasm, or Orgasm: Over 100 Explosive Tips.

If you're more of a visual learner, you might have better luck with these DVDs: Tristan Taormino's Expert Guide to the G-Spot, Annie Sprinkle's Amazing World of Orgasm, or Becoming Orgasmic. Regardless of how you learn more about it, remember that healthy and happy people have great sex - and great sex and fantastic orgasms keep us happy and healthy. So grab your toys, or your partners, or your toys and your partners, and get started on your own personal physical and mental fitness regimen - it's a hell of a lot more fun than a stair machine!
Credits:
Tags:
Views: 1755

Tiffany Loves Sextoys
I don't know how I became fascinated by sex toys - but I do know that once the bug bit me, there was nothing I could do to stop it. I would look at sex toy shops for hours and hours, just imaging the way a certain toy would feel against my naughty bits. Once I saw some of the far out there toys, I was in heaven - apparently my kink is in toys with a kick.