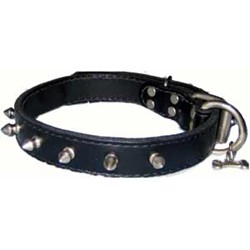 Why is that cutie on the bus wearing a dog collar? Why is that yuppie breathing heavy in the bridle aisle? Animal roleplay is a surprisingly popular form of kink, with puppies, kitties, and ponies the apparent favorites. What's the deal with human pets? Here, we'll take a look at five yips, whinnies, and meows about animal roleplay.

1. Animal play is NOT bestiality. Although it may seem like a fine distinction, human animal play and actual sexual attraction to animals are as different as cotton balls and rocks. The way we treat pets is a whole constellation of behaviors including affection, discipline, submission, acting-out, playfulness, and nonverbal communication—not too different from kink's usual stomping grounds.

2. Sometimes you just need to get away from being human. One aspect of animal play is that of depersonalization. Unlike waiting on a callous diner who never makes eye contact, depersonalization in kink is desired and, at its best, serves as a respite from day-to-day stressors. Instead of worrying over the daily workplace grind, a puppy can spend the evening sitting on the floor, occasionally resting its chin on its master's thigh and looking up adoringly. Seriously, that can't be any weirder than sitting in a pretzel imagining your thoughts are logs falling over a waterfall.

3. How does this work, anyway? There are too many types and depths of animal play to suggest a standard method. Very generally, the human pet is tasked to do as little outside the capacity of the animal in question as possible. Those roleplaying owners may brush their human horses, play fetch with their human dogs, or give their human kitty scritchies. Animal-appropriate feeding is usually a component, since it reinforces the role. During sex, human pets often growl, whinny, or yowl and will assume positions appropriate to their roles. Some animal play never incorporates sex. Some never incorporates anything but sex. As in all things kink, your mileage may vary!

4. Get ready to open your wallet. A lot of animal play can be performed without any special equipment. For those who want to go further, a whole plethora of equipment exists to fill the gaps where products made for animals simply won't do. Mitts that enclose the hands to make them more paw-like are popular, as are kneepads to make crawling easier. Reins, blinders, and other equine tack are available for human proportions, as well as many approximations of hooves. Many animal play enthusiasts also use animal-intended items such as horse blankets, dog food dishes, and cat toys.

5. Don't believe the hype. Kink in general is misrepresented in mainstream film and television, but animal play may suffer the most egregious infractions of ignorance. It's become a popular plot staple in law and medical dramadies, often played just as hard for laughs as it is for titillation. While animal play has its funny side (as does all of kink—and all of sex, for that matter), most shows completely miss the point and also fail miserably at depicting any semblance of a scene. Get information from your local friendly kinkster organization or trusted website instead!
Tags:
Views: 2691
Related articles