Grading on the Curves: A Report Card on Women’s Healthcare 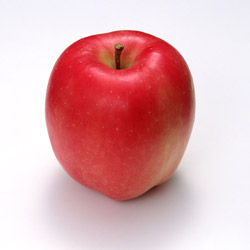 It’s fair to say that healthcare and women have a complicated history. Let’s take a look at why.

In high school, I got a B+ in Health. The class was technically “Health/Driver’s Ed/Catchall.” There were no driving simulators, certainly no cars, and no textbooks. The teacher never took roll, showed movies nearly every day (usually poorly made traffic gore/safety propaganda) and played hooky often enough to set an excellent example for the rest of us to follow.

At the end of the semester, there was one memorable roll taken. As we each answered sheepishly, “Here,” as our names were called, he asked: “What grade do you think you deserve in this class?” Was this some sort of trick? “Um... a B+?” To have suggested an A, even in jest, would have been to call down lightning from God or the teacher’s mockery. (Both equally damning in ninth grade.)

That B+ that appeared on my report card haunted me for years. I wasn’t bothered by the fact that I had done nothing to earn it—other than stay awake and heckle the traffic films. No, what haunted me was whether I would have gotten an A if I’d been brave enough to ask for it.

It’s fair to say that Health and I have a complicated history. That’s true for most women.

Insurance and Other Medical Complications

It’s no surprise that high school didn’t prepare me for real life. “Health” outside of the classroom is a maze of clueless or indifferent doctors, undiagnosable syndromes, mutating viruses and scariest of all: insurance companies. The simple apple-a-day magic that childhood promised does not fulfill any deductible or provide birth control, mammograms or pap smears.

I didn’t fail Health. Health failed me. Big F. Fat, Female, Feminist: All the F words your doctor and your insurance carrier don’t want to hear.

Q: How many radical feminists does it take to screw in a lightbulb?
A: THAT’S NOT FUNNY!

Imagine our current healthcare situation as melodrama (that doesn’t take too much imagination): an old black-and-white film in which the pouty lipped heroine screams silently and the word “HELP!” appears in shaky letters. The villain, twirling his fiendish mustache, is the Insurance Companies. The starlet (usually tied to the train tracks in her petticoats) is you—and every other woman in America. Congress is the Keystone Kops.

Now, when you’re done imagining every woman in America in her undies and starring in your own private rendition of The Perils of Gwendoline, then I can explain why the insurance company is so happily twirling its fat mustache.

Sexism is an STD

Women who have come a long way in cigarette advertising, and pressing their sweaty noses on the glass ceilings of corporate America, still make outrageously less than men working in the same industries. Factor in this too: It’s more expensive to be a woman. (I don’t mean beauty supplies and self-help magazines. Men have come a long way too and rival women as vain, neurotic consumers.) I mean insurance costs more and pays less if you have that pre-existing condition: female.

Women are charged up to 84 percent more than men for individual health plans that exclude maternity coverage. The argument that insurance companies have made in their defense is that women have more complicated insides (G-spot excluded), and therefore, more things can go wrong.

Women are complicated. Reproductively. Pregnancies and childbirth have a number of dangerous and expensive things that can go wrong. (They can be expensive even when everything goes right.) When half the population (the girly half) is spending all that money why shouldn’t their non-pregnant (male) co-insurees pay less? That argument would make sense only if maternity were included. Not only are most “female troubles” not covered, but many of them, such as a previous caesarian, are reasons insurance companies use for canceling policies.

According to Speaker of The House, Nancy Pelosi, “A Georgia woman who conceived a child after she had started work at small downtown firm had her employer’s insurance company label the pregnancy a pre-existing condition and refuse to cover pre-natal care and the delivery.”

No word on whether the company would accept an affidavit that the woman hadn’t slept with her husband prior to working at the company and therefore couldn’t have pre-conceived.

Since childbearing accounts for the disparities in policy fees, it’s only logical that contraception would be free and handed out like candy and tubal ligation would come with a rebate and lesbians would get the special no-muss, no-fuss discount.

But greed trumps logic every time.

Does insurance say yes to Viagra but no to the Pill? “An urban myth,” say insurers. Translation: Not true for the last few years since everyone (bloggers, planned parenthood, etc.) made such a stink about it. However, there is still inequity in what drugs and methods get coverage (and how much coverage).

Being the victim of crime (if you’re a woman) can be a pre-existing condition and grounds for canceling an old policy or refusing to issue a new policy. In a recent survey, at least eight major insurance providers would not provide health, life or disability coverage to victims of domestic violence with one industry advocate arguing that insuring a victim of domestic violence would be the same as covering “a smoker who doesn’t stop smoking.”

If you’re the victim of a crime and you’re a woman (statistics show that the likelihood is better than average that if you are a woman you will be the victim of a crime in your lifetime), you may have heard: “She brought it on herself.” The attitude that women’s permissiveness, dress, behavior or location is responsible for, or a contributing factor in sexual assault may be one of the reasons so many rapes go unreported. Rape, whether stranger rape or date rape, is about power (dominance and humiliation of the victim) and opportunity—not sexual desire. Rape is no respecter of race, class, occupation or age. It can literally happen to anyone.

It happened to Chris Turner, a health insurance agent from Tampa, Florida. Turner is currently a volunteer with an organization in Florida called SOAR—Speaking Out About Rape.

Turner cautions: “I counsel rape survivors and accompany them during their forensic exams. I tell them, ‘Make sure that you get all of your testing done now when you can do it for free. If you have health insurance, make sure that you stay on top of your premiums, because if you lose your
insurance, you might not be able to get it back.’ ”

Turner had personal experience with this. “I started making calls to insurance underwriters and posed my story as a hypothetical applicant to see what would happen if I tried to get a new insurance policy in the individual market. Every person I spoke with said the same thing: “Nope, we won’t take her.” In order for this “hypothetical applicant”—a victim of rape—to be eligible for insurance coverage, she would have to have been out of counseling from one to two years, and have received negative HIV tests for two to three years. In other words, the treatment for the rape that I endured was considered a “pre-existing condition.”

In spite of selling insurance, Ms. Turner was uninsured/uninsurable. “I had to pay for everything on my own—the counseling, the antidepressants, any other health needs that I had. This whole time I was still working in the health insurance field. I sat with clients, explaining how their health policy worked—and the fact that I didn’t have coverage myself was like a big, dark secret hanging over me. I was only able to get health insurance after I married my husband, and he eventually got a job that included coverage for spouses…This is what gets me: There are so many rape survivors who can’t or don’t get the help that they need; they have to push down their suffering and pain and just try to survive. I feel like I did the right thing by going on medication and getting counseling. And yet I was punished for doing the right thing to take care of myself.”
Tags:
Views: 1221
Related articles