Menopause and Andropause: Living with it 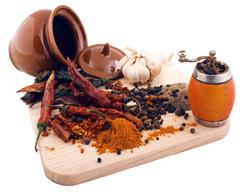 Entering your 50s doesn’t mean the end of your sex life. It does however present two new wrinkles with which to deal: the double-miasma of menopause for women, and andropause for men. Newme21 shares her story.

If you’re female and anywhere near the age of 50, you’re definitely somewhere on the menopause scale, which can mean any number of things. Fortunately for me so far, it has only meant crazy periods—which, by the way, I thought were supposed to be decreasing, and they’re not. Actually, I have no idea what to expect from month to month. No, rephrase that: I have no idea what to expect from week to week. Without getting too graphic, it could be anything from 18 days long (so far the longest one I’ve had), to four light days, or missing completely. And the 28-day cycles? They’re a thing of the past; most of the time they’re two to three weeks apart.

Really the only drawback, other than the inconvenience, is that all of this blood loss has worsened my already anemic blood. And pretty much the only other symptoms I’ve been having are that I get a bit warmer than I used to. I guess you would call them hot flashes. Thankfully we do have air conditioning. And my husband has learned that if he comes home and the air is on, to not to say a word about how cold the room is. He knows that if he wants to live to a ripe old age, I’d better be comfortable! I know I shouldn’t complain. I’ve read horror stories of what many women go through during menopause. And I do know that so far, I’ve been really lucky.

I did finally go to the doctor, for the first time in 10 years. I know—I’m bad! Anyway, he ordered a bunch of tests and told me that yes, I am in menopause. Duh! Fortunately for me, he said he felt that I was nearing the end of it. God, I hope so! He did tell me that I could have a procedure done called endometrial ablation, which could possibly, or possibly not, get rid of my periods for good, but I thought it over and decided to go through this the natural way—or at least as naturally as I possibly can. The only things I have been doing are taking extra iron and vitamins for women over 40, and using natural progesterone.

Natural progesterone is great because, first of all, it is all-natural. It comes in a cream form that I apply twice a day for two weeks out of the month. There is a well-founded theory called estrogen dominance which states that as we women age, our progesterone levels drop by about 90 percent. Compare that to the fact that the estrogen levels only drop about 50 percent. The combination of fairly high estrogen levels and almost no progesterone in the body causes many of the symptoms that women go through during middle age. The progesterone cream helps to get the hormones back in balance, which in turn, helps to alleviate many of the pre-menopausal and menopausal symptoms.

Which brings me to my next hormonal subject…Andropause.

Believe it or not, we women aren’t the only ones who go through changes during our 40s and 50s. Men also go through a drop in hormones; for them it’s their testosterone levels, and it’s called Andropause. I’d never heard of andropause until recently when I realized that I wanted sex way more than my husband did—which seriously surprised me. I was like, “Who are you? And what did you do with my husband?” This was the man whose picture was under the definition of “Marathon Sex.” When we were younger, for him, daily sex still wasn’t enough. But recently, he was almost never in the mood. And when we did make love, there were some erectile dysfunction issues, and issues with him not always being able to orgasm when it did stay up.

At first I thought it was me. I thought I was doing something wrong, or I didn’t turn him on any longer. So I tried harder to please him, which was very little help, and just frustrated me even more. He assured me, or at least he tried to, that I wasn’t the cause of his problem, but he really didn’t know what was.

So, like anything else, if I don’t have the answers, I start doing research. And I was very surprised by what I found. Starting around age 30, the testosterone levels in men decrease by 10 percent every decade. Also, at this age, not all of the testosterone that a man is producing is bio-available, meaning usable. All this testosterone loss can cause a variety of symptoms, some of them even health-threatening. Another factor of andropause is that during their 50s, most men actually produce more estrogen than testosterone, which can lead to health problems as well. After reading all about this, I had my first ‘Aha!’ moment. I wondered if that was what my husband was going through.

So I looked up the symptoms, which included: an inability to concentrate, mood swings, weakness, irritability, loss of memory, decreased energy, depression, loss of sex drive, decreased erectile function, difficulty having an orgasm, decreased muscle mass and increased fat. After reading this list to him, we both realized that was exactly what he was going through. Every single one of those symptoms applied to him in some degree or another.

Armed with the belief that we had found out what the problem was, I dug deeper to find out what we could do about this. And being my usual “go the natural way” self, I knew I was looking for a non-mainstream medical solution. After weeks of research we decided on a natural product that would help his body to increase its own testosterone and decrease its ability to create excess estrogen. He has been using it for several months now and the results have been very good.

I know many people prefer to go to the doctor and get a pill or procedure to cure them of these middle-aged maladies, and that’s fine. For us, we just feel there are safer and just as effective ways to get through this. And of course this is all a bit more complex than what I’ve written here, but I wasn’t trying to write a book. What I am hoping is that this will open your eyes to the fact that there are other possibilities to getting through your 40s and 50s as healthy, happy and sexually fulfilled as you possibly can. I know that’s what I’m trying to do.

Though I would love to tell you that we are having sex every day again, just like when we were young, that’s not exactly true. And I can’t tell you that he can now keep up with my newfound zest for sex. Which is fine; I have plenty of toys to keep me busy when he isn’t up to it. What I can tell you is that we are making love quite frequently and that in spite of all the middle-aged drawbacks, it’s better than ever.

And that’s happily ever after enough for me.
Tags:
Views: 1184
Related articles