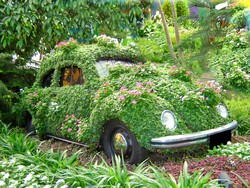 Synopsis: Middle-aged man experiences the joys and terrors of rediscovering multiple orgasms. His own.
This aging, mid-fifties thing has a few pluses, or maybe just one plus I keep forgetting I’ve already counted: “sustainability,” which I define as:

“Sustainability: (n) being able to keep it up longer than expected. Maybe even longer than desired. See ‘soreness.’”

More and more—working with less and less—I’m able to maintain myself, staying in the moment without concentrating on long, cold forced marches in the Arctic; green slime emanating from various pores of my partner; a Senate Committee hearing; dog breath.

No, I can stay aroused without fear of premature flameout, and the rewards are intensely satisfying—for both of us. There is, however, one downside to Mr. Frozen Happy: He only smiles but once a night.

My personal best is seven. I was 18. I matured quickly, beginning a long, slow decline reminiscent of GM stock. For the most part, I don’t care. Getting there has always the fun part, the journey a reward in itself. So what if I only take one trip? So long as there are plenty of sights, no flats and I don’t end up at the bottom of the Grand Canyon, I savor the road warrior role.

So, wasn’t I one surprised traveler a couple of nights ago, arriving as usual but discovering I had the desire, energy, will and stamina to reset my GPS and hit the road again. Now, it had been a week, but there’d been nothing different in diet, fragrances or music. I hadn’t even changed the sheets.

The room was its normal sex temp—about 69 degrees. (Oh, grow up.)

The immediately preceding excursion had been wonderful, but nothing out of the ordinary. I’d taken my usual amount of time getting there, taking familiar detours and making the occasional rest stop.

Whatever the temporary blip in my force, I pursued it without great expectations. After all, though the flesh might be willing, there was the possibility I’d wandered onto a long, looping track without destination. Not that that mattered, much. Almost as good as going to sleep satisfied is going to sleep unsatisfied. At this point in life, you just want to know you still have an appetite.

My lady was as surprised as I was, and, I’m sure, also searching for some rationale. Had I taken some herbal supplement? Swallowed a purple pill? Imagined a 23-year-old Sophia Loren’s face on the back of her head?

Sweetheart that she is, she didn’t demand any particular attentions, content to let me power on, petal to the metal until I either gloriously crashed or ran out of gas. Five minutes into the drive I wasn’t sure myself which it would be. I was puffin’, the bed was rockin’, the dogs were starin’ and I knew that if I stopped bangin’ on the accelerator, I would stall out.

Being a totally one-sided joyride, I’d flipped her over onto her knees. Even with my eyes half-shut, though, I could see her occasionally peek over her shoulder. I wanted to think it was in lustful admiration, but mostly she was checking on my health: Dying while screwing is a great cliché, but probably a real pain in the ass for the survivor. I’m not the athlete I once was, and that was never scholarship material.

But I was okay and it was okay. Okay, but not great, because somewhere along the way craving for the sweet sights, sounds and smells of the trek were replaced by craving conclusion. To just get there. No more convertible, top down, beautiful autumn day rolling over and around the colorful, shimmering hills. No zipping along the coastal highway, engine rhythmically purring while I enjoyed the slightly salty smell and feel of warm ocean breezes.

This had all the charm of a family vacation in July, two little stinky whining brats bouncing around in the back of a Ford Falcon station wagon, eight hours in, three to go, no A/C, long out of diversions, me driving with my nails dug into the steering wheel, hunched, sweating, wondering what had become of my life and considering the pluses of a tractor trailer losing control and ending the nightmare.

Five minutes in (and out), I’d resorted to grunts, half breathless, half hoping a louder, animalistic approach would fool my libido. I increased the pace, her V-sex and one-cylinder battered so fast that missing could bust my piston.

The head gasket finally blew. Like the probable end of earth, I went more with a whimper than bang. Too exhausted to be proud, I was content with pulling off to the side of the road, and gratefully resting awhile on her back seat.
Tags:
Views: 1238
Related articles

Bill Allen
Bill Allen was a lawyer for a large financial institution. Realizing the mistake on both sides, he has run a couple newspapers, and written for the Humor Times, Vintage Magazine and a number of other now-dead publications. He swears it's coincidental. A songwriter of some repute and more rebuke, he lives in New Jersey with a couple of small dogs. He's owned 36 cars in his life. It's all very, very sad.

Other articles by Bill Allen