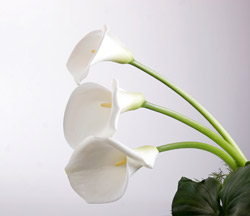 Or, how not to get chewed up in the parlance of polyamory.

More and more, the relationships of our modern lives look less and less like the simple configurations that romance novels and television sitcoms promised us.

According to a report in Newsweek, “Polyamory is a thriving phenomenon in the United States, with over half a million families openly living in relationships that are between multiple consenting partners.”

While this census data can be reassuring to those who are living “outside the box,” it doesn’t make social interactions with non-polyamorists less complicated. Imagine introducing your Intentional Family (IF) to your Family of Origin. Your Intentional Family (also called your Chosen Family) is made up of those people you choose to share your life with: lovers, exes, friends (platonic or with benefits), your co-parenting village, Bromances, Significant Others, etc., plus their children and S.O.s, etc. Your Family of Origin (sometimes called your Biological Family or “that nuthouse you grew up in”) came with a set of preprinted name tags: Mom, Dad, Sis, Weird Uncle Willie. Your Tribe of intimates have learned how to play well without the benefit of place cards or clearly defined roles.

The people you love know who they are to you. But the less your IF looks like The Brady Bunch, the harder it is to explain who is whom to Aunt Susan. Particularly if your sweet old Auntie can’t get past the issue of who sleeps where (and with whom) to the more pressing matter of why your metamour's young daughter is hurt that Aunt Susan brought presents for all the nieces but her.

Words are shorthand for the way we live. Every subculture has its own private language. Language to describe ourselves to outsiders and language to share common experiences with those in the know.

Some of the phrases in this lexicon I invented; others are common among polyfolk and still other phrases are so elegant that I can only hope they march into the dictionaries and living room conversations around me.

I’d like to thank Franklin Veaux for allowing me use of his poly glossary and for sharing late night pickles. It was at his site that I discovered the acronym TOCOTOX (Too Complicated To Explain).

POLYAMORY: Literally means “Many Loves.” The practice (or relationship orientation) of having more than one romantic and/or sexual partner at the same time. Polyamory is distinct from non-monogamy in that it stresses communication and disclosure between partners.

POLYFIDELITY: “Many Faithfulnesses.” A usually closed relationship of more than two people. A group marriage or arrangement that does not allow new lovers without the approval and consent of all the existing members. The term polyfidelity is said to have been created by the Kerista Commune.

POLYGAMY: “Many Marriages.” Polygamy is often a religious or cultural tradition and usually refers to polygyny (one man and many wives). It is not a term polyamorists embrace because of the associations between polygamy and misogyny, child brides, coercion, etc.

POLYSATURATED: Someone who is polyamorous, but not open to new relationships because they already have too many partners, too many commitments, or too much poly-drama related to the existing partners or commitments.

SPICE: A common joke is that the plural of Spouse is Spice. But what do you call your “spouse” when for reasons of gender, orientation, or multiplicity the traditional options “wife” and “husband” seem inadequate or dishonest?

S.O.: Significant Other. This phrase was developed in the LGBT community and adopted by queer allies to indicate a primary Life Partner. The tag discloses neither the gender nor the legal status of the partnership.

O.S.O.: Other Significant Other. (How you decide who is the “other” may be a matter of seniority, primary vs. secondary status or which S.O. the person was introduced to first.)

RELATION-DANCE: Offered by a woman at a poly discussion group I recently attended, “My girlfriend hated the word relationship. She said, ‘A ship is never here, but always going somewhere. I want a relation-dance.’”

AMBIGUSWEETIE: Coined by Chris Dunphy from “ambiguous sweetie,” this is a relationship that is left undefined, usually on purpose.

FUCK BUDDY: A relationship that is sexual rather than emotional; similar to a Friend With Benefits (F.W.B.).

Describing your co-lover to someone who believes (despite all evidence to the contrary) that beloved means “one and only” can be uncomfortable but explaining that you have a happy, compersive (see compersion), familial relationship with her other loves (see metamour) is more difficult because monogamy has no context or equivalent.

METAMOUR: A person with whom you share a lover or S.O. The other lover, partner’s partner, or my favorite, lover-in-law.

I call these lovers-in-law because it’s less of a tongue-twister than “my partner’s partner,” and it acknowledges the familial connection. Your brother’s wife is family whether you chose her or not. The very nature of the term sister-in-law describes her relationship to you; nothing could be less sisterly than the way she views your brother.

Look at the mathematical logic of the alternative phrase “my brother’s wife.” In the second phrase you claim a relationship to your brother only. Additionally, you claim a proprietary relationship—what could be more possessive than the MY in my anything (e.g. my hat, my brother, my car keys, my friend)—and you put distance between yourself and the wife. She’s not your wife. She’s nothing to you. She’s only someone to your brother.

These may seem like unnecessary distinctions, but I can tell a lot about how I’m feeling about someone by listening to how I hear myself talk about them.

Who among us hasn’t met Darling at the door with the welcome-home greeting, “Wait until you see what YOUR child (or pet) did today!”? MY child/pet is the angelic one who pulled a baby from a burning building and got an A in Geography. YOUR child/pet is the little devil who dug a hole under the fence and reupholstered the furniture with peanut butter.’ It’s all about blame and credit. About drawing nearer or distancing oneself. Consider the meaning behind the phrase, “OUR child/pet got a scholarship to Harvard.” Translation: “High Five! We are terrific parents/dog trainers.”

It makes sense then that the repetition of phrases like “my girlfriend’s husband” puts emphasis on possible competition rather than compersion or shared affection. On one side we have my = me; on the other side, the husband—leaving the girlfriend in the middle of a grammatical tug of war.

While it may seem more socially awkward to say, “Meet Frank; we share a Heidi,” than, “Have you met my girlfriend’s husband?” In the first case, Frank and I are a WE. Ideally, Frank and I have more in common than an intimate knowledge of Heidi’s ticklish spots, and I can introduce him as my friend as well.

That’s my argument for the term “lovers-in-law,” although to be accurate, it would be “lovers-out-law” because nothing in U.S. law supports multiple relationships.

VEE or HINGE relationship: The person having two love-partners is the “pivot” or hinge in the Vee. Refers to the way the letter V is an almost triangle.

COMPERSION: Joy at seeing your lover happy with another.

JEALOUSY: Yes, even poly people can have it—except the lucky few too saintly and enlightened to ever experience insecurity.

WIBBLE: Discomfort, usually fleeting, at seeing your lover with another.

PRIMARY, SECONDARY, TERTIARY: A tiered relationship system that promises security, privileges, and (sometimes) veto power to one partnership over others. Primary relationships are often those that share finances or children.

RED SHIRT: Often the last partner added to a marriage or group, particularly in triads containing an established married couple. It implies an understanding that the new relationship may be sacrificed for the “good” of the primary relationship. It refers to the Star Trek phenomenon in which any unknown actor (uniformed in a red shirt) foolish enough to go off-world with the main cast members was marked for death by plot device.

COWBOY: Someone who enters into a polyamorous relationship, group or family with the intent to “poach” or wrangle the lover into monogamy by “cutting him/her out from the herd.”

TBYB: “Try Before You Buy.” The practice, intentional or not, of OPENing a MARRIAGE as a way of finding a new spouse/dyad before leaving the safety of the old. As in, “I didn’t realize my ex-husband was pulling a TBYB.”

DRIVE-BY: A person who simply likes to cause trouble/turmoil in any relationships and organizations they belong to. See also Drama Queen.

BONOBOISM: The poly-centric argument that non-monogamy occurs in nature and is therefore the correct and superior way. A reaction to monogamists and homophobes who argue that only monogamy and heterosexuality appear in Nature. (See also Selective Blindness.)
Tags:
Views: 1084
Related articles