Turning Off the Turn Offs: How to Find Detours around Sexual Roadblocks 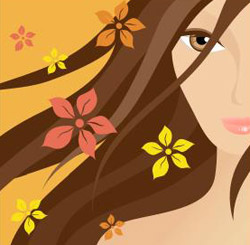 The things that turn us on are determined not only by our individual preferences, but by the culture in which we live. The same holds true for those things that effectively turn us off.

Reading the Signs: Is it a Detour or a Roadblock?

It has been shown time and time again that the things that turn us on are determined not only by our individual preferences, but by the culture in which we live. There are places in the world where two people pressing germ-laden orifices against one another and using their lingual members to force bacteria-filled fluids from one dark and cavernous opening to the other is considered sexy. The U.S. is one of them, but there are also places in the world that consider kissing to be absolutely disgusting. In fact, in a 1951 survey of almost 200 different cultures, the anthropologists Clellan Ford and Frank Beach found that kissing was only acknowledged as an activity in slightly over 10 percent of cultures, and it was practiced as a sexual activity in less than 7 percent.

Where Western societies focus on orgasm as the “goal” of intercourse, in many Eastern traditions, long periods of arousal are sought instead—the intimacy outweighs completion. However, the differences between various cultures’ means of sexual expression are far more complex. It’s not just the endpoints that change. Different cultures also have different standards of both acceptable activities and physical attractiveness: the sexiest activities and people in the Trobriand Islands may seem uninteresting or even repulsive to people living in Paris—and vice versa.

It sounds like a tautology, but a lack of interest in sex (or a particular kind of sex) isn’t a problem unless it is a problem. Just as different cultures consider different types of sexual expression to be the norm, different individuals have different levels of interest in sex. One woman may want to have two orgasms a day, with zero, one, or more partners, while another may only be interested in having sex twice a year, and neither one of them should be worried about their level of sexual interest unless it is causing other problems in their lives. It is only when sex, or a lack of interest in sex, begins causing difficulties with work, relationships, or even mental health and identity issues that individual differences should begin to be seen as “problems.”

Unsurprisingly, roadblocks to sexual experiences often have their origins in previous sexual experiences. Emotional or physical trauma and abuse can make it difficult, or impossible, for individuals to enjoy certain types of sexual expression without extensive therapy. For others, however, sexual turn-offs are a far more minor issue. If such roadblocks stem from a simple reluctance to try something that is new or outside the bounds of common sexual practice, then sexual experimentation with an understanding partner is something that can open doors. 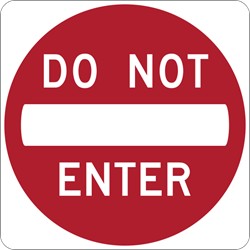 One of the most extreme examples of a conditioned “turn-off” is a medical condition known as vaginismus. Women with vaginismus experience strong, involuntary contractions of the outer third of their vagina whenever penetration is attempted—making not just many forms of sexual activity but even gynecological exams either extremely painful or simply impossible. It has been estimated that 2 percent of women experience some degree of vaginismus—which can make it difficult and uncomfortable to do something as simple as inserting a tampon.

Although the contractions involved in the vaginismus response are not under a woman’s conscious control, they are considered to be a conditioned response. Vaginismus occurs primarily in women who are conflicted about their sexual desires, women who have experienced sexual trauma—not just rape and sexual abuse, but chronic painful intercourse and similar issues, and women who have other negative associations with sex. Vaginismus can be treated, but not simply by a woman “pushing through” the problem. In fact, such attempts are more likely to make the problem worse than better since they can increase the pain and anxiety associated with sex. 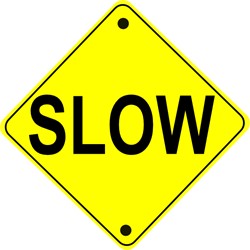 On the other hand, sometimes a person may be interested in trying, or at least willing to try, a new sexual experience, but simply need to get past an instinctive negative reaction caused by social expectation or fear. In this case, the sign is not as much of a roadblock as it is a warning. Its message? “Reduce Speed Ahead.”

You should never try and talk a partner into doing something that they truly do not want to do, but if they express a cautious interest in an activity that makes them nervous there are probably ways in which you can work up to it slowly. The important thing to remember is that anyone exploring a new sexual activity is going to want to do it in a way that feels safe and in a way that they know they can stop at any time. 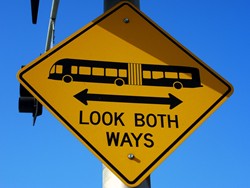 During any sexual interaction, it is important to remember that, by and large, people can not control the things that turn them on and turn them off. It’s always a good idea to ask a new partner whether or not they have any serious physical or emotional triggers before you become intimate, or else you risk accidentally stumbling across an unexploded landmine. Still, although one partner may be able to warn you that touching the front of his throat makes him panic, or that being called “Daddy” is a more effective turn off than an ice-cold shower, not everyone is consciously aware of the things that may set them off… and sometimes, they vary from day to day.

If you and your partner are committed to each other, it is often possible to work together to overcome any roadblocks to a healthy and happy sex life, but it can require a great deal of compromise… and it may not always be the best solution. The importance of sexual expression in a relationship varies from individual to individual. For those couples in which both members place similar value on the importance of a healthy and happy sex life—whether they both think it is extremely important or both consider it something barely worth worrying about—a mutually acceptable compromise is often a mutually satisfying one as well.

More serious problems may come about when sexual fulfillment is really important to one member of a couple and is barely on their partner’s radar. In that case, it could take significant amounts of therapy to get both people to simply develop an understanding of the fact that their problem may be unsolvable. If two individuals’ levels of sexual interest are truly different—and those differences are not based in a medically treatable physical or emotional problem—then it can be very difficult for them to sustain a monogamous relationship in which sex is an important component. 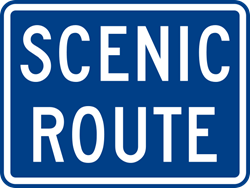 Cultural and individual variations in sexual interest and activities are one of the things that make our interpersonal interactions so fascinating, and it’s important to remember that, as long as things stay consensual, no one perspective on sexual expression is either wrong or right. The thing to strive for is tolerance, or, to use Dan Savage’s term, being good, giving and game. It’s essential to remember, however, that being GGG goes both ways. Just as you would ask your partner to try to understand your sexual desires and interests, and to accommodate them to the extent to which they are interested and comfortable, you need to try and understand theirs—even if, in their case, what you need to understand is that they’re just not all that interested in sex.
Tags:
Views: 1259
Related articles