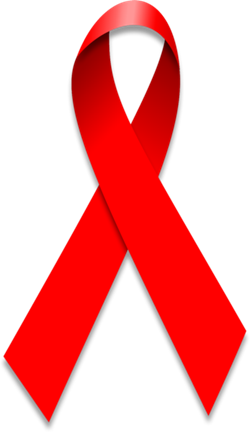 Two decades as an HIV educator and counting.

I sometimes forget that, even though I am HIV-negative, my relationship with HIV is fundamentally a personal one. I’ve been an AIDS educator for so long that it’s easy to lose touch with how I got started on this journey, but there are reasons why sex education is so fundamental a part of my identity. Their names are James and Michael, and knowing them helped me figure out how to be me.

I was in high school in the late ’80s, during the height of the early U.S. AIDS epidemic. I remember following the foundation of ACT UP and feeling it fuel the beginnings of my own activism. I also remember learning about AIDS in school, using terms so outdated that today they seem foolish. Yet we did learn about AIDS in school—as well as syphilis, and other STDs—in graphic detail. Learning the facts, or what were believed to be the facts, put me off sex for a very long time. What it didn’t put me off was education, but that probably spoke to as much my own budding sexuality as the efficacy of anything I was taught.

By the end of high school, I was reasonably certain I was queer—at least in my subconscious mind. I would never have labeled myself that way, not then, but I was developing a growing understanding that my sexual orientation was not exclusively focused on men. I don’t know quite when I figured it out. All of my formative sexual experiences—playing “house,” or “kidnapped pirate slave”—were with women, but it wasn’t then. It may have been when other children started teasing me for being a lesbian with a friend of mine, and I thought, “I might be a lesbian, but I’m not one with her.”

AIDS didn’t become personal, however, until the summer I went away. That’s when I met James. I had such an enormous crush on him; it was inexplicable. I finally got up the nerve to communicate it to him, and ended up shocked as I found myself more relieved than disappointed when he let me down gently and informed me he was gay. I admitted my growing belief in my own bisexuality; we sang a lot of songs from the only Broadway play we knew of with a bisexual female character, and we became friends.

Two weeks before the end of the summer, he came to me, terrified that he might have AIDS. Almost 20 years later, I don’t remember what made him so certain he was at risk, but I do recall holding his hand while he waited for his test results. I knew then that I never wanted any of my friends to be that frightened again.

That was 1990, the year the movie Longtime Companion was released, and it became emblematic of the feelings I had during the early AIDS epidemic—fear, anger, impatience for progress, and above all, a passionate belief that the only thing we could do to slow the onrushing disaster was focus on prevention. I watched that movie countless times, bursting into tears every time “Post Mortem Bar” began to play in the background as the characters remembered the people they’d lost.

At that point, I hadn’t lost anyone to AIDS. James was negative, but the roots of my activism had been set deep in the ground. I was so committed to teaching people to have safe sex that it was going to be another six years before I actually managed to have any myself.

When I got to college, one of the first things I did was join the peer education group that specialized in teaching about AIDS responsibility. I walked past the GLBT group meetings, uncomfortable with my own sexuality and afraid to go in, but it was easy to turn my inner passions into teaching others about being responsible for their own safety and sexuality.

Oddly enough, I think that my role as a peer educator helped me find connections—not just with my fellow educators, but within the queer community I longed to embrace. Slowly, I began to go to those meetings, as well, but when it came to talking about myself I was still painfully shy. What I could do, however, was stand in front of the big rock in the middle of campus and hand out condoms—trading banter with other queer women about the fact that, “Yes, they could use them too.” Handing out condoms with a theatrical flare also helped me grow a harem of gay men. Eventually they became my entrée to the community I continued to feel I was lurking outside.

One of those men was Michael. Michael was an amazing guy—strong, gorgeous, talented, and HIV-positive. Although I had known HIV-positive people before, he was my first HIV-positive friend. I adored him. I remember making dirty jokes with him while measuring his inseam for a production I was costuming, and hanging out talking about theater. The man was like a Greek god. Somehow, I didn’t actually think the disease would touch him.

I was a senior when I heard that he’d died of AIDS—less than a year after his graduation. His death, unlike his life, was quiet, and in a way reflected the fact that people were no longer talking about HIV in quite the same way. There was less activism. People were no longer loud. The earliest protease inhibitors were being developed, and for the first time it seemed like HIV might become a treatable disease that you lived with…but Michael didn’t. His death reminded me, once again, that hope for a treatment was all well and good, but the best hope remained, and remains—prevention. It reminded me to be loud.

I wasn’t sure what I wanted to do after college. I had worked, briefly, in an HIV lab, but it felt like I’d have to be a doctor to make a real difference, and that was a journey I had no desire to make. Instead, I applied to the Peace Corps, hoping to get a placement working as an AIDS educator in Africa—a not unlikely outcome given my background—and had been just told that was exactly what I would be doing, when I suddenly ended up on an entirely different path.

Hedging my bets, I’d applied to graduate school in various fields, and was surprised to find myself interviewing for the Ph.D. program in biophysics at Johns Hopkins University. Why was I there? In part, because I thought I might want to work in the Mucosal Protection Laboratory, where Dr. Richard Cone and his colleagues were developing a microbicide that could be used to make sex safer. It was an exciting thought—that I might be able to work on a product that could help prevent HIV infections without becoming an M.D. By the time the interview was finished, I knew I wanted to work there. Not only did I love the people in the lab, I was thrilled by the fact that they were dedicated to creating a product that could be used not just for vaginal intercourse, but anal sex as well—a product that would be marketed to the GLBT community, not just mainstream consumers.

I learned a lot while I was there, both about myself and about the world of sexual health research. I used science to become comfortable with my own sexuality; even as I became less certain that it was how I wanted to pursue my future. I got louder. I came out. I realized, that even if I didn’t want to spend my life in the lab, I did want to spend it helping other people be smart about sex, and like themselves, hopefully while still having fun. I wanted them to be like Michael.

It may seem strange that, in some ways, my role model for sexual health is a man who died of AIDS. The thing is, Michael helped me learn that liking yourself is the first step to making smart choices, protecting yourself, and feeling empowered to practice safe sex. He helped me understand that for so many people, these things are hard, and that one of the best things I could do was try and make it a little easier.

These days, I spend most of my time writing and talking about sexually transmitted diseases. It’s not the same as being a peer educator. I don’t think I’m ever going to get another 2 A.M. phone call like the one I got my first year in graduate school—in which a college friend woke me up to tell me that, because she knew me, she had just turned down what would have surely been very hot sex with the lead singer in her favorite band after they discovered that neither one of them had a condom (apparently convenience stores in Western Illinois close too early for late-night shopping. Who knew?) I’ll never forget how proud I was. It still makes me smile.

I miss that, but I’m not giving up. I still want to do my part. Looking back, I’m somewhat amazed by how much my life has been shaped by the AIDS epidemic. That’s why, in my own tiny way, I’m doing my best to shape it right back.
Tags:
Views: 1360
Related articles