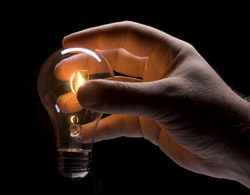 When it comes to STDs, for many people, it’s much easier simply not to know.

Behind the Screen Door

Many doctor and scientists refer to sexually transmitted diseases as the hidden epidemic. STDs are sneaky. They can often lurk in your systems for years, not causing any symptoms, while unprotected sex spreads one person’s infection to two, to four, to eight, to 16… to thousands. The depressing thing is that, with the exception of herpes and a few other highly contagious diseases that spread by skin-to-skin contact, the STD epidemic is largely preventable. That’s why it’s fortunate for the bacteria and viruses that humans have evolved a maladaptive trait that will probably allow them to keep spreading until the end of time—willful ignorance.

Getting an STD screening should not be a big deal. It should be routine, like a dental check-up or eye exam. After all, just as with those types of screening, STD screening is a preventative measure. If doctors can catch an STD before it becomes problematic, then it not only improves an individual’s health, it reduces the chance of them transmitting the disease to their partners. The only problem is with the results.

Needing a new pair of glasses, or a root canal, doesn’t normally make people feel differently about themselves—or make doctors feel differently about them. The same can not be said for an STD. Our society has so many issues around sexual health that it can be difficult to discuss sex and STDs with an authority figure without feeling judged. This may be why a lecture about proper flossing seems to be less of a big deal for most people than a lecture about proper condom use.

The fact is, that it is incredibly easy not to know if you have an STD. Outside of public health clinics and campus medical centers, many doctors don’t regularly screen patients for sexually transmitted diseases unless their patients ask—which is a shame, since it can be hard for even the most educated and sexually confident people to be proactive in regard to testing. Requesting STD testing requires a willingness to not only admit to yourself that you might be at risk of infection, but to talk to your doctor about sex and your sexual history.

One reason that doctors don’t reliably screen patients for STDs is that they are often just as uncomfortable talking about sex as their patients, and so they frequently fail to ask the right questions. They may assume, incorrectly, that their patients are not at risk, but they may also want to avoid an awkward conversation about sex and STDs that might ensue should they bring up the question of testing. This may particularly be an issue with patients whose sexuality makes their doctors uncomfortable—whether it is because they have same sex partners, are physically different, or are simply over the age of 25.

Of course, aside from those people who honestly believe that their doctors screen them for STDs as part of their annual exam (would that it were true!), one of the biggest barriers to getting screened for STDs is fear of the results. This is a huge factor for people who know that they are at risk for STDs—because they don’t practice safe sex, are unaware of their partner’s testing status, have multiple casual partners, etc.—but it also affects those who do everything they can to protect themselves from STDs knowing that doing so may still not be enough.

If you don’t ever get screened, it’s possible to tell yourself that sex is an activity with no risks and no consequences. The second you get tested, however, it’s impossible to avoid asking yourself the question—What if I’m positive? The answer is simple: If you are going to be positive once you’re tested, you already have the disease. The only difference is that you’ll know.

That’s a big difference. It’s easy to absolve yourself of the responsibility to practice safe sex and protect your partners if you don’t know you have an STD. Once you do, however, there’s no easy excuse for not taking appropriate actions, notifying partners of your status, and dealing with their response. It’s frightening, but for many people it can seem simpler to choose to not find out whether you’re putting the people you love at risk than to get tested and know for sure.

How can you work around that fear? Try to remember that having an STD doesn’t make you a bad person, a dumb person, or even an unprepared person. The bacteria and viruses that cause sexually transmitted diseases aren’t judging your moral fiber any more than the pathogens that cause strep throat and chicken pox are. They’re diseases, with various consequences that range from mildly annoying to severe. It’s better to avoid them, if you can, but an infection is generally not the end of the world—especially if it’s diagnosed and treated early.

An Ounce of Preparation… Isn’t Foolproof

No matter how responsible you are about your sexual choices, screening tests aren’t perfect and neither are barrier methods. When you’re conscientious about your sexual choices, and avoid the trap of willful ignorance, you also have to admit to yourself that being sexually active can have consequences. In many ways, sexual decision making is all about determining your level of acceptable risk in any given situation. Appropriate prevention techniques may be great for reducing your likelihood of getting an STD, but the only foolproof way to avoid infection is to be abstinent or in a long-term mutually monogamous relationship in which both of you have been thoroughly tested and avoid all possible exposures.

It’s easy to say that if you choose to have sex you also choose to accept the potential consequences, but it’s hard to actually do it. It doesn’t matter how proactive you are about your sexual health, how reliable you are about STD screening, how religiously you use condoms, or even how often you pray to your household gods—if you have sex, sometimes shit happens. That can be hard to live with, which is why before you let your hormones lure you into bed with someone you should use your brain to decide if the potential risks are really worth it. The answer may not always be the same… and it may not always be what you think.

When you monitor the media coverage of the STD epidemic, you often see stories about women diagnosed with STDs who then discover that their partner has not only infected them, but several previous partners. The women are always shocked and horrified that their men could be so malicious, but what I always wonder is… “Did they ask if he had been tested for STDs before having sex?”

I suspect the answer is no. Just as most people don’t bother to get tested regularly because they either don’t think they’re at risk or don’t want to find out if their previous sexual adventures have had consequences, most people also don’t ask their partners about their sexual history or the last time they were screened. After all, if they ask, they have to listen to the answer and let it factor into whether or not they decide to have sex. Many, if not most, people simply don’t want to have to wait. You can have safe sex impulsively, but not if you’re waiting to get the results back on a screening test—which can take over a week.

Although there are certainly exceptions, I don’t think that most people spread STDs maliciously. I think they’re simply willfully ignorant. They ignore their symptoms, or don’t have symptoms, and they don’t get tested so they don’t have to figure out what to do about a positive result. Diseases spread, hearts are broken, and a story on Oprah is born. Remember, though, that it takes two to tango… It’s one thing if your partner lies to you, but you shouldn’t blame someone for not knowing their status if you haven’t bothered to get tested yourself.
Tags:
Views: 1585
Related articles

What is safer sex? We bring together clinical and practical data on STDs and their prevention, including information on identification and treatment, as well as social/cultural significance and stigmas.