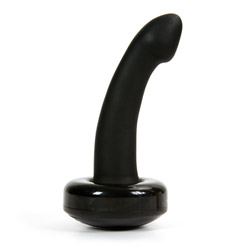 This toy is great for solo play. The wide base makes it easy to stick the toy on a chair, insert the toy into my ass, and ride the shaft to orgasm. The base fits perfectly in the palm of my hand and can be used to penetrate my ass while prone, standing up, or any other variety of positions. You could also use this toy with a partner. However, the base is large enough that it prohibits double penetration when the base is flush with your ass cheeks. The toy is not ideal for travel as the design is not discreet. While it would be easy to keep this vibrator in a large bag or backpack, if anyone peeked inside, they would recognize this toy as a sex object. This toy is safe to use in the shower, so you could even enjoy some soaking wet fun!

The shaft is made out of 100% food-grade silicone. It is hypo-allergenic, latex free, non-porous, and phthalate free. The base is made out of ABS plastic. Both of these materials are high quality, safe for your body, and long-lasting. The silicone had a slight new car smell upon opening. I found this concerning, especially since the product information on the package noted that, "There are many manufacturers in the market claiming the use of Silicone material. Instead they use a less expensive rubber polymer as substitute. You can test for silicone with the following methods: Smell - If it has even a slightest odor, not Silicone." However, after washing the toy only once with soap and water, the material was odorless.

The entire shaft, aside from the head, feels hollow, allowing for extreme flexibility. While I found the toy very comfortable to use, I don't think that degree of flexibility is necessary. During playtime, I did not bend the shaft anywhere near the full range of motion. While the toy is flexible, it is not flimsy. The curve of the toy is designed so that a downward force on the shaft will not bend the toy easily. If you are inserting the toy by sitting on it, the shaft will be firm enough to provide support. The head of the shaft feels solid and is tapered at the tip to allow for smooth entry into the ass. 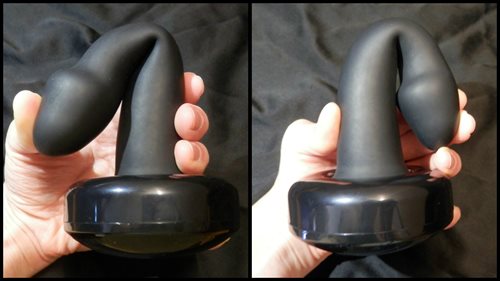 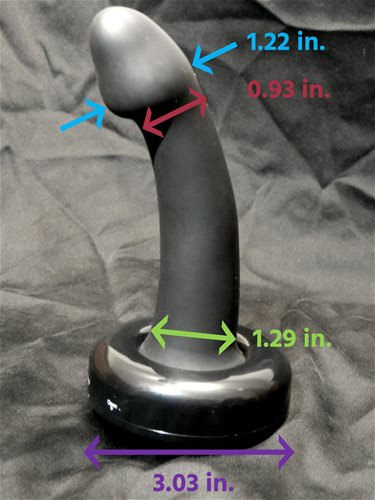 There is a single control button located on the bottom of the toy’s base. This button starts the vibrations with a single push, cycles through the 10 different vibration functions with consequent pushes, and will turn off when you hold down the button for about three seconds. The next time you turn on the toy, it will resume the vibration cycle since it remembers the last function used. I found the single button control very convenient and easy to use.

There are 10 vibration settings as described below. To see visual representations of each function, see the packaging section of this review.

The toy is fairly quiet. On the lowest constant vibration setting, the toy was the same volume as my iPhone. When placed on a hard surface, the vibrating base of the toy will make a fair bit of noise, so I would advise against doing so if you are concerned about the volume level. The medium constant vibration setting could be mistaken for the sound of a fan in pitch and volume. The highest constant vibration as well as the patterns are the least discrete because they sound most like vibrating toys. However, once I slide the toy beneath the covers, I can only hear a soft hum. I live in a college dorm and I was not concerned about neighbors hearing this toy from the hallway or adjacent rooms.

The toy is powered by three AAA batteries. There is a battery compartment on the bottom of the toy. 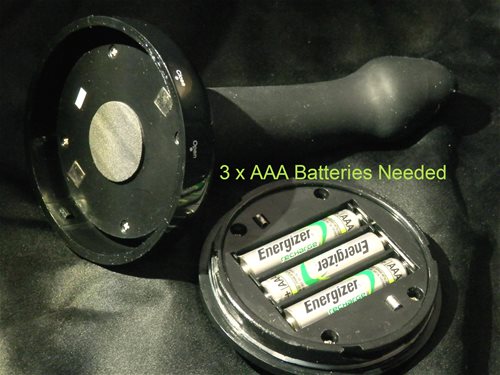 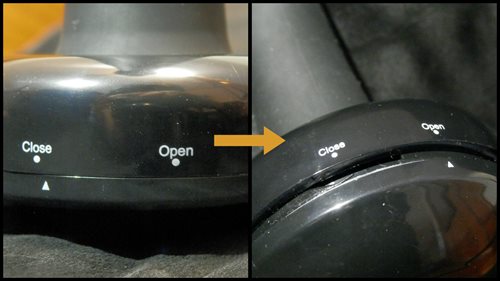 The toy is marketed as "Guaranteed Waterproof" with the stipulation that the toy is safe for shower fun and easy cleaning in the sink but will not keep the toy waterproof when fully submerged in the case of pools or baths. Examining the toy, I see that the battery compartment has an O-ring gasket (the rubber loop sealing the toy when closed). After I washed the toy in the sink with soap and water and dried the toy's exterior thoroughly, I found that the battery compartment remained completely dry as expected. 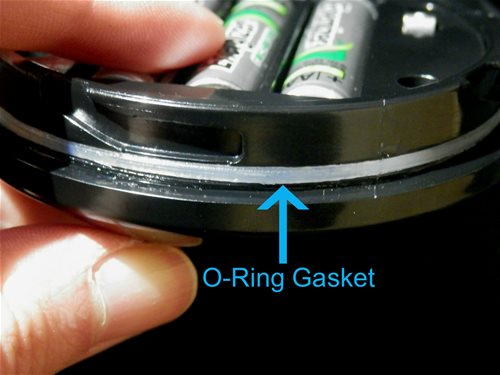 Never use silicone lube with your silicone toy. Doing so may break down the material, making it appear melted or gooey and more susceptible to bacteria growth. Always check your toy before use by examining the entire toy and feeling for soft spots. If a spot feels unusually mushy or looks as if it is melting, your silicone is compromised and the toy must be thrown away. As much as you may want to keep the toy, protecting your body is far more important.

While normally, silicone can be sterilized through boiling, since this toy has motors and wires inside of the silicone shaft, boiling and dish-washing are not good ideas. Some people who want to thoroughly clean their silicone toys will use a 10% bleach solution. However, I have not tried bleaching this specific toy, so I cannot comment on any potential adverse effects.

As with most silicone products, lint and dust will stick to your toy. So, be careful where you put it down during a play session! If your toy does get dirty, it is easy enough to clean. I find that simply washing silicone with antibacterial soap and water does the trick. You can also use your favorite toy cleaner or toy wipes! Since this toy is waterproof, it is safe to wash the whole toy in the sink or in the shower. Just make sure the battery compartment is fully closed before exposing the toy to water! After washing my toy, I let it air dry or pat it down with a clean towel. I store my toys in a ventilated toy box.

The shipping box was very discreet. As is normal for EdenFantasys orders, the toy came in a plain, brown box. The return address was listed as "Web Merchants Inc." 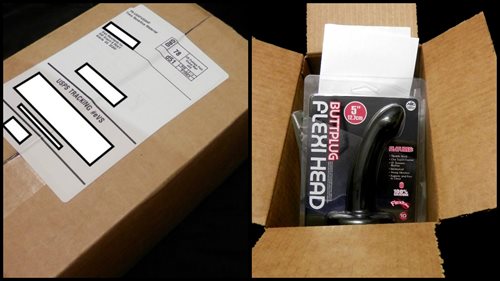 The product label had a clean, streamline look and the front side definitely caught my eye! The toy packaging was not very discreet since "BUTTPLUG FLEXI HEAD" was printed in bold. The packaging is very easy to open, so you can put away your scissors! 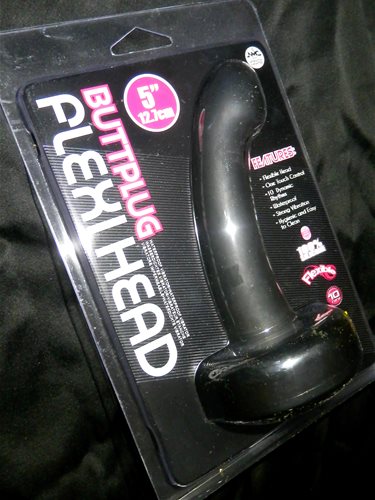 The back side of the label was printed in minuscule writing. I felt like I was at the eye doctor taking a vision test just to read what it said. There were very useful tips and information about the vibration settings, the material, cleaning instructions, and tips about how to tell if a product is actually silicone. Additionally, there was an information sheet with detailed instructions for battery installation and safety. Between the labels and the instructions, there was more than enough information provided! 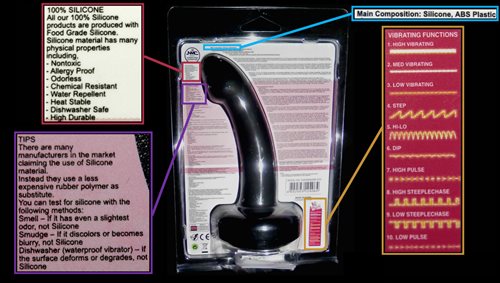 Also, after washing this toy more, I have found that some water does seep into the battery compartment. While minimal water enters, I worry that if I were to shower with this toy, real damage could result.
This product was provided free of charge to the reviewer. This review is in compliance with the FTC guidelines.