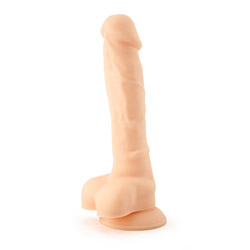 Mr. Indulger is so soft and lifelike! Hubs tricked me and put it in from behind. I only figured it out when I felt the soft squish little balls. Now, I always get even. He got a taste of Mr. Indulger with one of my harnesses.

What we particularly like is the ease of going balls deep and the lump right under the head. 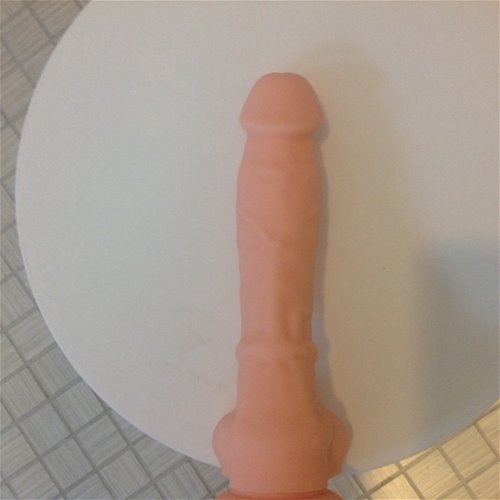 Right under the head it flares out. That fat part is firm and adds to the pleasure.

Mr. Indulger is made of soft squishy silicone. It's on the skinnier side and pale pink color. There are veins everywhere and a pronounced one near the bottom. That bulging vein is like a thick ring and adds to the stimulation. His balls are really soft and very squeezable. They felt good banging into my body. 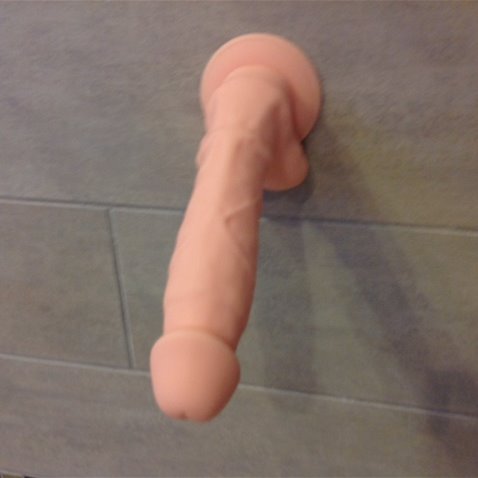 It works so well, I had difficulties getting it off the shower floor

My measurements differed from the product page. I measured him to be 1 5/8 " at the widest part. And only 6 inches long. 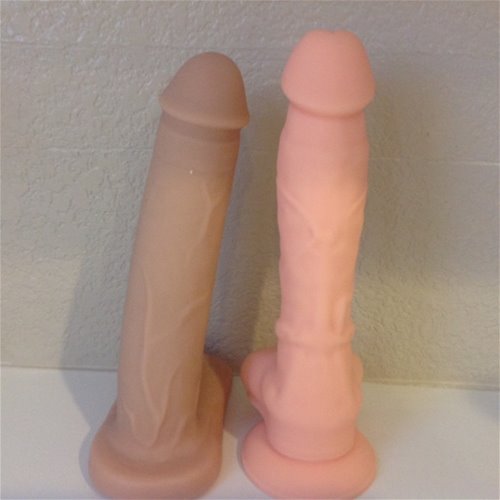 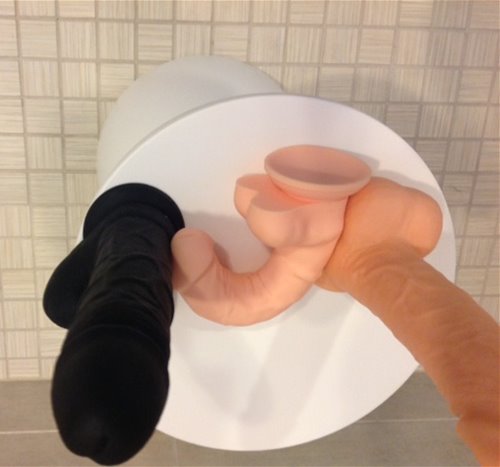 Seriously flexible and bendable. (with the help of Caesar and the Mega dils)

The flexibility definitely helped with the experience. If just went straight in and curved when needed to.

The next time I experienced Mr. Indulger was in bed. My husband and I fooled around, and I decided to give him oral. After he was ready, I jumped up and bent over. He got behind me as instructed to take me from behind. He was slow getting in and all the sudden, bam, deep. After a few thrusts, I realized it was not him. He had Mr. Indulger in me. It felt so good, I let him continue. It felt better than my expensive Vixen Creations Bandit. That is saying a lot since VC are very close to feeling lifelike.

Since it has balls, it is harness compatible. When I pegged him with Mr. Indulger, he agreed the top half felt especially good.

This is on the floppy side and requires more guiding than some others. However, it's worth it since this curves with one's body.
This product was provided free of charge to the reviewer. This review is in compliance with the FTC guidelines.