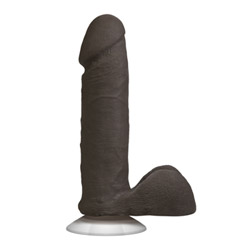 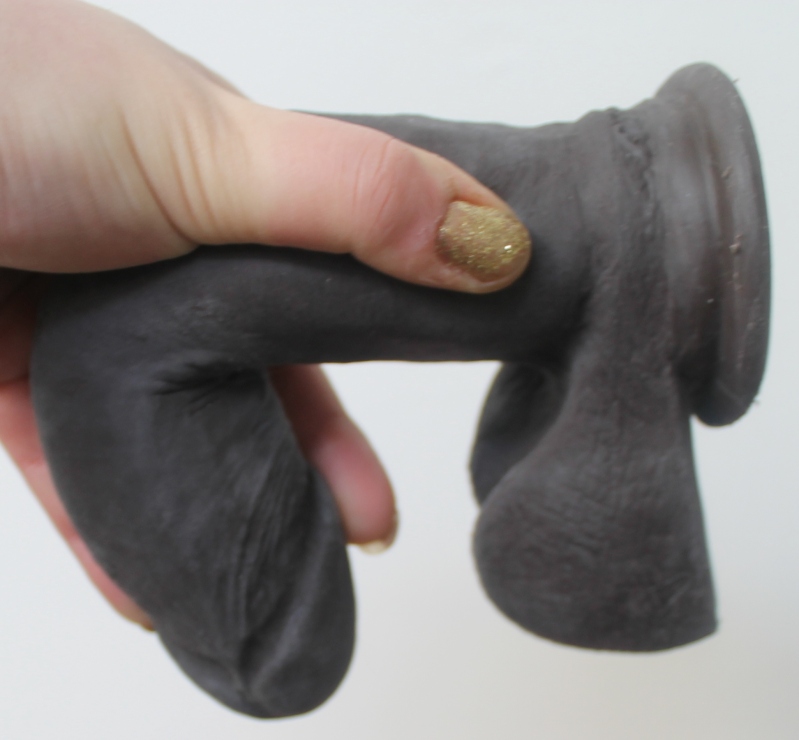 I’ve taken a few measurements of the Realistic Cock but if you need any additional measurements, send me a message and I can get them for you.

The UR3 material has a lot of drag to it but can be remedied with lubricant. Only water-based lubricants should be used with this toy. Like I had mentioned, if you want to keep the material clean, you should cover the toy with a condom since the material is very porous. I used a thin condom on the toy so that I could still enjoy the texture but keep my toy clean at the same time.

With the thin condom over the toy, I could still feel the textures. The way it was made with the outer area being softer and the inside being firmer is really fantastic. It’s the most realistic toy that I have as far as feeling goes. The 5 ½ inch circumference of the shaft is nice but I’ve been using glass toys most often recently, which are much thinner. The circumference isn’t too much though. It gives a full feeling without being too thick. If you’re looking for a larger circumference in the shaft, I recommend the Dr. Philgood that I had mentioned earlier. Philgood’s circumference is between 6 and 7 inches.

Since the toy is dusted with a powder, you’ll need to invest in some cornstarch. The cornstarch should be dusted on the toy after you’ve washed and dried it. You’ll notice that after a few uses (sometimes even just one use) that the material is starting to feel sticky. Dusting the toy will take away the stickiness so it feels brand new again. 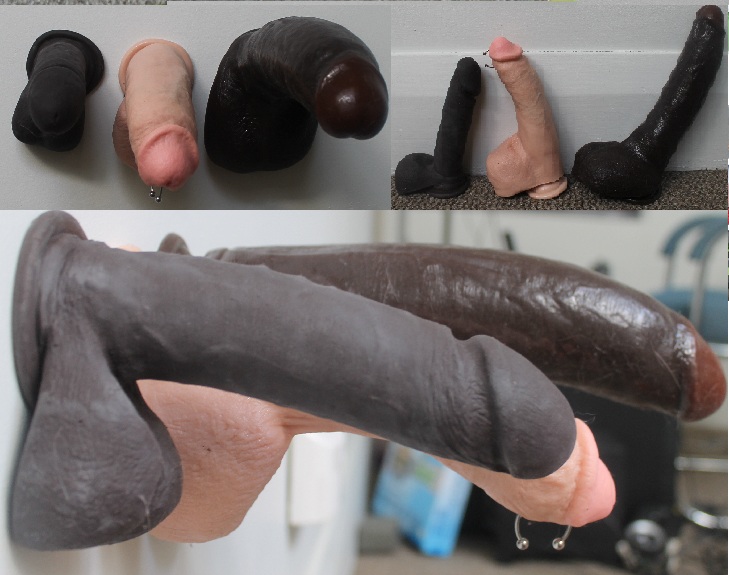 My The realistic cock tags
About author