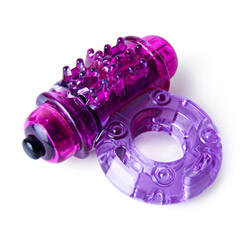 O Wow, What a Disappointment!

If you're looking for a toy that is loud and won't aid your sex life, try the O Wow Vibrating Ring! It will turn sex into a comedy show as you and your partner try to think up things that the sound reminds you of.
Pros:
Powerful bullet, stretchy material
Cons:
Bullet loses power when in the ring, loud
Rating by reviewer:
2
extremely useful review

You can also take the bullet out of the ring and use it to tease yourself or your partner during foreplay.

This ring is made of TPR Silicone which is slightly porous but nothing to be concerned about as long as it is cleaned. It is free of phthalates and latex, and is also hypoallergenic. If you choose to use lube while using the ring be sure to use a water-based lube. This ring should be cleaned with warm water and soap or toy cleaner. The toy does have a very light odor, but nothing you would be able to smell without being extremely close to it.

The O Wow ring is super stretchy with an unstretched inner diameter of about 3/4" and stretched diameter of 2 1/2". It is also smooth, but when you glide your fingers over it, they kind of stick as they slide. 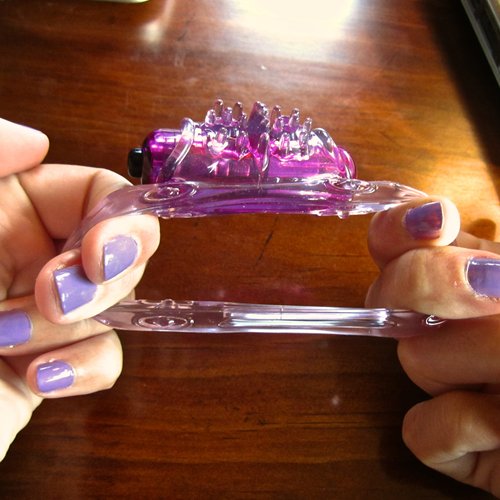 This vibrating ring is a basic cock ring with a bullet inside. The pictures that are shown online were deceiving to us; it's larger than we expected. We figured it would be a tad larger than the Eden Fantasys' Vibrating Ring, but it was a significant amount larger! 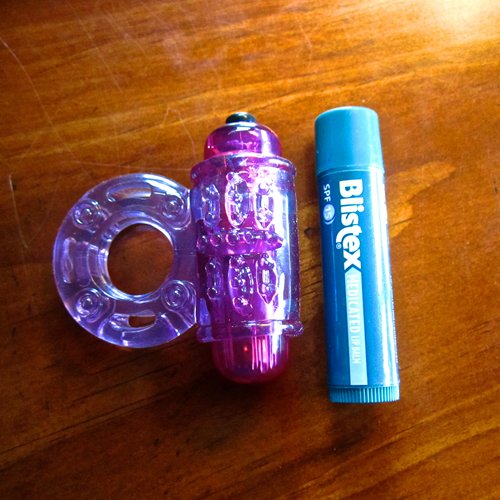 I (K) still found the larger size comfortable, but M disagreed saying that when going deeper inside during sex the toy pressed into his pelvis making it uncomfortable. The ring itself, without the bullet inside, was comfortable for him though. It was stretchy enough to fit perfectly around that shaft and would probably fit most men. The ring could also be worn around both the shaft and testicles.

The bullet inside is powered by three watch batteries which are included along with three extras! It is turned on and off by a single button on the end. Alone the bullet has a surprising amount of power; its buzzy vibrations almost made my hand feel numb when holding it. But, when it is put inside the sleeve of the ring it seems to lose a great deal of power!

The silicone sleeve that the bullet slides into is quite thick which seems to decrease the strength of the vibrations. On top of the thickness of the sleeve, there are also little nubs on top that are supposed to help with clitoral stimulation, I found them to just aid in the diminishing of the vibrations! 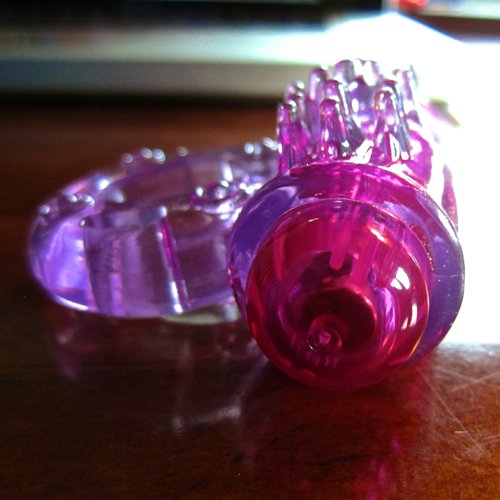 One issue I had with my O Wow is that as I was pulling the bullet out of the sleeve for the first time to wash it the little O-ring around the cap broke! Guess what this means… it's no longer waterproof! I don't know if it was broken before I pulled it out or as I was pulling it, but it was very disappointing. 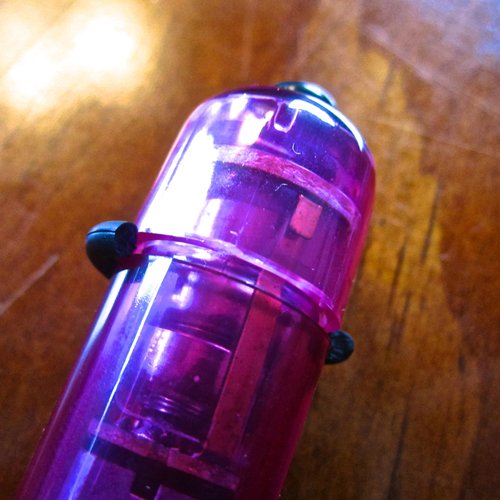 This toy had gotten many great reviews so the first day M and I got it we were so excited to try it. We've tried a few vibrating cock rings in the past, but they were disposable and we thought we'd upgrade to something that we could enjoy over and over! As we hopped into bed we turned the ring on and found that it was pretty loud, but we tried to ignore the sound and started going at it. As I moved up and down his shaft each time my body met the ring it got louder.

After a couple seconds we both started laughing about the sound. I said, "It just reminds me of an electric razor!" He responded, "It sounds like someone using a circular saw outside!" The sound was actually so annoying and distracting that M ended up losing his erection!

I feel like even if we were both deaf we still wouldn't have enjoyed this ring. Along with getting louder each time my body pressed against it the vibrations also didn't feel as strong. When the toy is just slightly touching the clitoris it feels great, but as soon as any pressure is applied it just stops feeling good. I would not consider myself a power queen at all, but this toy just didn't cut it for me! Usually when we used vibrating rings the vibrations also make M's penis vibrate, but this ring didn't do that; he said he could barley feel it vibrating at all.
Follow-up commentary   I still don't like it 2 months after original review
We tried it a few more times since the original review and it's still more annoying than pleasurable. It's difficult to be "in the mood" when it's very noisy.
This content is the opinion of the submitting contributor and is not endorsed by EdenFantasys.com