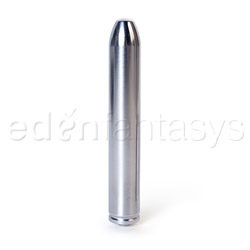 The 10 function vibe looks like an elongated bullet with a blunted tip. It's actually quite attractive - so shiny and smooth. 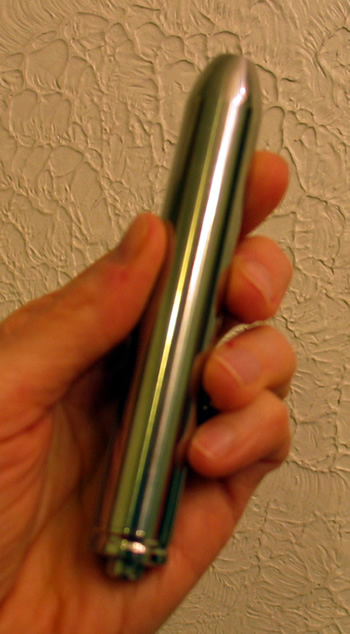 It is controlled by a single push button on the end. One press turns it on. Additional presses move it through its vibration modes.

It's a great size. It's easy to hold and manipulate and feels luxuriously heavy for its size.

This vibe is powered by a single AA battery. The cap requires multiple revolutions to screw or unscrew. The threads appear to be surprisingly narrow. A rubber O-ring at the base of the threads ensures that it is watertight. The battery is inserted with the plus end pointing to the tip, which is different from most battery operated vibrators.

It's really quite an attractive product. I believe anyone would be delighted to own it.

The 10 function vibe has multiple vibration modes. Press the control button to turn it on. Each additional press moves it to the next function. Pressing the button when you're on the last vibration mode moves it back to the first mode. To turn it off, hold the button down for three seconds.

The vibration modes are:

I tried using this vaginally. It's not terribly long, but that is possible. I didn't find it to have strong enough or deep enough vibrations to be successful used that way.

It's only moderately noisy. You will be able to cover the noise it makes with music.

The 10 function vibe is waterproof and easy care but you do have to make sure you don't use abrasive cleansers that could damage its finish. Simply rinsing with soap and water appears to be sufficient.

The 10 function vibe comes in an incredibly sturdy case. 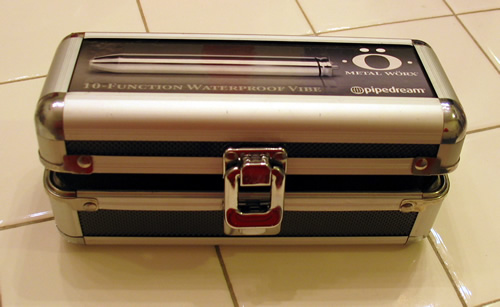 A picture of the product is on the top and a brief description is on the bottom. 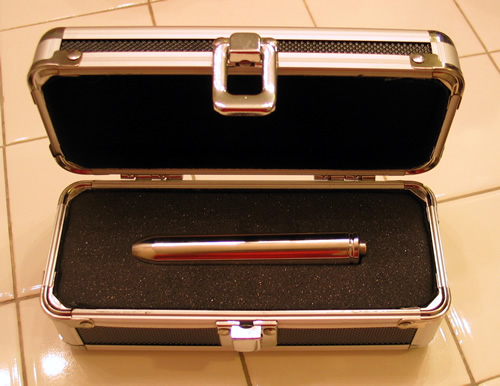 There would actually be room for about ten of these vibrators if the padding weren't in place. The padding can be removed if you have a desire to store something else in the case. The labels on the top and bottom can be peeled off as well, allowing you to repurpose the case for entirely other reasons.
This product was provided free of charge to the reviewer. This review is in compliance with the FTC guidelines.